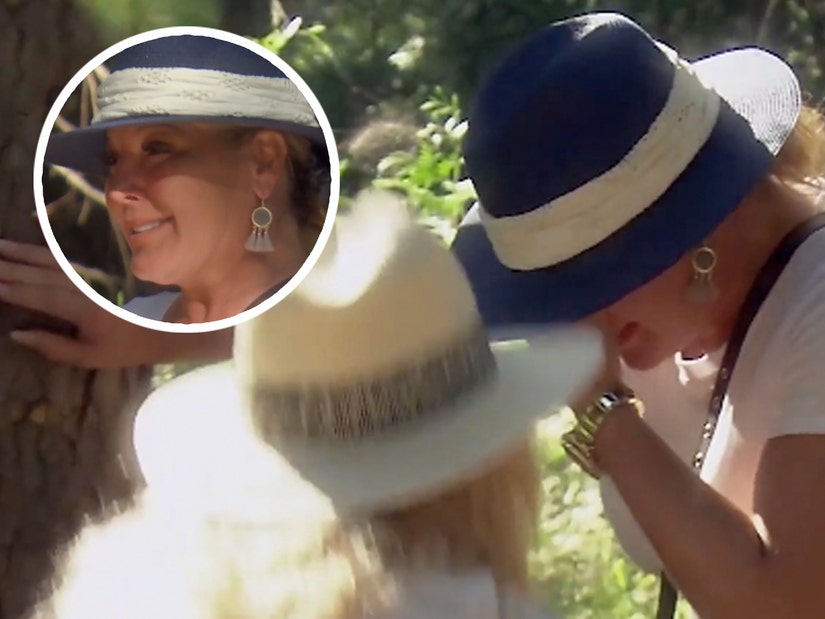 "Real Housewives of Orange County" star Elizabeth Vargas began to open up about her secret past on Tuesday's new episode, before a panic attack led to her collapsing to the ground.

It all went down during a group trip to Lake Arrowhead, after Vargas first confronted costar Braunwyn Windham-Burke about investigating into her past and divorce from Bernt Bodal.

Vargas broke down in tears as she said she wasn't forthcoming about it initially because she has a distrust of women. "I was scared of women because so many women betrayed me. So many women," she said. 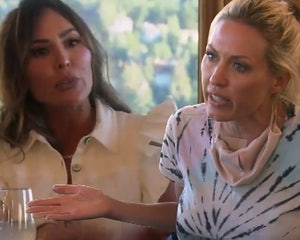 Later in the episode, after she and Braunwyn had mended fences, Vargas confided more in her costar about her traumatic childhood before meeting and marrying Bodal.

"When you meet an older man and you're a younger woman, I'm a broke jazz singer, no education, from a poor family. I saw this as my meal ticket," she said. "I made the wrong choices. I should have made choices for myself, but I made choices for my family. You did this for what, a Ferrari?"

She said she was worried about being accepted by her costars because "I have a f--ked up story." When Braunwyn told her that they all did, Vargas began to open up in more detail.

"I'm gonna tell you this, but like, I'm not ready to tell many people this. I was raised in a very, very religious situation where I was told to absolutely not open my mouth or tell the truth about what was happening," said Vargas.

"And I have a very very hard issue with stopping the compartmentalization because I grew up in this horrible situation," she continued. "That's why I don't let people get to know me. No one really knows me. I don't want to live that way anymore."

"My mom did everything she could to get her kids out of that situation. And she did, that's why I love her to death. But I don't want to tell her about my pain," Vargas continued. "I can't talk about that because she freezes and she goes into this complete blank. She's in PTSD from what happened. She got her kids outta there, that's all that matters, we're safe."

Vargas said she had never told anyone that before, saying that she knows she needs to get help to deal with her trauma but didn't know where to turn.

"I don't wanna be one of those people where they chuck you into a psych ward," she said. "I don't know what I need. I do need help, but I don't know how to get it."

"I'm not gonna tell all the girls that, 'By the way, I was in a religious f--king cult growing up that told me to shut my f--king mouth or I'd be thrown under a bridge,'" she continued, catching Braunwyn completely off-guard. 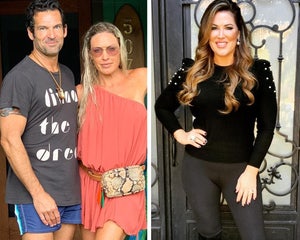 In a confessional, Vargas said that she "grew up in complete fear, anxiety, anguish." She added, "I was always scared for my life, because we were beaten so bad I thought for sure I was going to die one day of it."

She then began to have a panic attack talking to Braunwyn, gasping for air as she exclaimed, "I really can't talk about this. This is bothering me, like a lot. I've never talked about it. I'm not ready. I'm literally not ready to talk about this. I just can't!"

Telling Elizabeth she was having a panic attack, As Braunwyn helped Vargas to the ground to catch her breath, as a slate came up telling viewers, "To be continued ..."

A preview for next week showed Vargas telling one of the other women, "I went through a situation as a young girl that no woman should ever go through," before seemingly meeting up with a physiatrist.

In an interview with Heather McDonald's Juicy Scoop podcast earlier this month, Vargas said her grandmother ran a church in the Midwest growing up and encouraged their followers to give her all their income. "We all lived on the same property. We lived in trailers," she revealed. 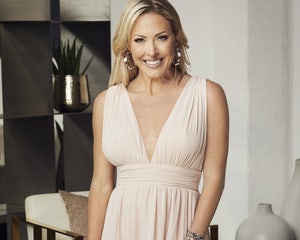