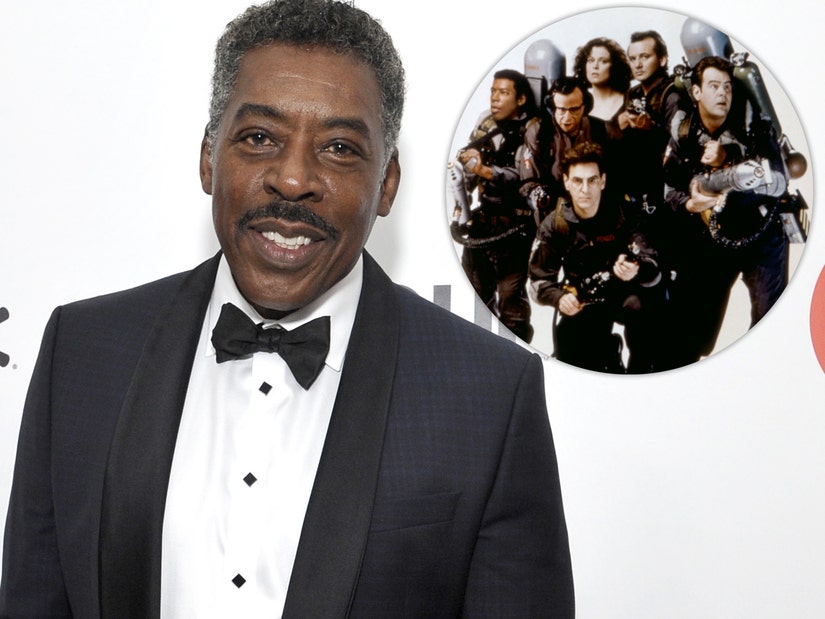 To "see the guys in their jumpsuits, it was almost spiritual," says Hudson.

It's been 30 years since the "Ghostbusters" last donned their jumpsuits and proton packs to take out a few unruly spirits -- but almost all of them will be back in action when "Ghostbusters: Afterlife" is released later this year.

Bill Murray, Ernie Hudson, Dan Aykroyd, Sigourney Weaver and Annie Potts are all confirmed to appear in the sequel -- and Hudson revealed just how moved he was to be back on set.

"I look back and I don't realize how much of an impact that movie had on my life, on my career, on my everything, my world," he told TooFab. "So, just to go back on the set and see the guys in their jumpsuits it was almost spiritual. I mean, I actually got emotional."

"It was the weirdest feeling to see Sigourney and Annie and to see the new cast, and to see Jason all grown up and directing. It was just ... honestly, I got emotional," he added.

Jason, of course, is director Jason Reitman -- son of Ivan Reitman, who directed the first two films. Jason grew up on the sets of the original films and would have been just 7 when the first one hit theaters. "Afterlife" comes after three decades of sequel talk, sequels which were delayed for numerous reasons -- including Murray's reluctance to commit, the death of star Harold Ramis and Sony opting for an all-female reboot in 2016.

"We talked about a sequel [for years]," said Hudson. "To actually see it happen and to do it with a script that's a really great script and Jason has proven himself to be a really great director ... I was just so thankful to be a part of that."

"Ghostbusters: Afterlife," which has already been delayed twice due to Covid, is due out June 11, 2021. Hudson, meanwhile, can be seen in the new action film "Redemption Day" in theaters January 8 and VOD on January 12.