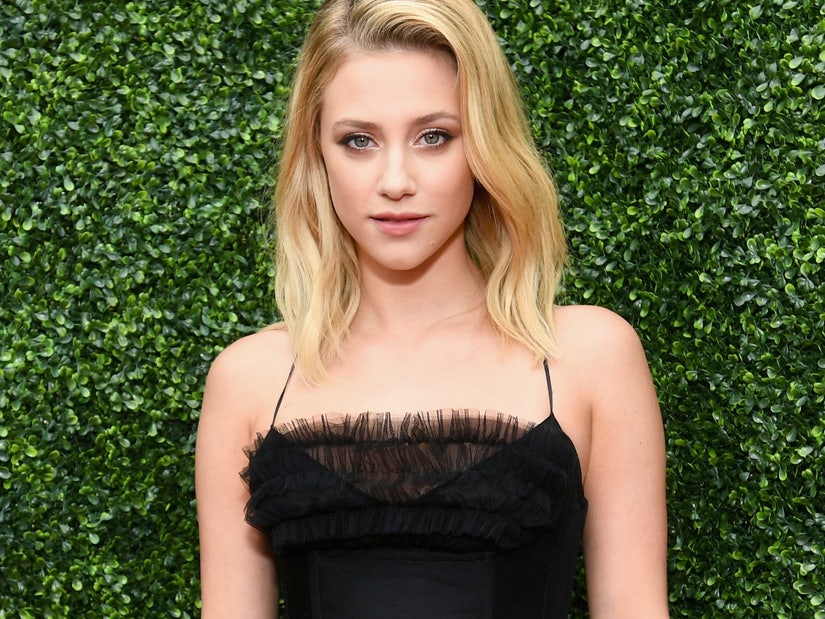 "Those were not my words and I wanted to address it."

Lili Reinhart has issued a response after it was revealed someone impersonated her in interviews.

On Friday, the "Riverdale" star, 24, took to her Instagram Story to react to the news, calling it "bizarre."

"For some bizarre reason, someone impersonated me in an interview with Seventeen," Reinhart wrote, alongside a statement from the publication. "Nothing inappropriate was said, but those were not my words and I wanted to address it."

The imposter, whose identity has yet to be revealed, successfully posed as Reinhart in interviews with Seventeen Magazine and The Daily Express. Both publications retracted their stories.

Seventeen issued a statement on Twitter, apologizing to Reinhart and her fans.

"Today, we briefly published a story with information we were lead to believe was from Lili Reinhart. However, it was brought to our attention that the person who contacted us was, in fact, an impersonator and had no connection to the 'Riverdale' star," the publication explained. "We want to sincerely apologize to Lili and her fans for this unfortunate situation."

"We reacted swiftly by removing the story from our site and regret the erroneous reporting," the statement added. "We take full responsibility and will be internally reviewing our editorial and fact-checking processes to ensure something like this does not happen again."

Lucas-Hill Paul, an overnight TV reporter for The Daily Express, said he had interviewed a person he believed was Reinhart. After learning he had spoken to an impersonator, Paul took to Twitter to apologize and assured that the article would be retracted. According to Paul, the imposter also pretended to be Reinhart's publicist.

"It's been brought to my attention that the interview I shared with Lili Reinhart was fake, and someone has been impersonating Lili and her publicist," he tweeted. "Obviously, I'm embarrassed and quite disturbed, and sincerely apologize to anyone who was misled by the article."

As it was 3 a.m. on Friday morning when he was informed, Paul said the story wouldn't be removed until it went through "the correct legal procedure," but assured, "I will do my best to ensure the matter is resolved as soon as possible, though."

Paul continued in another tweet, writing, "Thanks for all the kind words. It's clearly been a strange day for 'Riverdale' fans and I can only hope my apology eventually reaches Lili herself. I'm very sorry someone thought to do this to her, but it's clear they're in a tiny minority of those who just want to watch a fun show."

According to Buzzfeed, the imposter had discussed details about "Riverdale's" new season with the two publications.