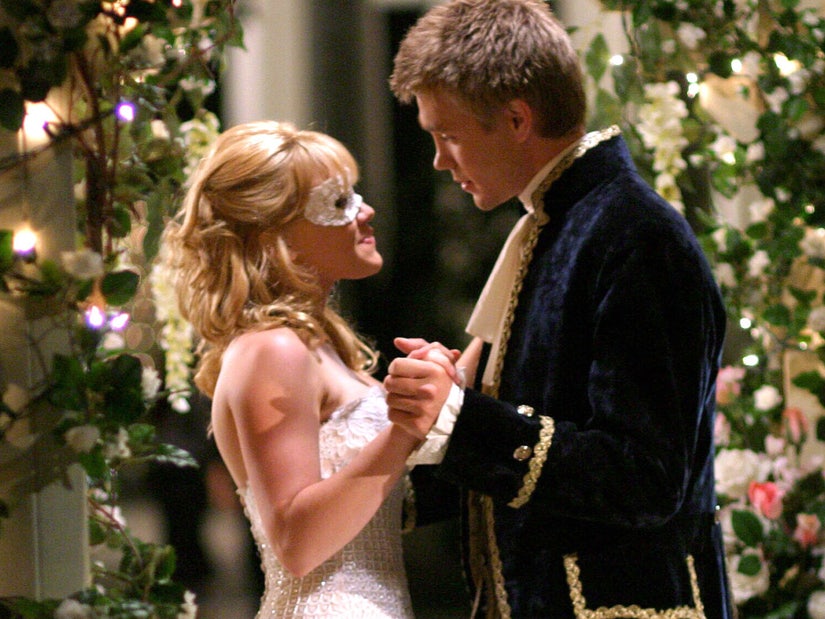 These actors had to work with their celebrity crushes!

Everyone has had an innocent crush on a co-worker at one point in time, but for actors, those co-workers happen to also be their co-stars!

Stars like Zac Efron, Sandra Bullock, and Selena Gomez have all admitted to having feelings for someone they worked with - but only chose to reveal it after filming had wrapped. While some stars chose to keep their feelings to themselves to avoid awkwardness on set, others decided to keep it lighthearted and get everything out in the open.

Find out which actors admitted to totally crushing on their co-stars...

Zac Efron once had a crush on his "Neighbors" co-star Rose Byrne, who he described as his ideal wife.

"She might be my favorite actress in the world! She's got like a light about her you can't teach or learn. It's really kinda magical. In this movie she plays a strong, funny, easy-going woman. She's gonna redefine what you want a wife to be. Australian girls are incredibly charming. [Rose] has a unique perspective on life, it's really upbeat and funny. You could say that's gotta be from Australia," Zac told Cleo magazine.

While he never ended up dating the Aussie actress, his current girlfriend Vanessa Valladares is from Down Under so it looks like he did find his Australian dream girl!

While Kristen Stewart definitely had a crush on her "Twilight" co-star Robert Pattinson, she later turned her attention to her "On The Road" co-star Amy Adams.

"Amy Adams, man, she's my favorite actress right now. I have a total crush on her because I got to work with her," Kristen once told W Magazine.

Helen Mirren unexpectedly admitted to being a "little in love with" her "Fast and the Furious" co-star Vin Diesel -- and it seems like the feeling was mutual! After seeing Vin Diesel give a speech at an award ceremony, Helen described him as "so smart, and so funny, and so cool."

Then, once they got the chance to work together, Vin called the experience "one of my favorite days in my journey." While honoring Helen at the Chaplin Award Gala, he added, "No one else in the room mattered. Nothing existed but this bond between her and I, and there was something really magical and really special about it. It's something that I'll take with me for the rest of my life." 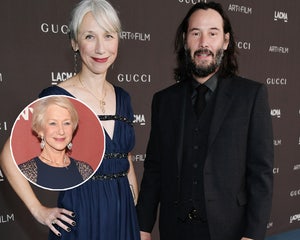 Back when Sandra Bullock and Keanu Reeves were working on "Speed" together, they both had a crush on each other but didn't know it! It wasn't until 2018, over 20 years later, that Sandra admitted she had a thing for him.

"I think about how sweet Keanu Reeves was, and how handsome he was. It was hard for me to really be serious because he'd look at me and I'd be like…,” Sandra said, imitating her giggle at the time. "Never dated him. I guess there was something about me I guess he didn't like."

But it turned out that Keanu did, in fact, like her as well, which he revealed in an interview the following year: "She obviously didn't know I had a crush on her either... It was nice to go to work. She's such a wonderful person, a wonderful actress."

Hilary Duff says she once had a crush on her "Cinderella Story" co-star Chad Michael Murray back when they filmed the beloved movie in 2004.

"I definitely had a crush on [Chad]. We had a few kissing scenes in the movie and I remember feeling pretty nervous about that, but then we became friends and I wasn't so nervous anymore," Hilary told Cosmopolitan. 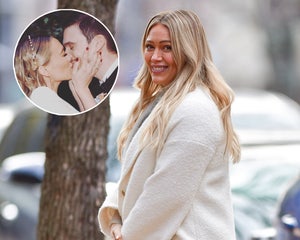 Josh Brolin may be happily married but he revealed that he told his "Deadpool 2" co-star Ryan Reynolds that he had a crush on him!

"I was a secret fan of 'The Proposal,' having watched it several times by myself. I told Ryan. I was like, 'I don't know why this is, and I don't know what this means psychologically, behaviorally, emotionally, but I have kind of a crush on you," Josh told Entertainment Weekly.

As for Ryan's response? He totally didn't believe it, saying, "He's mentioned it many times, which is weird to me because he's so tough. I would just never imagine that. Like, he pretends he's, like, all sort of New Agey sometimes and all this stuff, but deep down inside I just think his heart is made of some, like, jagged chunk of Yosemite granite. I don't buy that underneath all this textured skin is a sweet little angel that loves romantic comedies. I don't buy it. Not for a second."

Selena Gomez revealed that she fell for her "Rudderless" co-star Billy Crudup while watching him in "Almost Famous."

"I had a crush on him. I went through my whole 'Almost Famous' phase, so I was like Penny Lane for a good month. I wore the outfits and had the hair and the glasses… and then, I found out I was going to be a part of the movie [with Billy] and it took me a minute at first, because I kind of had a little bit of a crush on him!" she said on "Jimmy Kimmel Live!"

Emma Watson says that her first crush was on her "Harry Potter" co-star Tom Felton and while they didn't date, he totally knew about it!

"He was my first crush. He totally knows. We talked about it - we still laugh about it. We are really good friends now, and that's cool," Emma told Seventeen magazine.

Ariana Grande has always noted Jim Carrey as her celebrity crush and in 2019, she got the chance to be a guest star on his show "Kidding."

"My childhood crush, my lifelong crush, it kind of all goes together, it's Jim Carrey," Ariana explained before her role on the show, adding that the first time she met him, "He was so over-the-top nice, and perfect, and just as I hoped he'd be. He told me in his Jim Carrey way, 'Remember, be nice.' OMG, he's so cute."

Cole Sprouse may have just been eight-years-old when he appeared on "Friends" but that didn't stop him from having a huge crush on his co-star Jennifer Aniston -- and getting teased by the show's crew!

"I had a really, really hard time working with Aniston because I was so in love with her. I was infatuated. I was speechless — I'd get all bubbly and forget my lines and completely blank… It was so difficult," Cole told the New York Post.