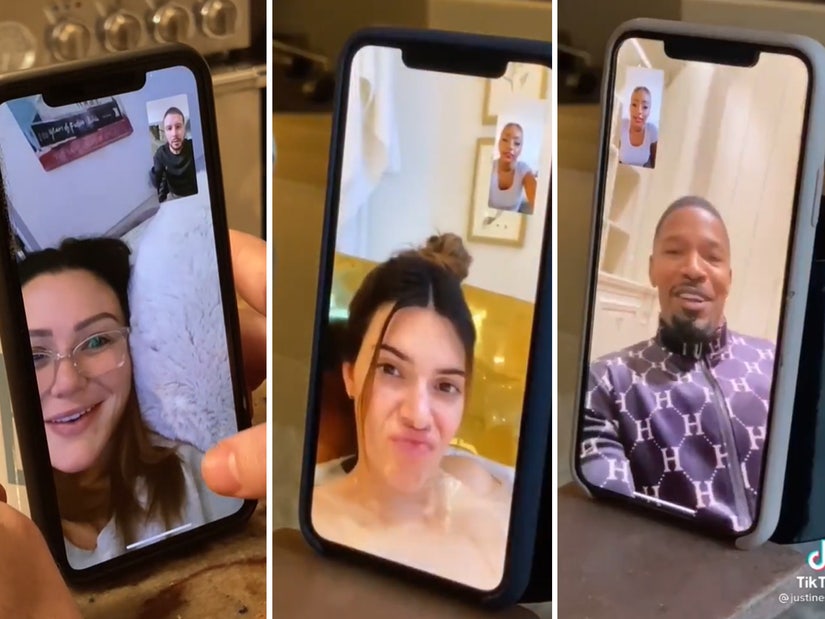 Vinny pulled a fast one on his costars, while Justine Skye called up her famous friends.

"Jersey Shore" star Vinny Guadagnino and Justine Skye pranked a few familiar faces while both taking part in the #ImBusyRightNow challenge on TikTok.

The rules of the social media prank are pretty simple: the prankster calls up their friends on FaceTime and records their confused reactions after immediately being told, "I'm busy right now, can I call you back?"

His first victim was Deena Nicole Cortese, who -- it should be noted -- is in his phone as "Deena mtv." Her initial reaction was utter confusion, as she exclaimed, "Wait, did you call me?

Jenni "JWoww" Farley responded by calling Vin a "f---ing ass----" while Pauly D was equally puzzled by the quick hangup. Mike "The Situation" Sorrentino was caught off guard in the dark, before Nicole "Snooki" Polizzi -- or "Snookie," in Vin's phone" -- answered with a glass of wine in her hand.

When Vin asked if he could call her back, she simply told him, "No," before asking what he wanted. Ronnie Ortiz-Magro was unbothered, while Angelina Pivarnick called him "so annoying" for the call.

Musician Justine Skye also put her celebrity rolodex on display with her TikTok -- in which she called up Kendall Jenner, Jamie Foxx, Timbaland, Hailey Bieber, Winnie Harlow and more.

Jenner was enjoying her time in a bath when she got the call, exclaiming, "What? You just called me!" -- while Jamie, who's in her phone under a fox emoji, reacted in similar fashion. Hailey, who's listed as "Hail Stonez," suspected something was up, asking, "Is this, like, a thing?"

Timbaland and Luka Sabbat, meanwhile, were both left wondering whether they accidentally called her.