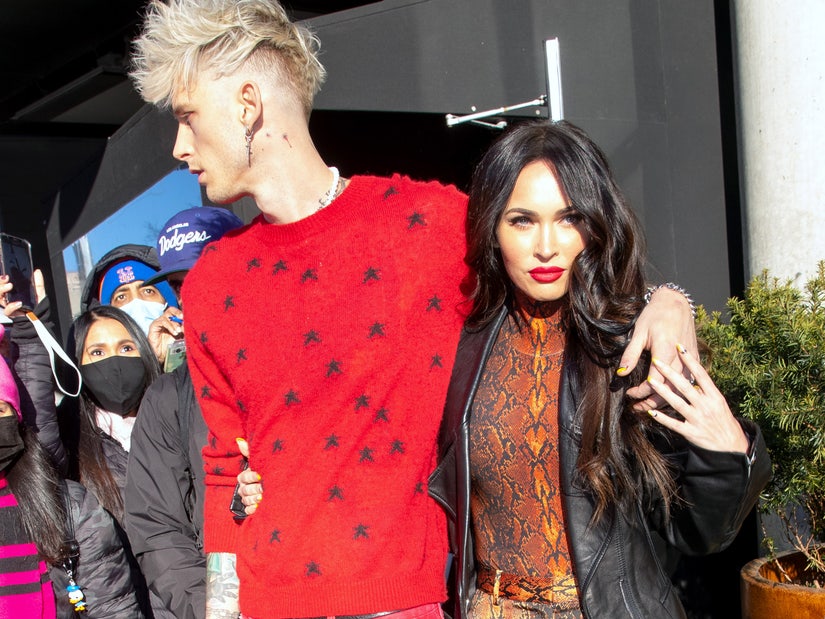 "Best performance that show has ever seen."

Megan Fox is proud of her man.

On Sunday, the actress took to Instagram to praise her boyfriend, Machine Gun Kelly, after he made his "Saturday Night Live" debut over the weekend when he appeared as a musical guest. 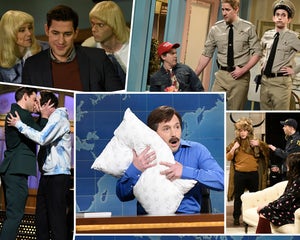 Fox, 34, shared three sweet photos featuring herself and Kelly, 30, from "SNL week." The first photo showed Kelly with his arm around Fox, while the two others featured Kelly holding up the "Transformers" actress in his arms.

In the post's caption, Fox gushed over her beau's performance.

"SNL week. Best performance that show has ever seen 🤯💔" she wrote alongside the pics, which appeared to be taken outside of 30 Rockefeller Center in New York City, where "SNL" is filmed.

On Saturday night, Kelly made his "SNL" debut alongside first-time host John Krasinski. Kelly performed two songs from his latest album, "Tickets to My Downfall," singing his hits, "My Ex's Best Friend" and "Lonely."

While the artist didn't appear in any skits on Saturday, he still was a part of a hilarious moment. During the closing credits, Kelly embraced his BFF Pete Davidson. However, Kelly grabbed Davidson by his legs, causing the two to topple over and fall off the stage.

Watch Kelly's performances -- and his and Davidson's epic fall -- in the clips, below.

Meanwhile, ahead of Kelly's debut on "SNL," the singer -- whose real name is Richard Colson Baker -- and Fox sparked engagement rumors. On Friday, Fox was spotted wearing a huge, sparkly ring on her left hand while out in New York City.

However, the "Jennifer's Body" actress later appeared to shut down the rumors on her Instagram Stories. According to ET, Fox shared a photo of her left hand, showing off a ring that read, "F--- you."

A source told PEOPLE that Fox and Kelly are "not engaged," yet are "very serious and plan on spending the future together."