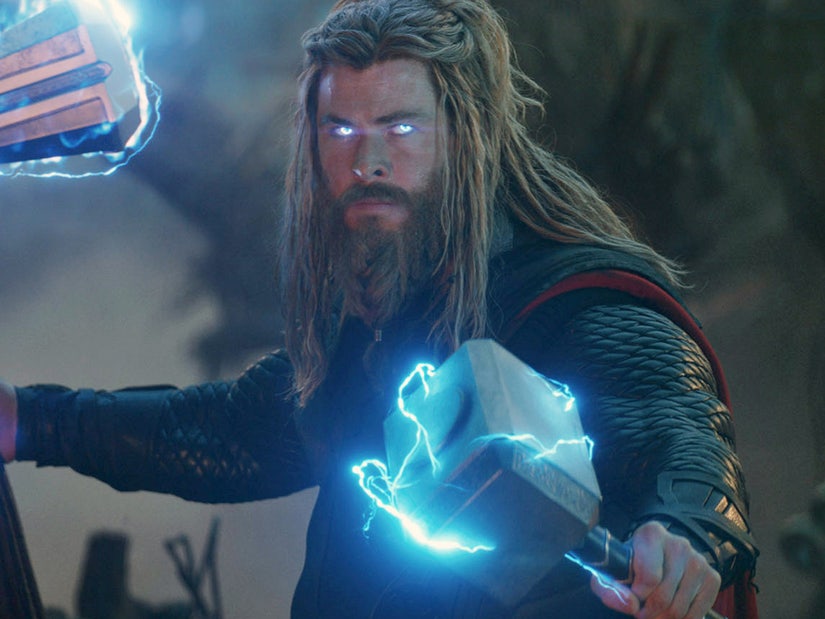 Kraglin and Nebula were also spotted as filming kicks off in Australia.

Chris Hemsworth and Chris Pratt were spotted for the first time on the set of the upcoming "Thor: Love and Thunder" -- where the God of Thunder was spotted rocking a brand new look.

The last time we saw Hemsworth's Thor was in "Avengers: Endgame," a film in which the actor wore a 60-70lbs "fat suit" to play an overweight version of the character struggling with grief and depression. After helping take down Thanos, he joined up with the "Guardians of the Galaxy" to explore space and, presumably, try and track down Gamora (Zoe Saldana). 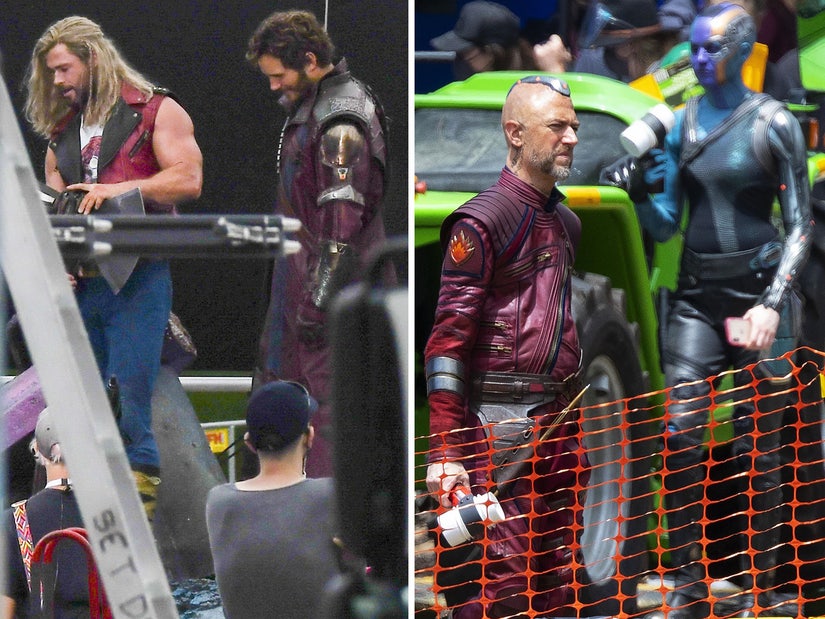 Hemsworth was seen showing off his always-impressive arms in a red leather vest on set in Sydney -- a costume many believe is a nod to the Eric Masterson version of the character, also known as Thunderstrike, from the early '90s.

While it appears the added weight might be gone for good, the character still has the Stormbreaker axe he wielded in both "Infinity War" and "Endgame."

Pratt's Star-Lord, meanwhile, was once again rocking his maroon trench coat, which appears to have a few new metal accessories.

Also spotted on set: Sean Gunn's Kraglin, one of the Ravagers who also helped assist in the battle against Thanos, and Karen Gillan's Nebula, who was wearing a dark new suit.

"Thor: Love and Thunder" will also feature the return of Natalie Portman's Jane Foster to the MCU -- and she will, at some point, take up the mantle of Thor in the film.

Christian Bale will also star in the film as villain Gorr the God Butcher, while Tessa Thompson's Valkyrie will also be back.

"When we were shooting Ragnarok, I was reading one storyline by Jason Aaron, called The Mighty Thor," director Taika Waititi previously revealed. "And for those of you that don't know that storyline, it's incredible and full of emotion and love and thunder. And it introduces, for the first time, a female Thor."