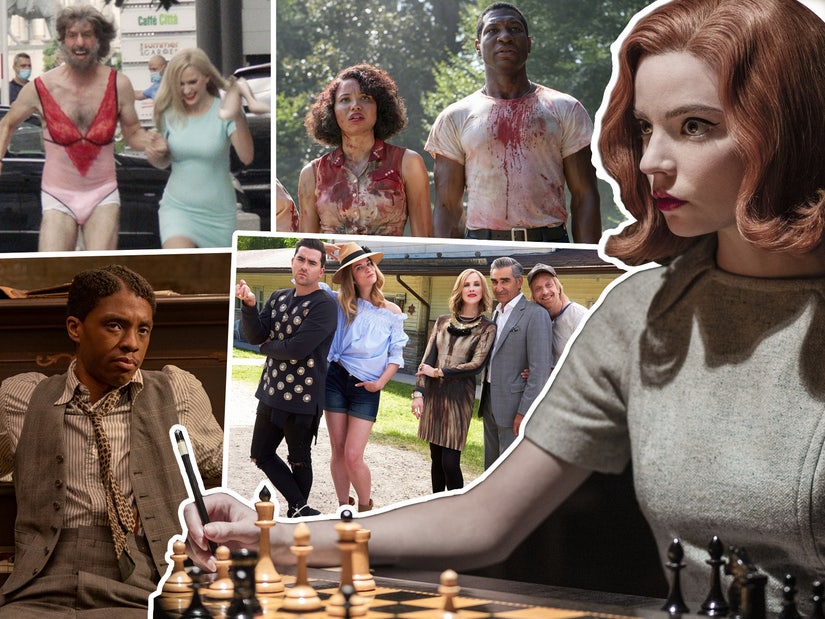 While most of us are still in lockdown, award season is still very much happening in 2021. Though last year's event went down in early-January, the 78th Annual Golden Globe Awards were delayed until later this month -- and today, we finally got our nominees.

Actresses Sarah Jessica Parker and Taraji P. Henson announced the noms on Wednesday morning, revealing who the Hollywood Foreign Press Association decided to celebrate in both TV and film.

Garnering the most love on the film side were movies like "The Trial of the Chicago 7" and "Borat Subsequent Moviefilm" -- which both earned Sacha Baron Cohen nominations -- as well as "Promising Young Woman," "Mank" and "The Father." Chadwick Boseman earned a posthumous nod for his work in "Ma Rainey's Black Bottom," while Regina King scored a directing nomination for "One Night In Miami."

On the TV side, "The Crown" continued its reign as an awards darling -- picking up a Best Drama nod, as well as noms for stars like Olivia Colman, Emma Corrin (Princess Diana) and Josh O'Connor (Prince Charles). "Ozark" and its stars got a lot of love as well, as did "Schitt's Creek" -- which has never been a contender at the Golden Globes until now, the show's final season.

Surprising and first-time noms on the TV side included "Emily In Paris" and its star Lily Collins getting nominations, Kaley Cuoco and "The Flight Attendant" scoring some love (see her shocked reaction above!), as well as newcomers and one-offs like "Ted Lasso," "The Queen's Gambit," "The Undoing" and "The Great." Though "Normal People" and star Daisy Edgar-Jones were nominated, Paul Mescal was snubbed.

Also completely MIA from the nominations: Michael Coel's acclaimed "I May Destroy You" and the actors from "Lovecraft Country," though the show itself did score a Best Drama nod.

Tina Fey and Amy Poehler will host the actual event -- from opposite coasts -- which will air on February 28 on NBC.

- Sacha Baron Cohen, The Trial of the Chicago 7
- Daniel Kaluuya, Judas and the Black Messiah
- Jared Leto, The Little Things
- Bill Murray, On the Rocks
- Leslie Odom Jr., One Night In Miami

- Fight For You, Judas and the Black Messiah
- Hear My Voice, The Trial of the Chicago 7
- Io Si (Seen), The Life Ahead
- Speak Now, One Night In Miami
- Tigress In Tweed, United Stats vs. Billie Holiday

BEST ACTRESS IN A LIMITED SERIES, MINISERIES OR TV MOVIE

BEST ACTOR IN A LIMITED SERIES, MINISERIES OR TV MOVIE