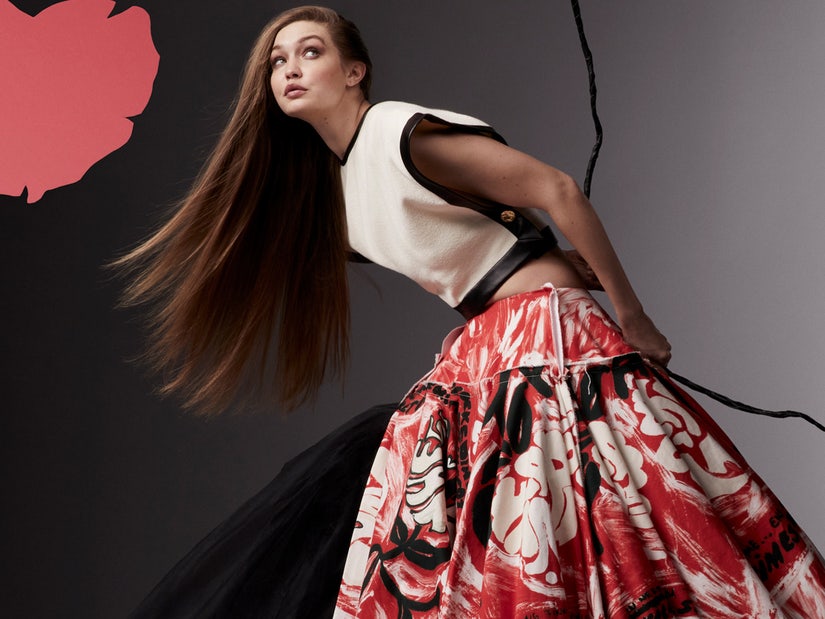 "I had to dig deep. I knew it was going to be the craziest pain in my life, but you have to surrender to it and be like, 'This is what it is.' I loved that."

Gigi Hadid is opening up about giving birth.

In Vogue's latest cover story, published Thursday, the model and new mom -- who welcomed daughter Khai with boyfriend Zayn Malik back in September -- detailed her birthing experience, revealing she had a home birth without an epidural.

When she was in labor, Gigi, 26, said she was only surrounded by Zayn, her sister Bella, her mother Yolanda, a midwife, and her assistant.

"When you see someone do that, you look at them a bit differently. I probably looked crazy, actually," she recalled. "I was an animal woman."

Gigi said she had originally planned to deliver at a hospital in New York City, but changed her mind because of Covid restrictions and after she and Zayn watched the 2008 documentary, "The Business of Being Born."

While she decided on having a natural birth at her home in Bucks County, Pennsylvania, Gigi admitted there was a moment during labor in which she had second thoughts.

"I had to dig deep," she explained. "I knew it was going to be the craziest pain in my life, but you have to surrender to it and be like, 'This is what it is.' I loved that."

"There definitely was a point where I was like, I wonder what it would be like with an epidural, how it would be different," Gigi added. "My midwife looked at me and was like, 'You're doing it. No one can help you. You're past the point of the epidural anyway, so you’d be pushing exactly the same way in a hospital bed.'" 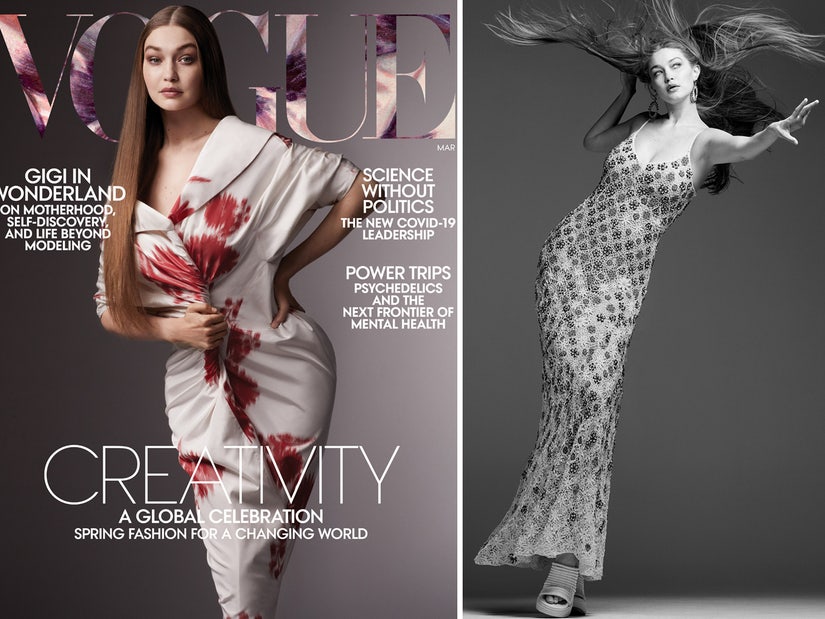 The new mom said Zayn caught the baby. "It didn't even click that she was out," Gigi recalled. "I was so exhausted, and I looked up and he's holding her. It was so cute."

She also noted that Zayn compared his experience of Khai's birth to a lion documentary he watched, which featured a male lion waiting nervously as the lioness delivers. "Z was like, 'That’s how I felt! You feel so helpless to see the person you love in pain,'" Gigi explained.

She later added, "I know my mom and Zayn and Bella were proud of me, but at certain points I saw each of them in terror. Afterward, Z and I looked at each other and were like, We can have some time before we do that again."

In her Vogue cover story -- which marked Gigi's first-ever solo Vogue cover -- the model shared details about her new life as a mother. Unlike many celebrities, Gigi doesn't have a nanny or a baby nurse.

"She decided to completely take care of the baby alone," Yolanda said of her daughter. "I think that bond is so important.”

Meanwhile, Gigi also noted that Khai will "definitely be raised" on the farm.

"The greenery and the farm-y lifestyle are similar to what made me feel really centered as a kid, and I think that’s really important to Zayn and me," she told Vogue. "I think that just giving your child the opportunity to explore different interests is such a beautiful thing."

When it comes to raising their daughter, Gigi said she and Zayn plan to "do it in [their] own way."

"You have a kid and you’re lying in bed together and you look over and you're like, 'Okay, what now?' And you ask all of your friends the same questions, and everyone has a different answer," she explained. "And that's when you kind of realize that everyone figures it out for themselves. And you do it in your own way, and you can take bits and pieces from people, but you're always going to end up doing it a little bit differently. This is our way."

On Thursday, Gigi took to Instagram to reflect on her first solo Vogue cover story, saying she's "emotional" and "honored." 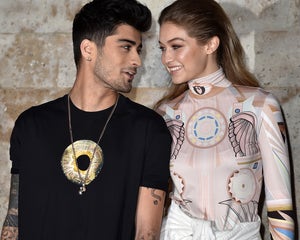 "Who would have thought I'd be feeding my baby girl her morning bottle as we share my first @voguemagazine solo cover ?! 🥺 " she captioned the post. "I am emotional and honored to take my first professional step, in this new chapter of womanhood, with this dream come true! Khai is now rockin' in her Nemo bouncer so I can type this, and I'm reflecting on all the people, memories, flights & fittings, early mornings, late nights, laughs & tears, mishaps & miracles that have made up my almost-decade in fashion."

Gigi also thanked those who worked on the shoot -- which included some close pals -- and of course Anna Wintour. She also gave a shoutout to her fellow mamas.

"These friendships, creative bonds, and the little moments, in between the big ones that the world sees, have been the greatest blessings of my career," she wrote. "Anna, I am so grateful for this moment. I dedicate it to everyone who has lent me their time and talent in any way over the years, and I also dedicate it to all the moms who haven't brushed their hair in a couple days, either! Cheers!"