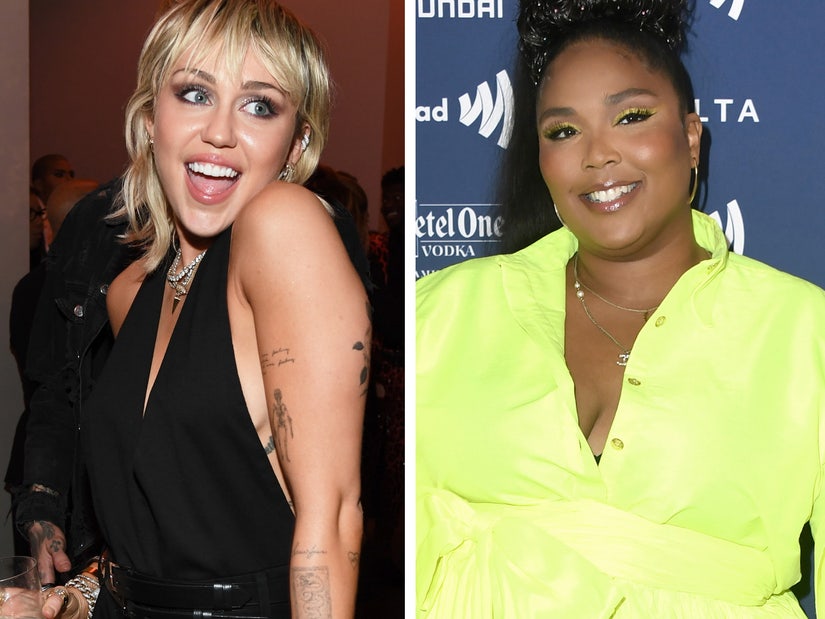 The "Truth Hurts" singer posted videos of herself singing and jogging on a treadmill after she was inspired by Miley, who had participated in the same -- very impressive -- stamina exercise.

Could Lizzo be getting a new hairstyle soon?

On Thursday, the singer shared videos to social media of herself singing while jogging on a treadmill, noting that she was inspired by Miley Cyrus, who had posted videos doing the same -- very impressive -- stamina exercise. However, Lizzo, 32, made things more interesting, telling Miley that if she commented on her TikTok video, she'd get a mullet. And Miley, 28, responded with quite the comment. 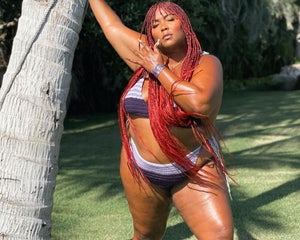 It all began when Lizzo posted a video on both Instagram and TikTok that showed her running and singing on a treadmill.

In the Instagram clip, the Grammy winner sang her hit "Cuz I Love You" as she jogged.

"So, I saw Miley running and singing for stamina, so I'm going to run and sing my song for stamina," Lizzo said of Miley, who previously noted she was doing the exercise in preparation for her upcoming Super Bowl performance.

Lizzo continued in her clip, "I'm doing this for all the big girls out there. They said we couldn't do it!"

The "Truth Hurts" singer went on to run on the treadmill as she sang and rapped "Cuz I Love You" at the same time. Lizzo performed the song in its entirety, jogging and singing simultaneously for over three minutes.

"I'm tireeeeeed... Cuz I Love Yooooouuu," Lizzo wrote alongside the video. "I saw @mileycyrus running and singing on a treadmill so I ran and sang on a treadmill. It was fetch. And F------ HARD. ❤️"

Lizzo also posted a similar, yet shorter video on TikTok, stitching one of Miley's clips of her running on the treadmill.

"If @mileycyrus comments I'll get a mullet 😭😭😭😭" Lizzo captioned the TikTok.

Not only did Miley respond, but she commented with a hilarious NSFW remark.

This comes just a few months after Miley became the subject of a viral TikTok trend back in December when she began giving fans advice on the social media app.

At the time, the singer dove into the comments of anyone using her song "Plastic Hearts" in their videos. As she began responding to her fans, it became a trend to dare her into communicating with them with messages like, "if miley cyrus comments we will get married" and "if miley comments I'll get whatever tattoo she wants." And Miley replied to a handful of fans, sharing some advice and voicing her thoughts on marriage, dating, tattoos and even school.

While it's unclear if Miley's fans -- and Lizzo -- will follow through on their dares after Miley responded to them, we hope the "Midnight Sky" singer continues to spend a lot of her quarantine free time on TikTok.