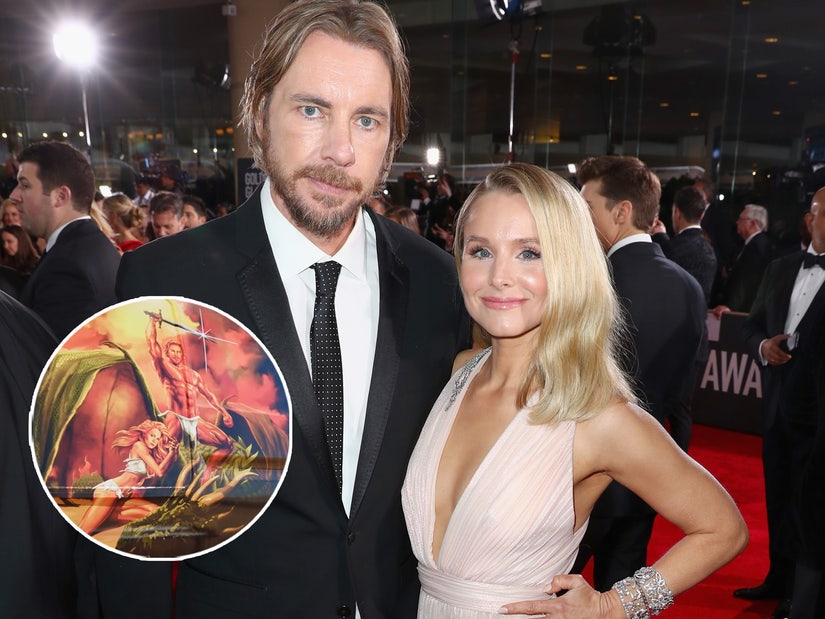 Bell also responds to critic who says it seems like she and her husband "can't f---ing stand each other."

Dax Shepard found himself in the dog house with wife Kristen Bell after she saw a van mural featured on his show, "Top Gear America."

On a recent episode of the show, Shepard had fantasy artwork of him and his wife painted onto the side of a van he purchased. In the illustration, a shirtless and muscled-up Dax -- wearing only a loin cloth -- holds up a sword as Bell -- in her own lion cloth bikini -- grabbed onto his legs. Bell was not a fan.

"[The van] was inspired by 'Breaker Breaker,' a Chuck Norris movie," Shepard told PopCulture. "I've always loved those 70s muraled up vans. I've wanted one. And my wife is pretty adamant that's the one vehicle she doesn't want in our driveway."

"But she wasn't thrilled with the level of 'female empowerment' that was depicted in that mural. Understandably," he added. "And my kind of excuse was we had to honor the era in which this was popular. It didn't fly."

After PopCulture shared Dax's quote on Instagram, one user called out the couple in the comments -- accusing them of always criticizing each other in the media. Bell was quick to respond to the post.

"Every piece of news I see about them talks about how they just can't f---ing stand each other, constantly fight, not this dude is apparently objectifying her as well, just what's the point?" wrote the commenter. "Straight people are so tragic."

Bell replied by saying that while the two "adore each other," they also "try to always be honest about how marriage, or companionship in any form, is hard sometimes."

"You can't always be in control, or right, and it's important to us that we lead with the honesty of your 'perfect match' being a myth," she added. "You gotta work hard to love yourself, and love other humans."

Bell and Shepard tied the knot in 2013 and share two children; daughters Delta and Lincoln. They've been very open about overcoming some of the hardships in their marriage -- including Shepard's ongoing sobriety battle -- and have been vocal about going to couple's therapy.