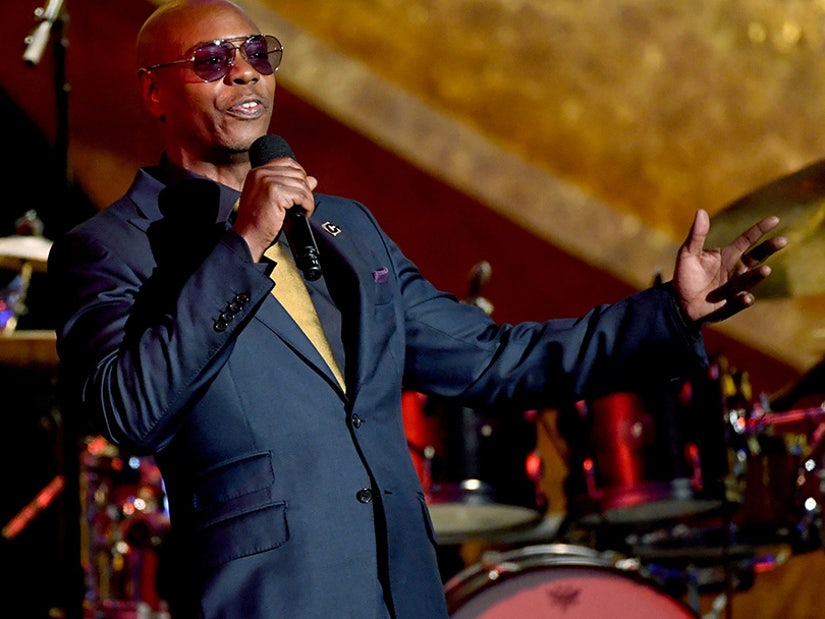 The comedian gave an update on the situation after he revealed in November he had no control over where it was licensed and received no royalties from it.

In a surprise reveal on Thursday night, Dave Chappelle announced that his classic "Chappelle's Show" had returned to Netflix, effective February 12.

It had been removed at his request back in November, which left him with nothing but kind words for Netflix head honcho Ted Sarandos. Certainly, as even Chappelle explained, Sarandos had no obligation to yank the series.

Chappelle had explained then that due to the contracts he had initially signed, he'd basically lost all rights to the show he created that helped put Comedy Central on the map in an even bigger way.

Effectively, not only could ViacomCBS license his show out to any platform they wanted, as they did to Netflix, but Chappelle wouldn't receive a single cent in royalties.

In a comedy clip uploaded to his Instagram, Chappele said of the show's return to Netflix, "This is a very important moment. I want to thank Ted Sarandos at Netflix, a CEO with the courage to take my show off its platform [at] financial detriment to his company, just because I asked him."

On the other end, he explained what had changed and how this happened. "I never asked Comedy Central for anything," he told his audience. "If you remember, I said, 'I'm going to my real boss,' and I came to you because I know where my power lies," said Chappelle.

"I asked you to stop watching the show and thank God almighty for you, you did," he continued. "You made that show worthless because without your eyes, it's nothing. And you stopped watching it."

As a result of this, Chappelle said that the studio actually reached out to him to rectify things, crediting ViacomCBS's Chris McCarthy. "This guy’s younger than me. And like most people younger than me has an interest in making the past right, and did something that was very courageous," Chappelle said. "And finally, after all these years, I can finally say that Comedy Central, it's been a pleasure doing business with you."

As he revealed its return to Netflix in a clip from a standup performance, it was through a similar clip that Chappelle first revealed the contract he'd signed that effectively gave away all his rights.

It's a rare thing for human decency to trump a legal contract. Even Chappelle admitted that Comedy Central and ViacomCBS were completely within their legal right to do what they did and handle his show as they did.

He seemed as surprised as anyone that Netflix agreed to pull it at his request and that it ultimately led to him regaining (at least some form of) control of his signature creation. And now fans can watch all three seasons of "Chappelle's Show" guilt free on Netflix!