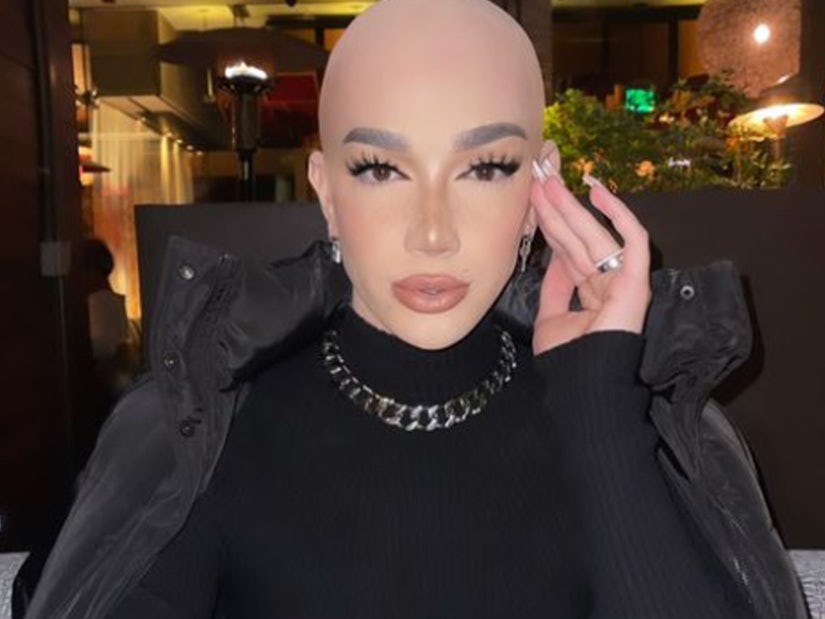 Fans are sharing their thoughts after James Charles showed off a dramatic new hairstyle.

On Thursday night, the beauty influencer shared posts on social media, in which he debuted his apparently shaved head. Although James, 21, said his new bald look is "real," many fans aren't convinced.

While arriving at a restaurant in Los Angeles, the YouTuber was spotted by videographer Kevin Wong, who asked James if he actually cut off all of his hair.

The internet personality also claimed he shaved it himself. "Of course. Had to film," he said. "I had to film the entire thing."

However, many fans don't believe James actually shaved his head, with many speculating that he was just wearing a bald cap. Some users even shared photos of the back of James' head alongside their tweets as evidence.

"So we all know it's a bald cap right ?" a user wrote, while another added, "SIR WHY ARE YOU WEARING A BALD CAP."

"We love you, but we can tell it's a bald cap," a person said. "You can tell makeup was applied at the head cause of the different color and matte finish."

However, fellow makeup guru Manny MUA seemed to suggest James' shaved head is indeed real as he replied to James, writing, "when you facetimed me to show me... my gasp could be heard around the world."

when you facetimed me to show me... my gasp could be heard around the world

So we all know it’s a bald cap right ? pic.twitter.com/xv8nxRdFVA

this is fake but why he look like krillin pic.twitter.com/pW0PjnD3O1

We love you, but we can tell it’s a bald cap 💀😂 you can tell makeup was applied at the head cause of the different color and matte finish