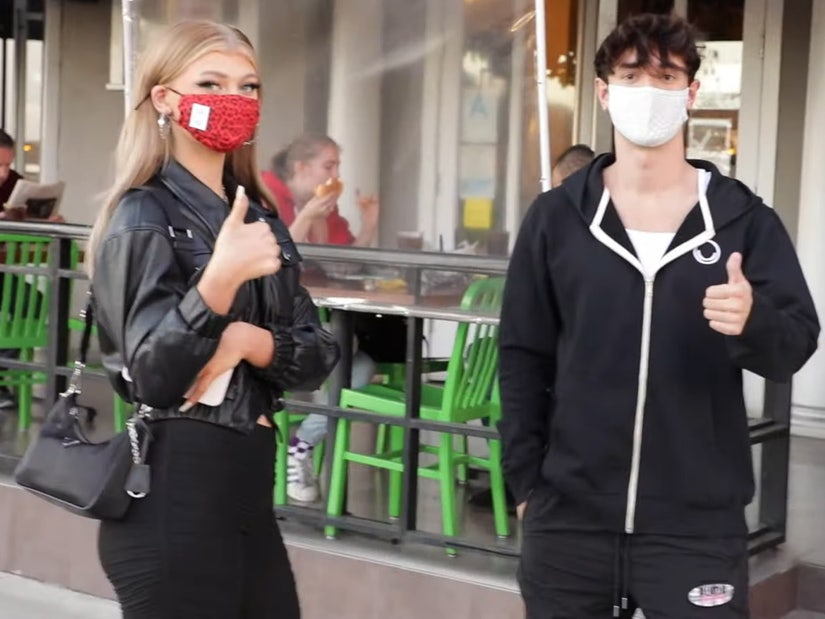 "I haven't been in a scandal in a while, so I feel like it's just that time, you know?"

Bryce Hall was under fire over the weekend after he was apparently caught holding hands and getting romantic on a dinner date with fellow TikTok powerhouse, Loren Gray.

Fans of Addison Rae were appalled and enraged when they saw the seemingly incriminating paparazzi snaps. However, when some sleuthing diehard followers began to investigate they spotted an oddly placed microphone on Hall's white tank top, leading them to speculate that it was all just one big prank.

And they were right!

To ensure the cheating prank would go without complications Hall FaceTimed Gray where she confirmed she was down to play the mistress. Hall also confirmed to viewers that both of their significant others were "okay with it," even FaceTiming Addison before hitting the streets.

"I haven't been in a scandal in a while, so I feel like it's just that time, you know? Now, we need a paparazzi that we can trust to make this completely believable," Bryce explained as he called up fellow friend and TikTok photographer, Kevin Wong, to solidify his master prank. 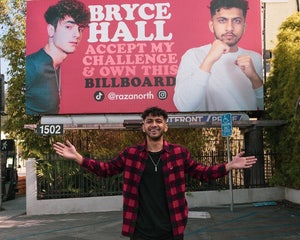 "I'm going to be the most hated person on the internet," Loren claims as Bryce responds, "Yes! Someone else for once!"

After staging the supposed cheating scandal Bryce said, "This is the first strategic chaotic thing we've ever done. Everything else we've done, we f----- up on accident and then had to deal with the consequences. This time, we're controlling the narrative. F--- these pussies. F--- these news outlets. Never trust what you see on the internet."

Unfortunately the internet outsmarted Bryce and fans quickly peeped the microphone attached to his white tee. 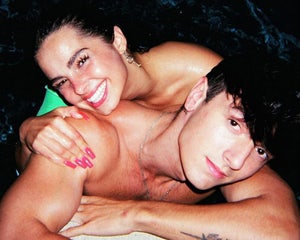 "Hundreds of thousands of people saw the mic just on my shirt. It was a failed attempt. I did try to pull off a prank of the century. Sadly, it fail[ed]," Hall confessed.