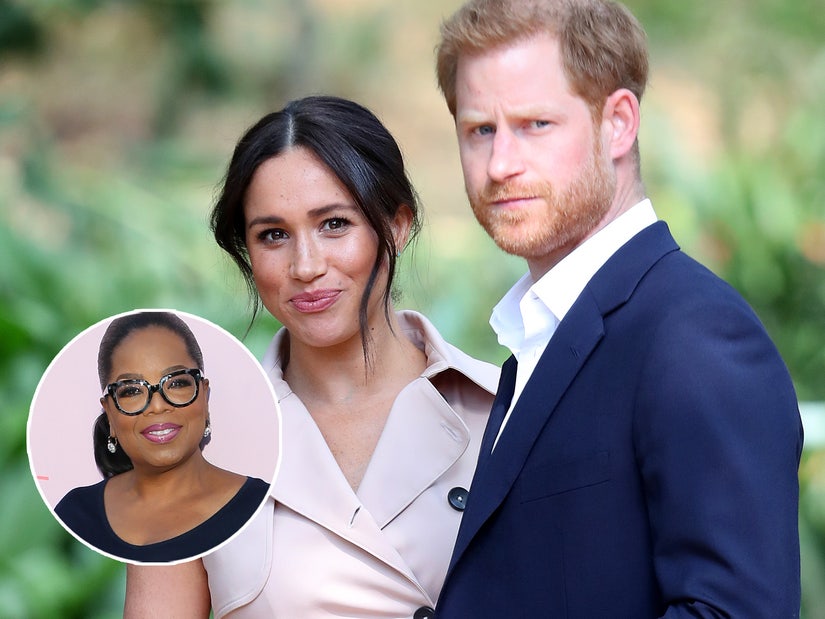 The news comes just after the couple announced they're expecting another child.

Oprah Winfrey is getting to know her neighbors a little better -- as she's set to interview Prince Harry and Meghan Markle for a new primetime special.

On Monday, CBS announced "Oprah with Meghan and Harry: A CBS Primetime Special" will air Sunday, March 7 -- featuring an "intimate conversation" between the trio.

"Winfrey will speak with Meghan, The Duchess of Sussex, in a wide-ranging interview, covering everything from stepping into life as a Royal, marriage, motherhood, philanthropic work to how she is handling life under intense public pressure," reads the release. "Later, the two are joined by Prince Harry as they speak about their move to the United States and their future hopes and dreams for their expanding family."

The news comes just one day after the couple -- who moved to Oprah's Montecito, California area last year -- announced they're expecting another child.

"We can confirm that Archie is going to be a big brother," a spokesperson confirmed along with a pregnancy photo on Sunday. "The Duke and Duchess of Sussex are overjoyed to be expecting their second child."

The two are parents to Archie, who turns 2 in May. Last November, Markle revealed she suffered a miscarriage in July 2020.

After making the pregnancy announcement over the weekend, Buckingham Palace released a statement on behalf of Queen Elizabeth, Prince Philip and Prince Charles saying, "Her Majesty, the Duke of Edinburgh, the Prince of Wales and the entire family are 'delighted' and wish them well."