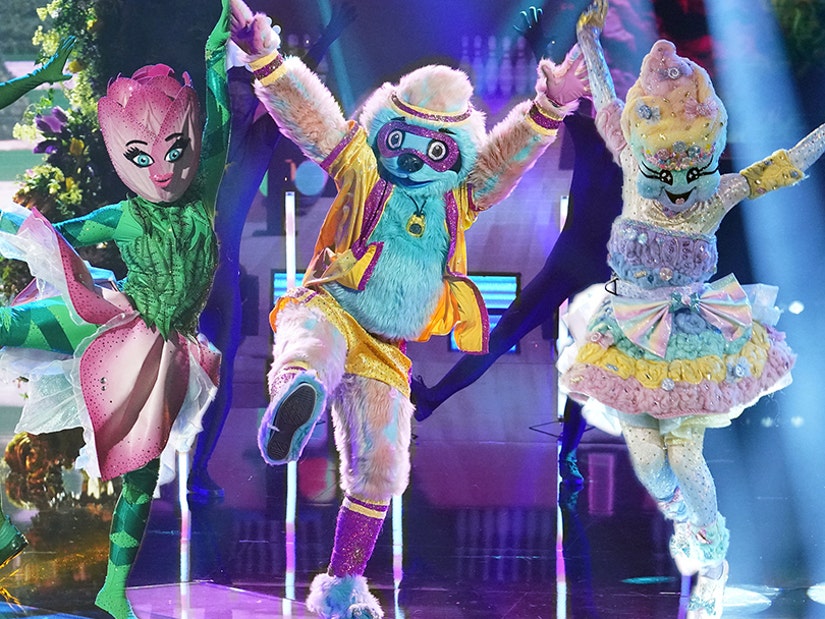 Cotton Candy, Sloth and Tulip each take the stage one last time before one of them becomes the first-ever winner and all of them are revealed for the first time!

The producers behind “The Masked Dancer” have to be absolutely thrilled that their three strongest dancers -- who all appear to be professionally trained -- made up their finale.

It was never clear if this iteration of the “Masked” franchise was going to work because it’s such a strange diversion. A huge part of why it ultimately did comes down to the weekly performances of Cotton Candy, Sloth and Tulip. 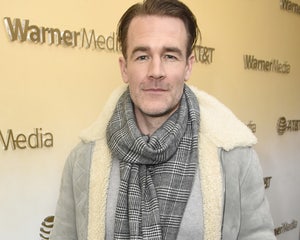 The ladies brought such a grace and elegance, not to mention impressive diversity, they were powerful and emotional to watch. And then Sloth combined incredible musicality and dance technique with humor in a way that made the whole genre more inclusive and inviting.

It’s always exciting when the best rise to the top on reality television, because as we’ve seen too many times on “Dancing with the Stars,” it doesn’t always work that way. There’s something to be said for taking away identities and star power and allowing peopel to be judged solely based on what they can do.

We knew we were in for a treat with this finale right away when the three finalists hit the stage for a very fun group performance to host Craig Robinson on “(I’ve Had) The Time of My Life.” Thanks to their ability, it was intricately choreographed and an absolute treat to watch.

We went from skeptics to believers on this journey with these ten dancers this season. Thanks in large part to these three finalists, we truly had the time of our life watching their epic journeys, excited each week to see what they were going to bring. They made it all worth it!

But dammit we’re ready to find out not only who wins this thing, but who these people are. Let’s go!

Let’s jump right in with this week’s masks. And don’t worry, before we get to the shocking unmaskings, we're going to make you power through the terrible (and occasionally good) guesses made by our illustrious panel of Brian Austin Green, Paula Abdul, Ken Jeong, and Ashley Tisdale first. We do this because we love ... to torture you.

Tulip kicked off the show with a statement piece, filled with technical proficiency, some great spottign (we’re still dizzy!), and really powerful moves. She knows how to use a dance floor and how to tell a story with her body, no matter what mood or emotional she’s trying to express. And that aerial somersault and that partnering in that costume? Divine!

Guesses: Her newest clues included an angry “E” balloon, her saying that she’s the youngest in her family and often feels overshadowed by the person she looks up to most, which is probably and older sibling (dancing sister?).

We also saw makeup hanging on a line and a barrel labeled “Ale X,” while her final Word Up clue was, “Followers.” That leads into the TikTok clues we’ve seen all season, so we’re still leaning toward social media influencer with a strong dance background.

Brian was impressed with Ken taking the “Ale” part of the barrel to Lucy Hale, but Ashley was probably more on point with Mackenzie Ziegler’s “Exhale.” Plus, she’s certainly been in sister Maddie Ziegler’s shadow her entire life at this point.

Sloth is clearly reveling in his anonymity more than almost anyone we’ve seen on any of these shows. He brings such a sense of humor to his movements, which can only be pulled off this effectively with strong discipline and technique underneath. But he delivers with the kind of abandon you can only see from someone totally anonymous, which makes him a true treat to watch.

Guesses: It seems as if Sloth is throwing in the towel and accepting that everyone knows he’s “Dancing with the Stars” pro Maksim Chmerkovskiy. This week, he even said, “Maximize the dancing.” Further, he said he’s a pro and that this is the first time he gets to be the student.

He spoke about not being pre-judged on this show, referring to himself as the “bad boy,” and Maks has long been the “bad boy” of ballroom on “DWTS.” He even danced to “Ballroom Blitz.”

Other clues included a lot of bowling references, including dancers with bowling pins on their heads, and a heart monitor. But we doubt this is a cardiologist, Dr. Ken! His final Word Up was, “Magical.”

This really sent the panel spiraling, though, as Ashley was suddenly thinking it was Hugh Jackman while Ken guessed Channing Tatum. But it’s Maks, people. It’s Maks.

Cotton Candy was so done hiding that she’s a gymnast, setting up a mini-meet right there during her performance. We saw some mat runs and even a little balance beam work. And we can only imagine how much harder those were to do with that mask head. She has such strength and technique in what she does, but also a musicality that translates well to a very athletic style of dance. She’s been an absolute joy to watch blossom as a dancer this season.

Guesses: All of her clues were pointing to her being a gymnast, even though Brian kept insisting ice skater before he saw her routine. She dropped “perfect 10” and admitted that she’s had lots of training, but not in dance.

She admitted to a lot of judgment in her life (at gymnastics events), and flew purple flags during her performance. Raining gave her a sense of deja vu while she showed four constellations, perhaps symbolizing her family, and flew off in a bouquet of balloons.

This is the one contestant where no one has a specific lock on which gymnast this is, but Internet sleuths have long felt super confident she is an Olympic gymnast. Her final Word Up clue was, “Foundation.”

Ken joined Brian in thinking ice skater -- come on, guys! -- with Michelle Kwan. But Ashley is thinking gymnast, with the five balloons representing Final Five U.S. Olympics team. Gabby Douglas or Simone Biles? Both good guesses, and part of why she’s been so hard to pin down. 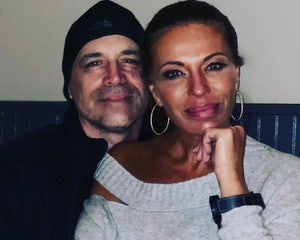 Dolores Catania Talks Future with Boyfriend, Says Drama with Co-Stars Over Her Relationship 'Comes to a Head' (Exclusive)

After three stellar performances, it’s really hard to say who should win this competition. Everyone has been consistently incredible all season long. For us, though, we’d have to give the slightest edge here to the actual trained dancers, as they were able to deliver more emotion.

As such, our prediction for third place finisher would be our favorite mysterious Olympic gymnast, Cotton Candy. But did the panel, super fans and voting audience agree? They did not.

Instead, it was Tulip who wound up taking that third-place honor. It’s still a remarkable final position for someone who definitely seems very, very young. But how young is she? More specifically, who is she?

The panel’s final round of questions revealed she has a reality show background, lives in LA (but not from there) and definitely has an obsession with TikTok. It’s also a no-brainer she’s been dancing from a young age.

Ashley pointed out the mad “E” balloon was for Maddie, further solidifying her most confident guess yet. And it’s the same guess Twitter has had since basically Tulip’s first performance. And we’ve found no better guess ourselves … but were we all right?

You better believe it, as Mackenzie Ziegler’s unmasking made it a three-way tie among the panelists for who’s been most right this season. No big surprise that Ken slides solely into last place with this one. 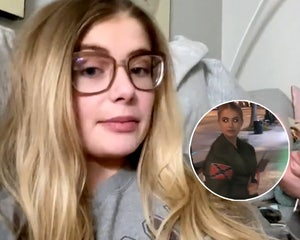 With that reveal, we were left with only two: one a professionally trained dancer who knows how to clown around inside that incredible discipline and control, while the other has the heart of a champion -- because she probably is one.

For the overall quality of his entertainment throughout the season, we’d probably give the edge toward victory to Sloth, meaning it would be a rare second-place finish for the woman we’re certain has plenty of gold medals in her house.

Did he pull it off before he had to take it off? He did not, as instead Cotton Candy secured the victory for surviving that Night 1 fall and really mesmerizing us all season. Interesting that a non-dancer beat two dancers to win.

That takes nothing away from Sloth, who really blew everyone away this season with incredible showmanship and artistry on that dance floor.

His final round of questions revealed he’s hosted a big event, been seen without a shirt, been on the cover of a major magazine and is older than 35 years old. Wonder who fits all these categories?

Clearly Ken and Ashley have not watched enough “DWTS” in their lives, because this has to be Maks under that mask. Every clue fits. His reveal would, notably, knock Ashley back down with Ken in the wide world of guesses. Was she ready for that?

Well, ready or not, that’s exactly what happened. The Twitterverse has know for quite soem time that this was the “bad boy” of the ballroom, “Dancing with the Stars” pro Maksim Chmerkovskiy. 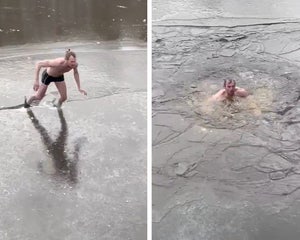 There is something kind of fun that the one contestant where there was not a consensus anywhere on who it was wound up winning the show’s inaugural season. Cotton Candy definitely powered through and probably gained a lot of fans after recovering so well from that fall.

There’s also something powerful about her not being a trained dancer, though plenty trained in her discipline, and being able to come in and ultimately snatch the title away from two people where this is what they do.

Probably needed more here than anywhere, we did not get a final round of questions as Cotton Candy got choked up talking about her experience on the show. The one time we really need just a few more clues and you don’t deliver? Rude!

Brian and Ken both had solid reasoning behind their ice skating guesses, but we just weren’t buying it after all these weeks. Paula made a last-minute connection to Alicia Keys and a performance of “Girl on Fire,” which could be the final clue we needed to figure out which gymnast this is.

But then Ashley came in with a logical reason behind her pick. It’s at least nice to know the panel is putting effort into their jobs. But only one (or none) of them could be right. If Paula was right, she’d win. And as the only professional dancer on the panel, shouldn’t she win?

Of course she should and of course she did, as Gabby Douglas was unmasked once and for all as the first-ever winner of “The Masked Dancer.” Maybe she missed her calling as a professional dancer. Maybe it’s not too late to moonlight!

“The Masked Dancer” continues Wednesdays at 8 p.m. ET on Fox. 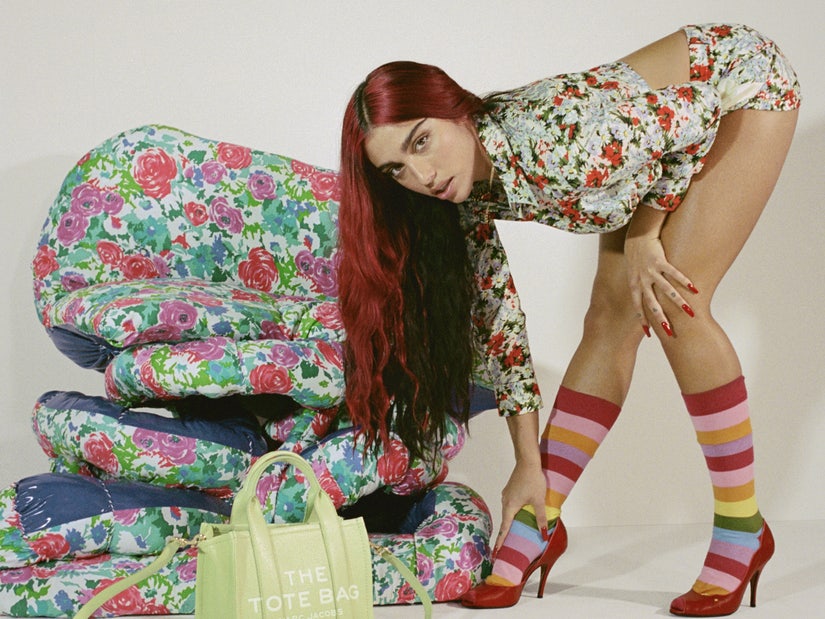 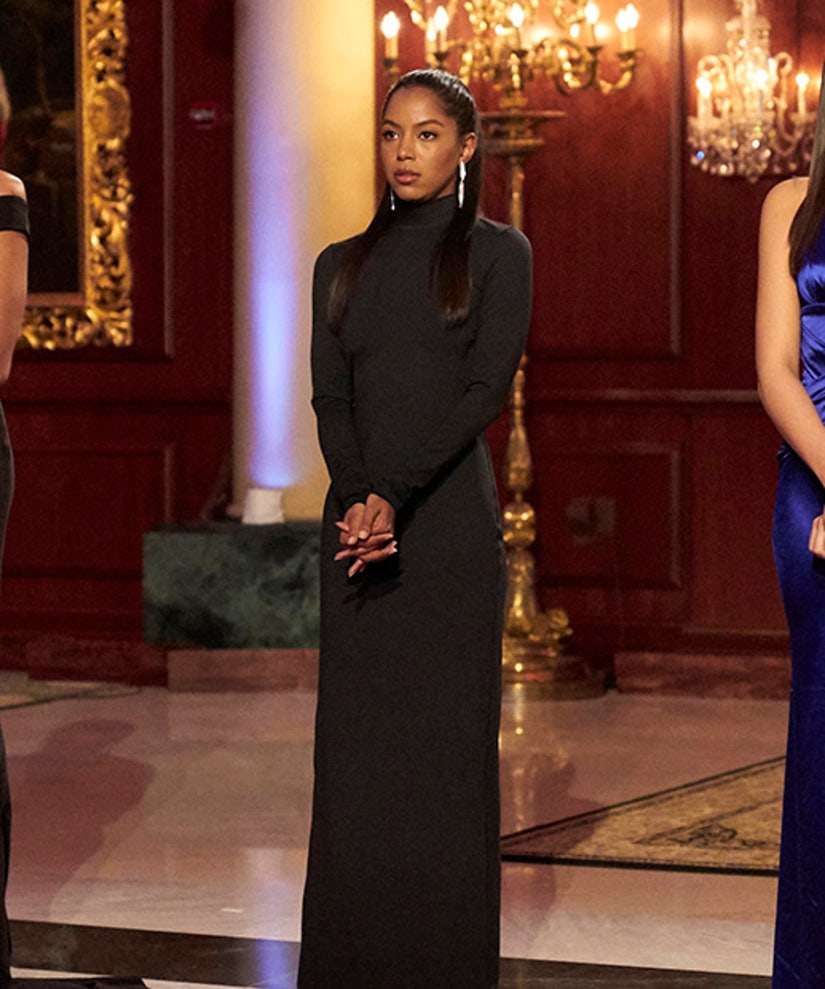 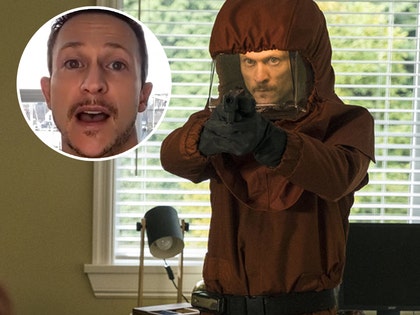 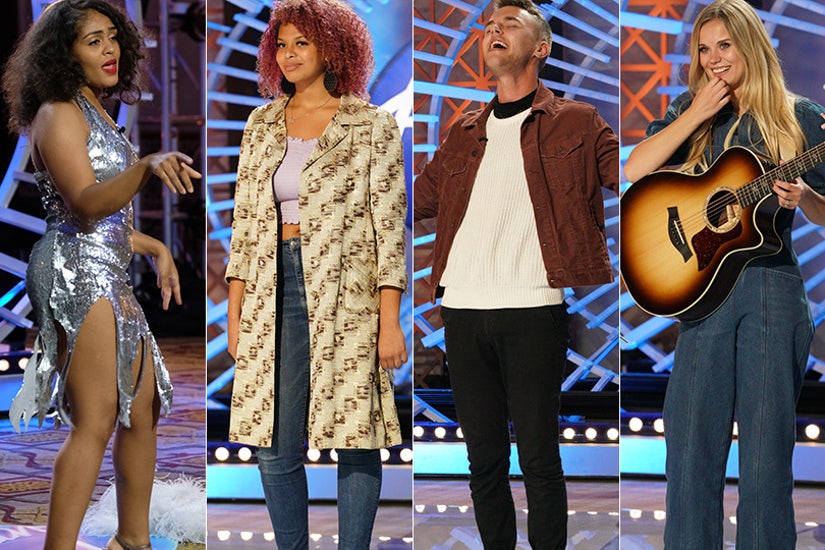 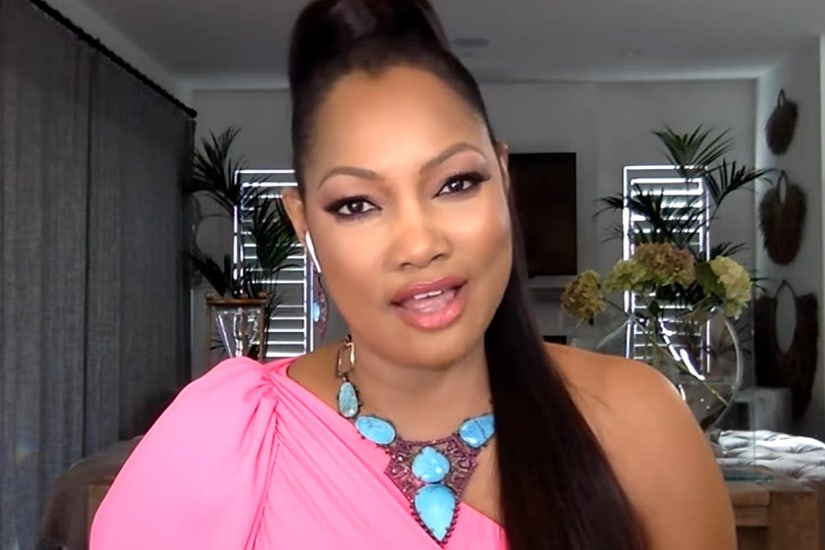