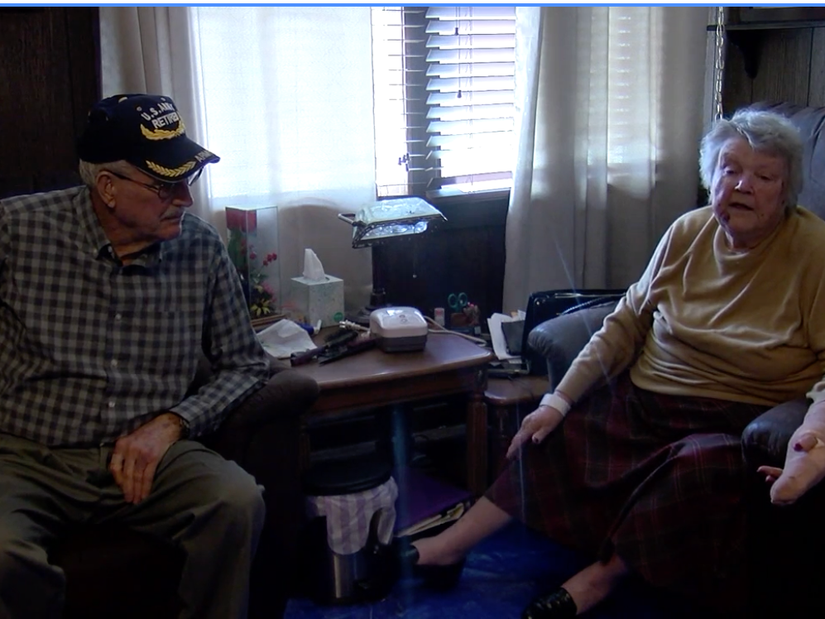 "That guy picked the wrong house."

An 82-year-old Vietnam veteran bludgeoned a knife-wielding home invader to death with the butt of a shotgun after the suspect forced his way into the South Carolina house and allegedly attacked the man's wife.

Herbert Parrish and his wife Lois, 79, were at home on Monday afternoon when Harold Runnels Jr., 61, reportedly came knocking on their door.

A home invasion in Aiken County turned deadly after an elderly couple fought off the suspect by beating him with the handle of a shotgun.https://t.co/wiVOKP0KaD pic.twitter.com/pQ5Ouvyy55

"I opened the door and he said he was looking for his little white chihuahua and wanted to know if I saw it," Lois told FOX 57. "I told him no, I hadn't."

At that point, Runnels Jr. ran into the house and brandished a knife, hitting the couple with the handle and slashing Lois' forehead, according to the Aiken County Sheriff's Office.

"I felt, we're gone. He's going to kill us and take what he can take," Herbert recalled to the outlet. "He was not going to go out that door and leave us alive. That's the way I felt. That's why I said, 'I've got to do something quick and get the edge on him. Get the advantage on him.'"

With no time to spare, Herbert grabbed a shotgun off his wall and began beating the intruder.

"I started hitting him in the head with the barrel and I know I must have hit him at least ten times right in the face, just as hard as I could hit him," he explained.

Runnels Jr. was found "bloody and unresponsive" when authorities arrived to the scene, per AP. He later died at a hospital from the injuries sustained during the reported home invasion.

"This street is normally not that crazy or anything and we all know each other and everything," one of the Parrish's neighbors, Jessica Clark, told WJBF. "I never would have expected it to happen here. And so I kinda feel like it puts a stain on this neighborhood in a way."

"But when I heard they were able to fend off the suspect, I was so proud of them and I was like, 'Ok, so that guy picked the wrong house,'" she added.

Along with her forehead gash, Lois also suffered an index finger injury. Herbert was hurt as well, but both are expected to fully recover.