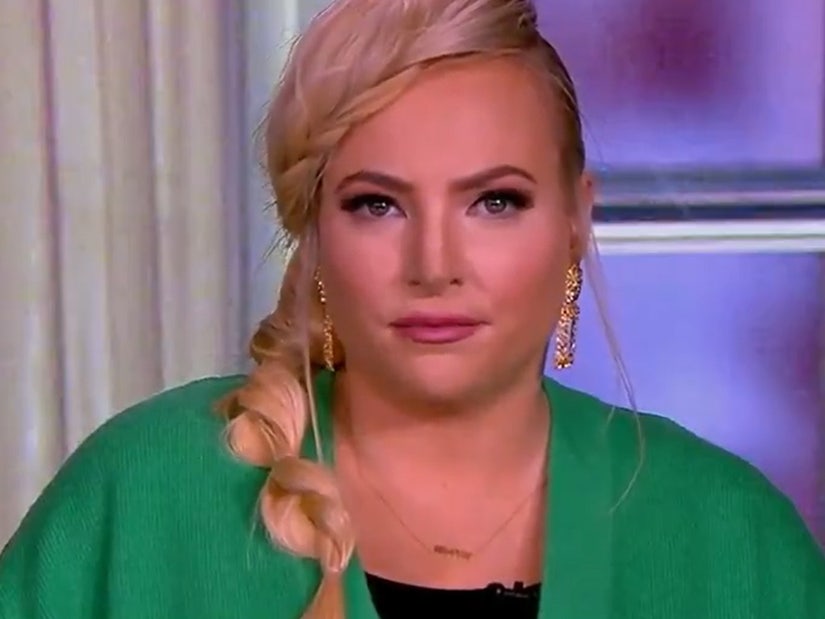 The cohost defended herself on Twitter after being dragged for saying Fauci should be replaced with someone who "understands science."

Meghan McCain shot to the top of the Twitter trends on Monday morning after criticizing both Dr. Fauci and the coronavirus vaccine rollout on "The View."

The first topic of the day was the grim statistic that the US is nearing 500,000 virus-related deaths and Fauci stating that, despite the vaccine, it's too early to even think about declaring any type of victory.

After Joy Behar said Donald Trump still needs to be held "accountable and responsible" for all the deaths so far, Whoopi Goldberg asked McCain whether she was optimistic at all. Instead of answering the question at hand, she pulled up a clip of an interview Fauci did over the weekend in which he declined to give advice on whether vaccinated grandparents could or should spend time with unvaccinated grandkids.

ACCOUNTABILITY FOR 500K COVID DEATHS? As the United States nears the tragic milestone, the co-hosts weigh in and question how we got here as Dr. Anthony Fauci speaks out to say masks and other precautions may be needed into 2022. https://t.co/cVclFZQmjA pic.twitter.com/uz7jBu21V6

"So I was very frustrated when I saw this clip," began McCain. "I respect the great tragedy and all the pain that has come of our handling of the coronavirus ... it's horrific and very sad and the grief that our country is going through should not be downplayed."

"That being said, next week will be a year since we left the studio," she continued, "and I have been very responsible in many different ways, as so many Americans have been, and the fact that Dr. Fauci is going on CNN and he can't tell me that if I get the vaccine, if I'll be able to have dinner with my family ... it's terribly inconsistent messaging and it continues to be inconsistent messaging."

She then pointed to Israel's vaccine rollout and clear messaging saying that if you get the shot, you can go to bars again and "take a shot."

"The fact that I, Meghan McCain, co-host of The View, I don't know when or how I will be able to get a vaccine because the rollout for my age range and my health is so nebulous, I have no idea when and how I get it," she continued. "I want to get it. If you call me at 3:00 in the morning, I will go any place at any time to get it." 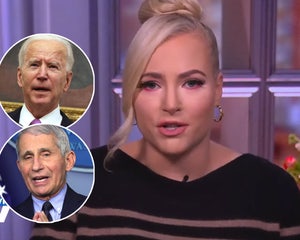 "I want to be responsible and obviously wait my turn but this rollout has been a disaster," McCain went on, before admitting that Trump "can take much of the blame."

"But now we're in the Biden administration and I, for one, would like something to look forward to and hope for," she added. "If getting the vaccine means that just nothing changes and we have to wait another few years until everyone gets it, there's already a lot of people not getting it, we're already having a messaging problem getting people to take this vaccine."

As her tirade continued, she said she was "over Dr. Fauci" and added that she believes "the Biden administration should remove him and put someone else in place that maybe does understand science or can talk like these other countries about how we can be more like these other places that are doing this successfully." 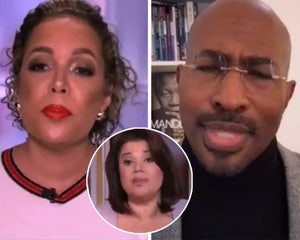 Whoopi was the first to point out that Israel is a considerably smaller country in comparison to the United States. According to Johns Hopkins, nearly 3 million of Israel's 9 million people have been fully vaccinated. In the US, 19 million of the country's 330+ million people have been fully vaccinated, with 64 million doses administered. "And they didn't have a lot of issues with people not wearing their masks," she added.

"I know what I'm saying in controversial, I really do," said McCain, as Goldberg kept trying to throw to a commercial. "But I'm not a phony, I'm not gonna come on air and say something different than what I'm saying privately."

After the break, Sunny Hostin -- who has lost family members to the virus -- also stood up for Fauci, in direct opposition to what her cohost had just said.

The backlash was fast and furious for McCain on Twitter, criticizing her for centering the topic around herself and once again calling on the show to replace her.

Meghan McCain really just said “The fact that I, Meghan McCain, COHOST OF THE VIEW, don’t know when or how I will be able to get a vaccine” 🥴🥴🥴 Girl pic.twitter.com/aPuIm0Zy6H

I hereby propose that Meghan McCain be the last person in the U.S. allowed to get the vaccine. It's only fair.

The producers of @TheView need to fire Meghan McCain, NOW‼️Her daily tantrums, total disregard for the opinions of others, and willful ignorance is exhausting.

Replace her with Ana Navarro.

Meghan McCain is the female version of Ben Shapiro for saying dumb shit just to get attention.

Meghan McCain is spewing disinformation again on #TheView. Dr. Fauci didn’t say we’ll have to wear masks forever, but if we’d worn them to begin with and gone into lockdown - like Israel did on Jan. 8 - maybe we wouldn’t have so much sickness. pic.twitter.com/G6A5cF1meG

Fire Meghan McCain and replace her with someone who’s actually informed. https://t.co/dIwFGwi6wh

parents: make sure your children understand they're not the center of the universe, so they don't grow up to be Meghan McCain

Just imagine who you had to be to go on national television and say:

"Me Meghan McCain, a co-host on The View does not know when I can get the vaccine"

Like 500,000 people have died and she is worried about when she can have drinks with friends.#theView pic.twitter.com/hMGMfwWfeS

“The fact that I, mediocre white woman on your TV screen only because of my father and no other reputable accomplishment can’t get a vaccine yet to visit Napa with my besties is appalling” - Meghan McCain https://t.co/UfLTqCZPvC

Does Meghan McCain understand that Fauci is an infectious disease expert/medical advisor and it's not his job to figure out the logistics surrounding the distribution of vaccines? (this is a rhetorical question, she clearly does not understand) https://t.co/QBWjhEV0Hi

While McCain didn't directly respond to any of her critics, she posted a blanket statement about her stance on Twitter after the show wrapped.

"Many of you can keep worshiping at the alter of Fauchi [sic]," she wrote. "I'm not a phony - I will not go on tv and lie saying one thing privately and another on air. This is my opinion. We need someone else in charge of coronavirus messaging and leadership." 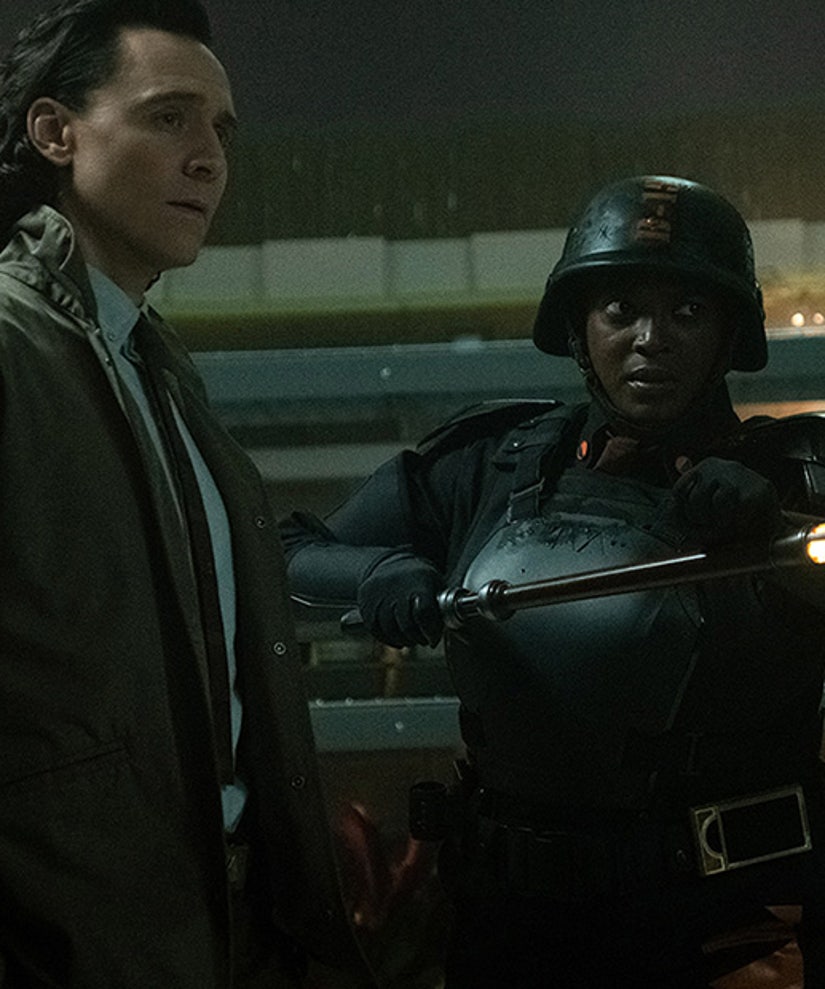 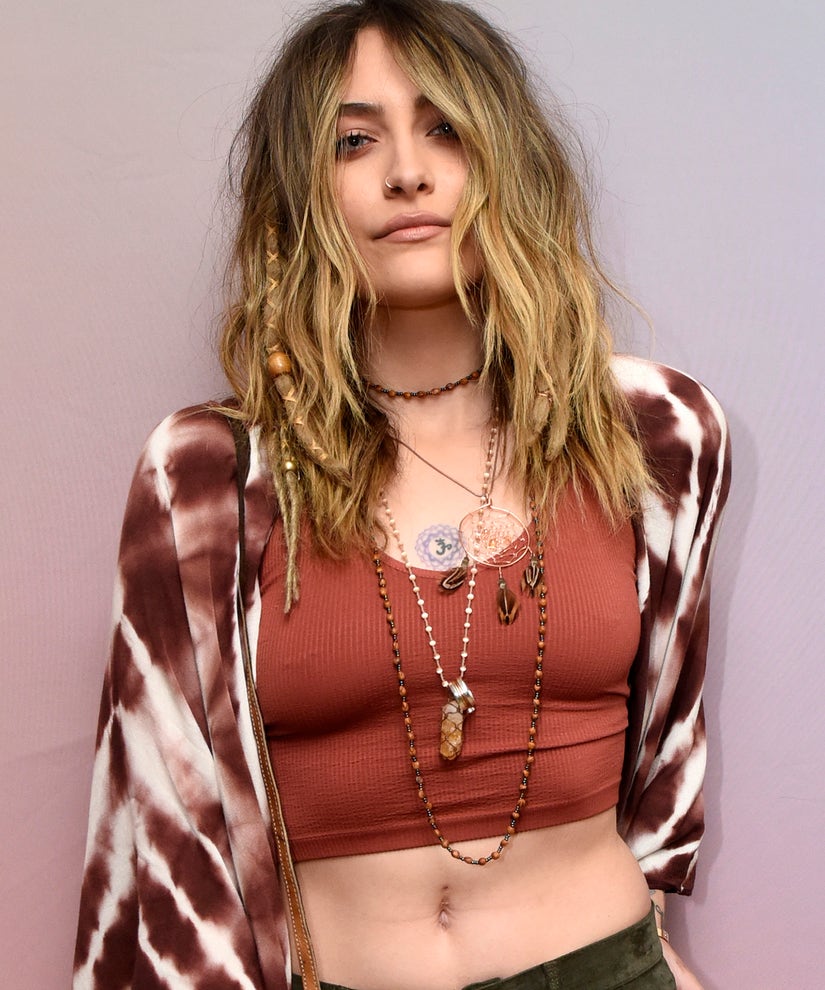