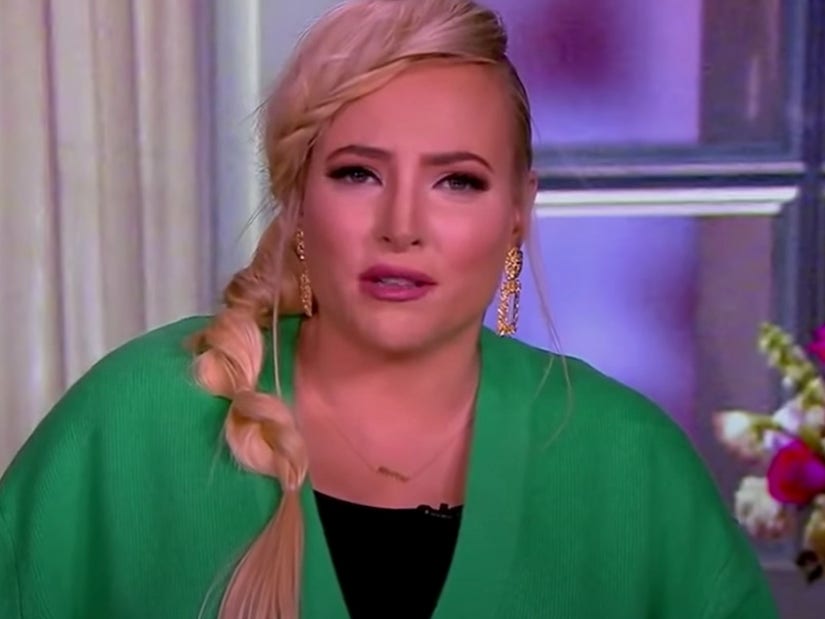 McCain also slammed Chris Cuomo and his "ghoul of a brother" after the CNN host appeared confused over her Fauci comments.

Meghan McCain is standing firmly behind comments she made about Dr. Fauci on Monday's episode of "The View" -- during which she said he should be removed and replaced with someone who "understands science."

Her comments came as the women of the talk show discussed the grim coronavirus death toll and Fauci not only saying that -- despite the vaccine -- it's too early to declare a victory, but also his reluctance to give advice on whether vaccinated grandparents could or should spend time with unvaccinated grandkids.

In a now-viral moment, McCain expressed her frustrations about when she would be eligible for the vaccine. "The fact that I, Meghan McCain, co-host of The View, I don't know when or how I will be able to get a vaccine because the rollout for my age range and my health is so nebulous, I have no idea when and how I get it," she continued. "I want to get it. If you call me at 3:00 in the morning, I will go any place at any time to get it."

She went on to say she was "over Dr. Fauci" and added that she believes "the Biden administration should remove him and put someone else in place that maybe does understand science."

Those remarks sparked major backlash online, with Soledad O'Brien calling her "just a gross human being in every conceivable way" and CNN's Chris Cuomo retweeting the segment with a series of question marks.

After defending her stance after "The View" aired on Monday, she responded to a couple of her critics later in the day -- including Cuomo.

"You and your ghoul of a brother were doing comedy shows with giant q tips and joking about his sex life while covering the number of nursing home deaths in nyc," she said, retweeting his post. "Why doesn't your brother finally apologize to @JaniceDean and the other family members he helped to kill?"

Her comments were in reference to the Cuomo administration's alleged misreporting of nursing-home deaths due to Covid. The New York Governor has responded to criticism by saying "it is a lie to say any numbers were inaccurate."

McCain also responded to a tweet from ICU doctor and NBC News contributor Vin Gupta, who wrote: "The rejection of real, genuine expertise is what led us to today. So misguided to see people like @MeghanMcCain calling for the replacement of Dr Fauci. We should be empowering and amplifying his message to get out of this crisis and avoid any further milestones."

"He told me not to wear a mask and that masks don't work when I was 3 months pregnant in the middle of Manhattan," McCain replied. "He then later admitted it was an intentional lie so we would donate masks to essential workers.  Now I’m being told to wear 2 masks. But yes I'm 'misguided.'"

McCain was (once again) referencing remarks Fauci made back in March 2020, near the beginning of the pandemic and before the CDC updated its guidelines on wearing masks. At the time, he said, "There's no reason to be walking around with a mask" -- but reversed his beliefs shortly after it became clear asymptomatic people were spreading infection and that there wasn't going to be a real shortage of masks.

"The messaging is incredibly inconsistent and confusing," McCain continued on Twitter. "I voiced my frustration honestly despite the fact that if you and twitter don't like it, I represent the feelings of many Americans. I also believe sainting our public figures to infallibility is dangerous and irrational." 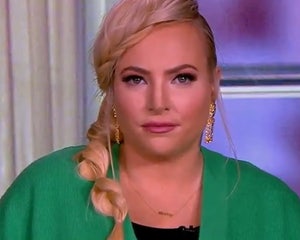