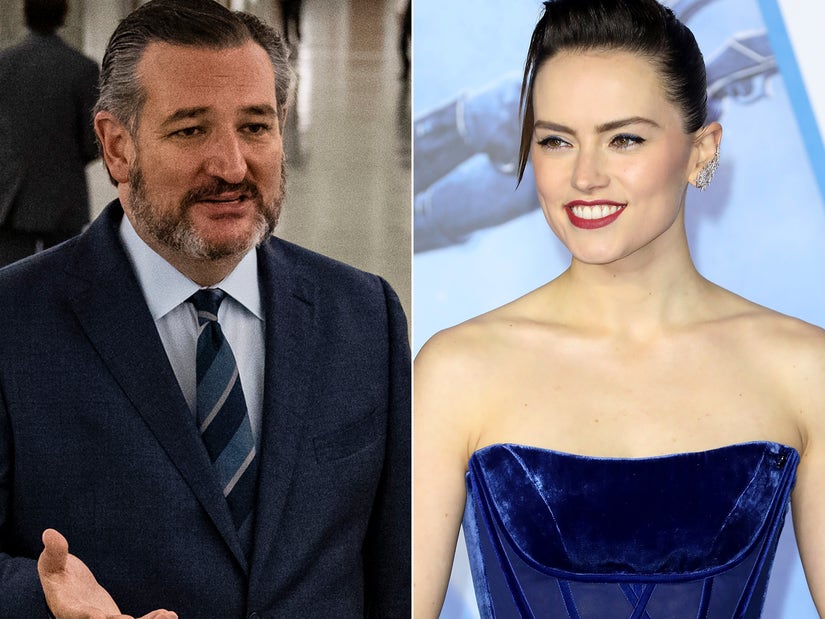 The Texas senator can now add one "emotionally tortured Jedi" to the growing list of celebrities he's in a feud with.

Daisy Ridley didn't even know Senator Ted Cruz was out there dissing her and the franchise that made her a household name, but she nevertheless let fly with an epic burn the second she found out.

Cruz's comments came earlier this month in response to Gina Carano being fired from "The Mandalorian" for comments comparing the current conservative experience in America to that of Jewish people during Nazi Germany, among other views. 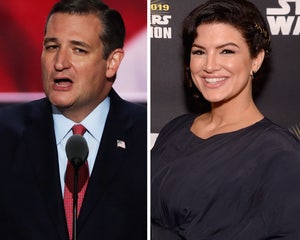 In defending Carano, though, Cruz took a cheap shot at basically every woman who's played a prominent role in the franchise prior to her.

"Texan Gina Carano broke barriers in the 'Star Wars' universe: not a princess, not a victim, not some emotionally tortured Jedi," tweeted Cruz. "She played a woman who kicked ass & who girls looked up to. She was instrumental in making 'Star Wars' fun again. Of course Disney canceled her."

Of course, this statement riled up "Star Wars" fans, while proving that Cruz has quite possibly never seen a single "Star Wars" film or project before in his life. From the jump with Carrie Fisher's Princess Leia, the "Star Wars" saga has been filled with strong, ass-kicking women. 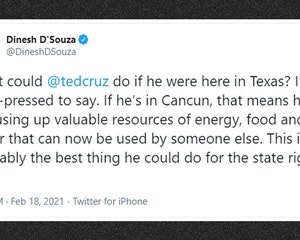 And, of course, Ridley's own Rey, who helped revitalize the franchise for a new generation with her complex portrayal. And while she may have had her emotional struggles, how could anyone who's seen her films ever think she didn't kick ass, or that girls didn't look up to her?

Cruz's tone-deaf comment was brought to Ridley's attention during an interview with Yahoo Entertainment on Wednesday, where she proved she still had her Jedi instincts, quickly clapping back in epic fashion.

"I am very happy to be an emotionally tortured Jedi," Ridley said, quickly adding, "Who doesn’t leave their state when it's having a terrible time."

Cruz came under fire after he was caught taking a vacation with his family to Mexico amid the statewide crisis in Texas after recent winter storms left thousands without power under freezing temperatures.

The senator originally blamed his daughters for the impromptu trip, suggesting that he'd only intended to travel with them for a single day to drop them off. Subsequent leaked texts seemed to refute this story, leading to outrage from Cruz to whomever leaked them.

With all the enemies he's been racking up lately, Cruz can at least be happy that he's got one new supporter. "Thank you Ted," wrote Carano in response to his tweet.