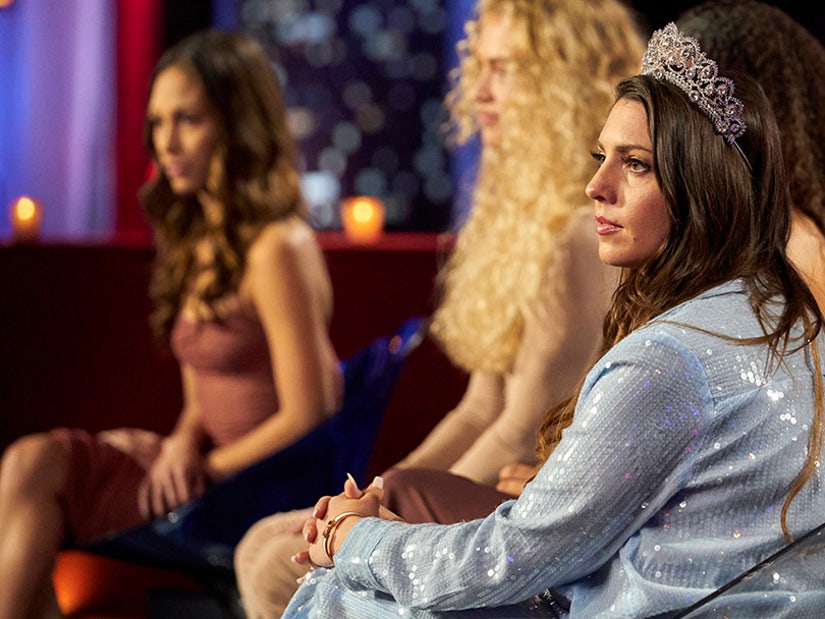 Right at the top, "Bachelor" producers made it very clear that this episode was filmed back on February 4, before Chris Harrison became embroiled in a racial controversy that has already sidelined him for at least the upcoming "After the Final Rose" special.

It was technically the show's first acknowledgement that there is anything unusual going on behind the scenes, and even in this case you had to know why it was significant to see that date to understand why they were telling this to Bachelor Nation.

As such, viewers basically had to put a pin in the show's problematic issues with race for another week because it just wasn't going to be addressed. Instead, "The Women Tell All" tackled other issues, some also quite serious and a few not serious at all.

Before we get into the heavier stuff, we should address the topic Chris waited way too long to bring up. Matt James is a 28-year-old man who had his first kiss at 14 years old with a cheerleader. How has no one told him about this eyes-open kissing thing?

That's 14 years of kissing, and Matt is a good-looking guy. We'd imagine there have been a lot of women he's kissed in that span. And yet, it was apparently only until he was on this show that one of those women told him this was awkward, uncomfortable and scary.

We'll give a pass to all those women who kissed with their own eyes closed the whole time, because maybe they just didn't know he was eyeballing them the whole time. But any who peeked and got creeped out ... wonder if anyone ever broke up with him over this?

Actually, considering we learned tonight that he bit that 14-year-old girl's lip so hard that it bled on that first kiss when he was a teen himself, maybe these ladies should all be grateful he's just staring at them these days. It could be so much worse!

At the top of the broadcast was the problematic issue that came to dominate most of the early weeks of the season, toxic bullying and mean girl behavior. Or, if you're Chelsea and some of the other ladies, Katie creating drama by pointing it out.

Specifically, MJ and Victoria were confronted directly by their accusers -- Jessenia and Katie, respectivelly -- about their own behavior. MJ again kind of danced around a real apology, rather impressively, while Victoria did a combination of attacking and apologizing.

First, she asked Ryan, who confronted her about calling her a "ho" for being a dancer, if she was "a super-sensitive person." As Victoria saw it, she's endured much worse abuse from the internet, so what does Ryan have to be so upset about.

Obviously, comparing traumas to determine who "wins," or using your response to trauma as a way to judge someone else's trauma response is problematic at best. At the same time, Victoria did acknowledge that name-calling was uncalled for and said she learned a lot.

But just as we were never quite clear if she was a wholly real person, unscripted and just like this in her every day life, during her time on the show, we found ourselves still scratching our heads. She's either putting on some kind of performance still or has one of the most distinct personalities we've ever seen on reality television.

Later in the broadcast after Matt came out, Victoria got emotional talking about their time together and his ultimate rejection of her at the Rose Ceremony. Victoria walked out without giving him a hug or a proper goodbye.

"With my exit, it kind of just hurt my feelings how I saw you said, like, I need to self-reflect and ‘I have no words for her,’ because I felt like I had done my best to open up and I just have a tremendous fear of rejection," she told him. "So, that was why my exit was just a little dramatic. I was going through just levels of pain at that time."

Interestingly, though, Matt's response to Victoria was a little different than with any of the other women. "I feel like I dropped the ball on our relationship because there was a lot more there that I felt like I could’ve done for you that I didn’t get the chance to," he said.

It's the "for you" that stands out, as it perhaps indicates that he still felt he could have offered Victoria some guidance, or direction or even advice on how to better carry herself in the house or with other people.

Whatever it means, he told no one else anything about what he felt he could do "for" them, but rather what they did for him, how much they all meant to him. It was nothing but love back and forth between Matt and the women, even some of those who's hearts he broke along the way.

The "high-end escort" drama was such a dominant story, we'd almost forgotten how confident and sassy Brittany was when she entered the house, kissing Matt fresh out of the limo and telling the other ladies they'd "saved the best for last."

The wind was knocked out of her sails almost immediately when she found out Anna was spreading rumors that she was a high-end escort. And while Anna apologized on the show and showed genuine remorse, her apology here was even more in-depth.

Probably because she's now seen how much those rumors have continued to impact Brittany, how they will continue to follow and haunt her online for years to come, and how unnecessary it was to go there on national televison.

Unlike some of the other ladies, who continued to insist there was no toxicity in the house, Anna owned every bit of her bad behavior. She even went so far as to look within herself and see that it was her own insecurities manifesting in her lashing out at the newcomers, and Brittany in particular.

While it can't excuse what she did, it can go a long way toward forgiveness, learning and growth. Brittany offered that forgiveness, and Anna seems up to the genuine task of taking on the other two pieces of that puzzle.

Growth and learning was a common thread throughout the night with the ladies, and even Matt, talking about how much they'd learned about themselves and hopefully grown into better people along the way.

Well, we didn't get an announcement as to the next Bachelorette, but Chris did pull out for women for the "Hot Seat," with every one of them a viable contender for the spot. Katie has been a fan-favorite much of the season, with Abigail gaining a lot of support in recent weeks, as well.

Both were genuine and sweet in sharing their experiences on the show, with few regrets that things didn't work out. The same can be said for two of the more recent castoffs, Pieper (cut just before Hometowns) and Serena P (who cut herself just after).

Pieper appeared still a little shell-shocked at how her journey with Matt ended, but ultimately acknowledged that, like Katie, she took her eye off the other girls and just didn't have that spatial awareness that she was falling behind in building that relationship.

It's the nature of the game when you're dating a thousand women at once, things are going to click and move faster with this one than with that one and it's nobody's fault. Serena P's story was basically the exact opposite, with her realizing she wasn't progressing with Matt enough.

In the episode, it looked like her family may have had an outsized influence in her decision, but Serena seemed still pretty confident that it was the right one for her at that moment -- so apparently her family knows her better than armchair critics, Matt or even she does herself.

But does that mean she'd be interesting in pursuing love as the next Bachelorette? Could any of these four ladies be the next lead of the show? Getting this spotlight moment might just be producers ways of gauging audience reactions to them and their stories.

Either way, we expect an announcement within the next couple of weeks. And easy money says we just spent a little time talking with her tonight. Maybe she'll get announced at the "After the Final Rose" special, now hosted by Emmanuel Acho.

Chelsea, who was friends with a lot of the girls dubbed "mean girls" throughout the season, brought up an interesting perspective about the so-called toxicity in the house. As she sees it, the house wasn't toxic until Katie brought it up to Matt and turned it into a whole thing.

A counter-argument would be that nothing was being done about the toxic behavior in the house -- particularly the divide between the "Varsity" original contestants and the five "JV" newcomers -- until Katie brought it up to Matt and he started to address it.

Katie, however, was unapologetic in her stance, going so far as to say it's now karma coming back to bite them with the responses she's getting online. Chelsea took exception to that, though, so Katie backed down and agreed death threats and body-shaming are unacceptable.

"But we all said what we said," she added. "No one made you say anything. And some of you can’t accept what it was that you did in the house."

Mari then called Katie out, saying she "came at Sarah harder than anybody." After Sarah's insecurity caused her to crash Katie's time with Matt on a group date Sarah wasn't even a part of.

Katie did lash out in frustration, but even that not as hard as some of the other ladies. She was also the only one who went up and checked on Sarah afterward when Sarah didn't come down. It was this conversation, that she said changed her perspective.

She told the group it was a "reality check," but Mari wasn't buying it. "That's fake as hell," she said.

"No, it's not," Katie insisted. "It's called learning. It's called growing."

From the outside looking in, it did look like the house was mired in toxicity and became a very unhealthy place for some of the girls to be. Sarah struggled and quit, Brittany was quickly overwhelmed and defeated and others were also targeted and attacked.

Matt, though, even after seeing some of it play out on the show, had nothing but positive feedback for the women. He acknowledged that he's not perfect and admitted he's never been in their shows, so he's in no position to judge their behavior in the house.

"The Bachelor" continues for two more Mondays at 8 p.m. ET on ABC.