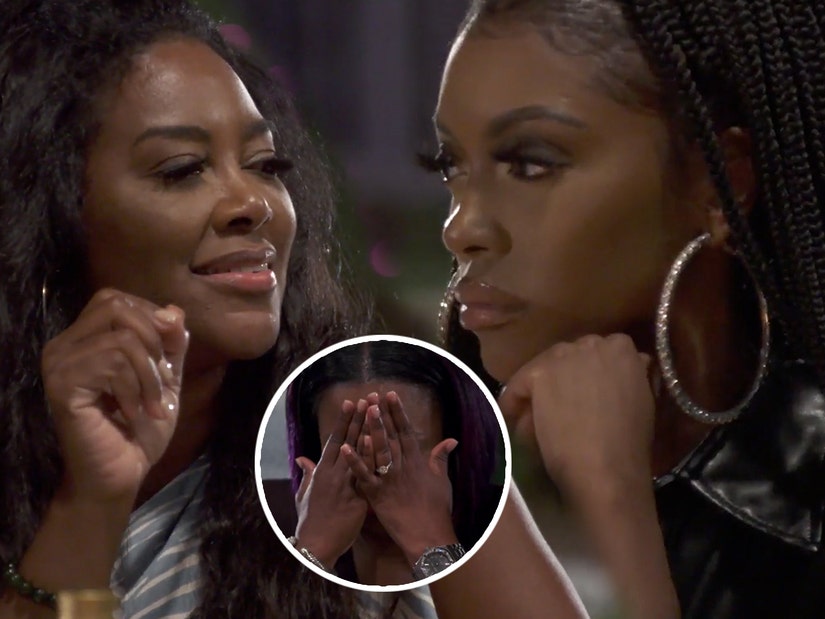 After an investigation, Kenya feels it's "case closed" as to who hooked up with Bolo the stripper.

Detective Kenya Moore was back on the case on Sunday's new episode of "Real Housewives of Atlanta," as she continued to try and find out who she allegedly heard having sex with a stripper at Cynthia Bailey's bachelorette party.

After grilling the women on the previous episode in small groups, they all reconvened at dinner where talk quickly turned to Bolo's impressive member. As they talked about his size, Porsha Williams chimed in and said she believed it was very real.

"Porsha definitely knows that Bolo's penis is real because it was the same penis that was banging her so hard last night that it was hitting her windpipe and making her call him 'daddy!'" exclaimed Kenya in a confessional, before the investigation continued at the dinner table.

As the women said they were simply having a fun party, Moore once again took over the conversation. "Is it a party when you are hearing pants and moans and groans coming from a room at 6:00 in the morning?" she said. "It seems, though, it was multiple people in a room, and I stood there because I'm like, 'I don't know what I'm hearing.'"

Porsha said she felt like Kenya's comments were pointed at her, before Tanya Sam stood up for Williams by saying she "spent the night" in her room. That didn't help matters -- and, in Kenya's eyes, only confirmed that Tanya was the other woman she heard. "Case closed," she joked in a confessional.

When asked why Kenya was making such an "issue" out of a good time, Moore called the morality police with the other women.

"Because it's not a private space, it's a home all of us are living in. I just think if there was something like that happening, it's very disgusting," she said to them all. "If those things happen, maybe just think about doing them at your home. I am here, along with my daughter."

With that, Porsha was done with the conversation -- telling the ladies she was "ready to go home" and "over" Kenya's allegations. She got up and went to bed, before saying in a confessional that Moore's implications were "straight up disrespectful."

"All this aggression and her doing everything to shame me," she added. "But girl, you can't destroy what God has built. Good luck, bitch."

Kandi Burruss, who organized the bachelorette party, also called out Kenya -- reminding her that the weekend's festivities were meant to be a "no-judgment zone." She added, "If you're here to judge, then you need to take your ass home." 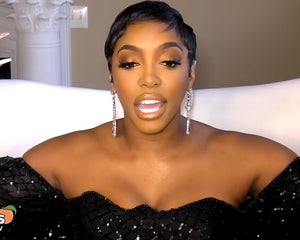 After they all returned home to Atlanta, Kenya met up with LaToya Ali at a photoshoot, where Moore accused LaToya of also getting down with Tanya and Porsha.

Porsha, meanwhile, met up with Drew Sidora and talked about how Kenya's allegations felt like a straight-up personal attack. "I didn't take it as an innuendo, I took it as her being a punk ass bitch," she added.

They agreed Porsha seriously broke girl code with her claims and, because of that, Porsha vowed to never party with them all again.

After the show aired, Bolo made an appearance opposite Bailey on "Watch What Happens Live" -- and while he didn't say anything about what did or didn't happen after the cameras went off, he said his DMs and OnlyFans have been booming since his on-air striptease.