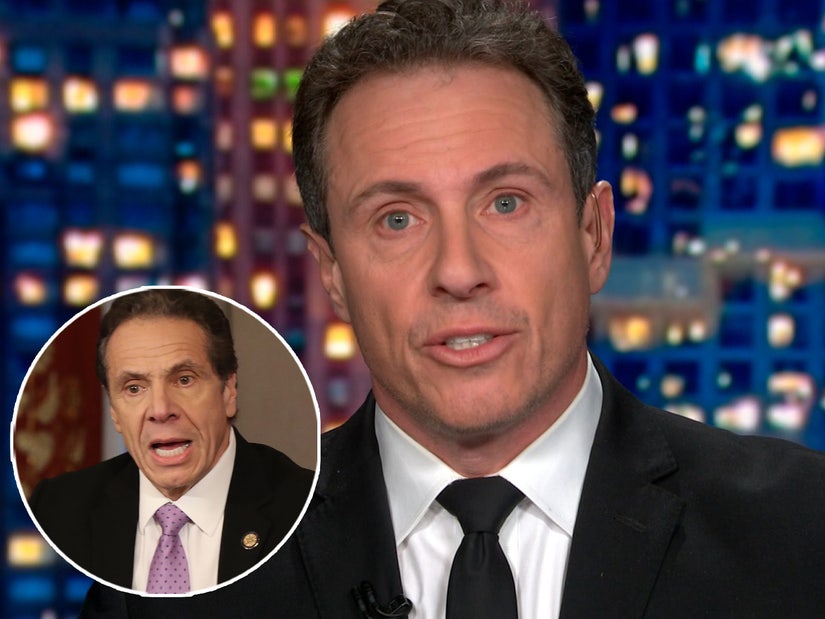 At the top of his show on Monday evening, CNN's Chris Cuomo made it clear there's one big story that he wouldn't be covering: the sexual harassment allegations levied against his brother, New York Governor Andrew Cuomo.

"Before we start tonight, let me say something that I'm sure is very obvious to you who watch my show," began the anchor. "You're straight with me, I'll be straight with you."

>> @ChrisCuomo at the top of @CuomoPrimeTime tonight: "Obviously I am aware of what is going on with my brother. And obviously I cannot cover it because he is my brother. Now, of course CNN has to cover it. They have covered it extensively and they will continue to do so." pic.twitter.com/G49mZYTG4D

"Obviously, I am aware of what's going on with my brother and obviously I cannot cover it, because he is my brother," he continued. "Now, of course CNN has to cover it. They have covered it extensively and they will continue to do so."

"I have always cared very deeply about these issues and profoundly so," he concluded. "I just wanted to tell you that. There's a lot of news going on that matters also, so let’s get after that."

Another aide, Charlotte Bennett, also told The New York Times that Cuomo inundated her with questions about her personal life and she "understood that the governor wanted to sleep with me, and felt horribly uncomfortable and scared."

A third woman, Anna Ruch, also came out with claims against Cuomo late Monday, saying he asked if he could kiss her at a 2019 wedding reception.

So far, Cuomo has denied being inappropriate, but admitted some of his "interactions may have been insensitive or too personal and that some of my comments, given my position, made others feel in ways I never intended."

"I mean no offense and only attempt to add some levity and banter to what is a very serious business," he added, saying some of his behavior might "have been misinterpreted as an unwanted flirtation."