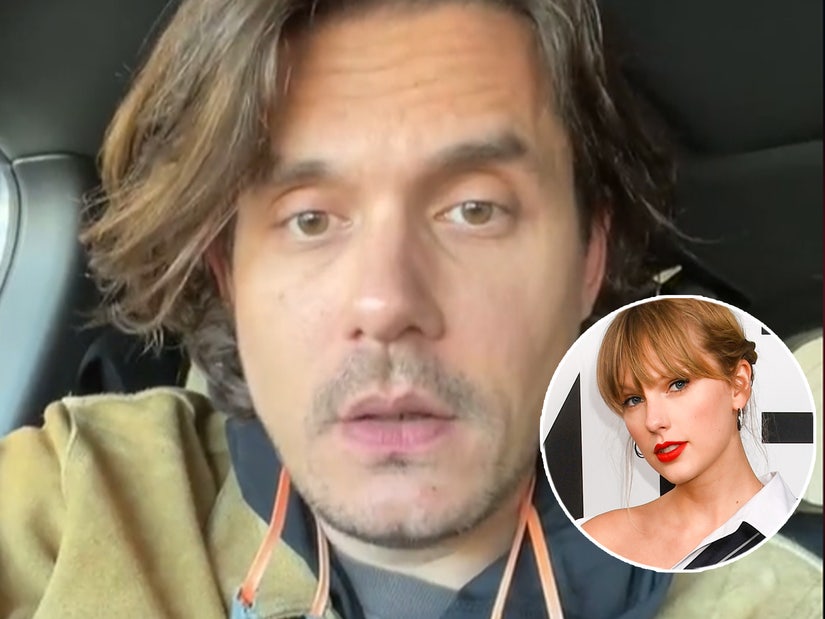 The singer's TikTok page was bombarded by Swift fans after he shared his first video.

Netflix's "Ginny and Georgia" wasn't the only one facing the wrath of Taylor Swift's fan army on Monday.

Yesterday afternoon, John Mayer launched his new TikTok account by sharing his very first video to the page. It simply showed him trying to figure out how to use his phone, before asking in the caption how to use the social media platform.

While he didn't get any helpful responses, his comments were instead flooded with angry comments from Swift fans criticizing him for his alleged treatment of Taylor during their rumored relationship. The two were first linked in 2009, when Swift was 19 and Mayer was 32. She later released the song "Dear John" -- which many assumed was about Mayer and included lyrics like, "Don't you think nineteen is too young to be played by your dark twisted games, when I loved you so?"

Many of the comments on Mayer's TikTok -- like "You're not safe here john," "Taylor would know how to flip the camera," "John don't you think 19 was too young?", "Opinions on the age 19?", "We will never forget what you did to our girl Taylor", "omg isn't this that old guy taylor swift wrote a song about" -- referenced that single.

Three hours later, Mayer posted a follow-up video in which he's seen simply nodding his head while  pretending to listen to an unseen person. His caption: "POV: You're berating me and I'm hearing you out."

That video, too, was met with an avalanche of negative comments, again from Swift fans who quoted "Dear John." Comments included, "her mother accused her of losing her mind JOHN," "she's shining like fireworks over your sad empty town, John" and "The girl in the dress cried the whole way home, John. Think about that."

Years after the single was released, Mayer told Rolling Stone that he felt "really humiliated" by the song. "It made me feel terrible," he said at the time, "Because I didn't deserve it. I'm pretty good at taking accountability now, and I never did anything to deserve that. It was a really lousy thing for her to do."

In an interview with Glamour the same year, Swift was asked about Mayer's reaction to the song and told the publication, "How presumptuous! I never disclose who my songs are about." When the reporter filled her in on some of his comments, she added, "I know it wasn't good, so I don't want to know. I put a high priority on staying happy, and I know what I can't handle."

Mayer doesn't seem to be stressing too much. After all the hoopla, he shared one final video to his page -- showing him singing, "That was a weird day, that was a real weird day."