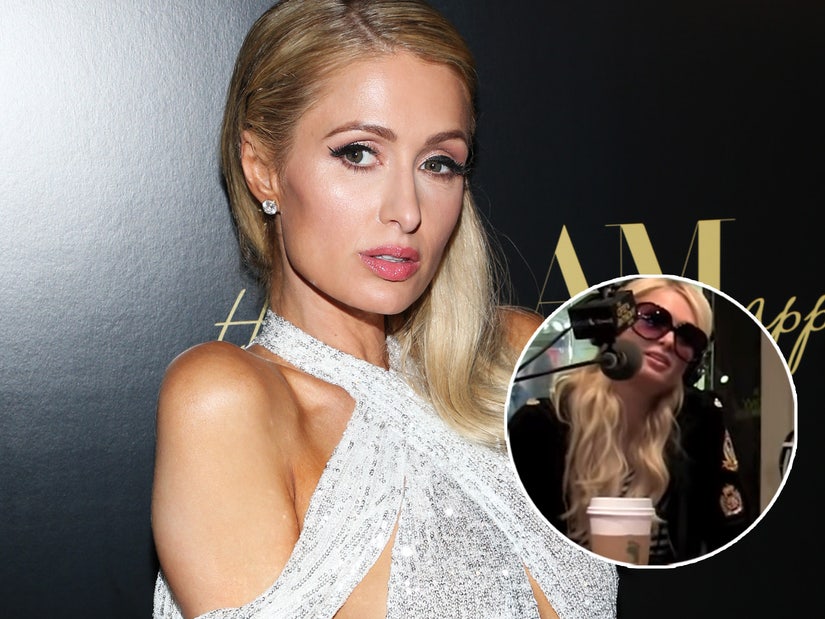 Sarah Silverman apologized for her remarks on a new episode of her podcast. Click here to see what she said, in a message directed at Hilton herself.

Paris Hilton is continuing to reexamine how she was treated in the media following the release of "Framing Britney Spears" -- and another resurfaced interview she did has left her "so angry and disgusted."

Fan account ParisSaysUrFav posted video from a radio interview Hilton did with Opie & Anthony in 2011 in which the hosts downplayed Paris' professional accomplishments. "I've worked for everything I've achieved," she says in the video, as they tell her to "Stop" and ask, "Worked in what way?"

"These men tried to make her feel less, they tried to invalid her, like if a women could not run successful businesses or being a model was not a job," wrote the fan, who went on to praise her many businesses. "She literally doesn't sleep - honestly f--- the guys from this show. I hope they get called out and cancelled for being PIGS."

Hilton jumped into the comments to thank the fan account for "sticking up" for her. "I am so sick of these misogynistic pigs treating women like this. Enough is enough!" she added, before sharing the clip to her own Instagram page.

"Thank you @ParisSlaysUrFav for your kind, caring words & for posting this video. Watching this makes me so angry and disgusted," Hilton captioned her post. "This is the type of rude, chauvinistic behavior that myself and so many other women have had to deal with and put up with for years."

She added, "Grateful that people are finally realizing how wrong this is and calling people out for their cruel actions to make change. Enough is enough."

Hilton received support in the comments, as fiancé Carter Reum wrote, "Such a strong, brave and classy woman! So proud of you."

Meghan Trainor wrote, "So rude wtffff. Ur a hero and the strongest. My idol" -- while aunt Kyle Richards wrote, "This gives me rage and hurts my heart all at the same time."

Added Zooey Deschanel: "Can't believe how rude they are.

In the full interview, which is still posted on the Opie Radio YouTube Channel under the title "Paris Hilton boring wasting our time," Paris was clearly frustrated as the hosts tried pitting her against Lindsay Lohan and kept trying to bring focus back to the reality show she was on to promote.

She allegedly said, "I'm not going to sit and waste my time being berated" as she walked out. The hosts, meanwhile, went on to call her a "spoiled human being" after she left. "The Opie and Anthony Show" ended in 2014, after Anthony Cumia was fired over racially charged tweets. Gregg "Opie" Hughes continued on SiriusXM until 2017, when he too was fired.

Hilton's latest post comes after she called out both David Letterman and Sarah Silverman for their "cruel" jokes and comments around the time she went to jail. See what she said about them in the link below: