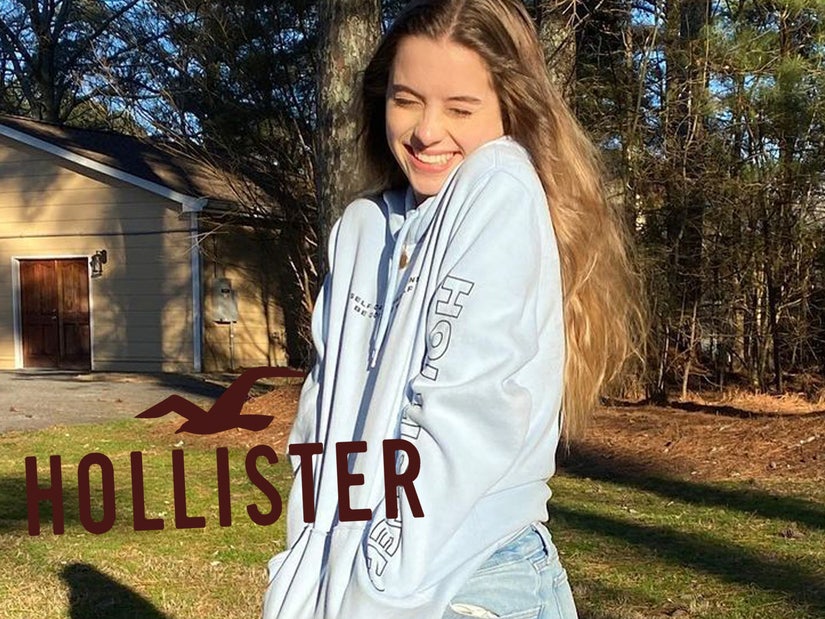 "Being happy with who you are is a huge thing because it makes other people's opinions a lot less valuable when you value yours higher."

TikTok star Maggie Thurmon is teaming up with Hollister to shine an important light on World Teen Mental Wellness Day along with other social media creators.

While speaking with TooFab, Maggie, who has over 3.4 million followers on the app, shared that there are some downfalls when it comes to social media.

"I'd say I didn't really deal with a bunch of cyberbullying... just mean things on the internet until I got involved with TikTok, which TikTok has been a huge blessing," Thurmon admitted.

The 18-year-old influencer explained, "What's helped me overcome it is perspective in a way. Understanding that a lot of the time some people say something to bring you down, is often from a place of hurt. Where they are feeling bad so they want you to feel bad as well. And kind of having that perspective I think it helps hurt a little bit less, and helps you take it not as seriously. I'd also say just being confident in yourself at the end of the day. Being happy with who you are is a huge thing because it makes other people's opinions a lot less valuable when you value yours higher."

Maggie noted that the more conversations people have regarding their mental health the more "you realize how similar your struggles are and it helps you feel a lot less alone."

"I think a really cool tactic that I've used recently is kind of just talking to people, individually and personally. About like, 'Hey I don't know if you know this, but it actually does hurt.' And kind of being more public with the fact that words do hurt people no matter how big their platform is," the social media star said.

"Like little comments that can be made so easily behind a screen have such a huge impact because a lot of times people's favorite creators are kids like Charli D'Amelio, 16 years old," Thurmon stated. "It doesn't matter how much followers she has, words are going to hurt. And I think being public about that is really important."

Maggie also shared some advice to help her followers cope with the everyday stresses of being a teen and said: "I absolutely believe it is okay to not be okay, and I think a huge part of that is understanding we're humans who are in a constant position of growth. You're going to experience different interactions that are going to change your views. Change how you're feeling a certain day, and that's okay. Your feelings are valid. It is normal to hurt, but also in that same aspect, being intentional about not staying there and doing your best to kind of pick yourself up."

To see more tips and advice from what your other favorite social media stars are saying check out Hollister's IG and TikTok.