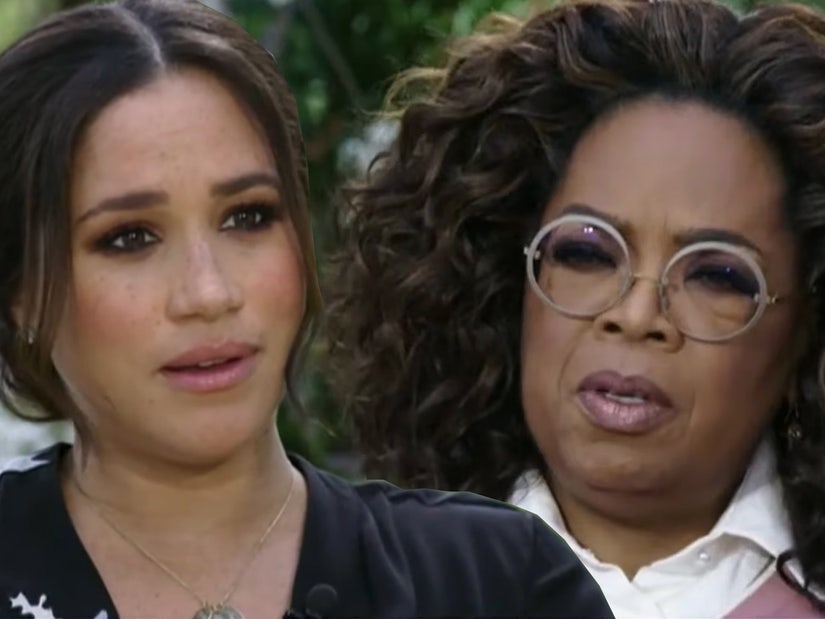 In a clip shared this morning, Oprah asked if it felt like a "betrayal" when her dad worked with the UK tabloids leading up to the wedding.

Meghan Markle opened up about her fraught relationship with some of her family members in a bonus clip from her Oprah Winfrey interview, shared Monday during CBS This Morning.

In the footage, she addressed her complicated feelings toward her father, Thomas Markle, who admitted to working with paparazzi agencies in the UK and staged photoshoots with them leading up to her wedding to Prince Harry. She also revealed where she stands with half-sister Samantha Markle, who helped Thomas organize the shoots and is planning a tell-all book about Meghan.

"There was such an obsession about anything in my world -- including tracking down my parents and I did everything I could to protect both of them in that media frenzy --- but for over a year, the UK tabloids were trying to find my dad, offering people so much money to try to find his address," Meghan told Oprah. "Once they did, I remember being told there was a huge headline like, 'We found him,' or 'We've got him' ... someone's father. And from that point, the tabloids, they moved into the apartment next door and across from him descended on the small town just giving him gifts, the whole thing, brings us to where we are today."

"Did it feel like betrayal when you found out your father was working with the tabloids?" asked Winfrey, before Markle chose her words very carefully with her reply. She accused the UK publications of holding stories about her father for a month, to time them with the wedding and create more drama -- and said Thomas initially lied to her about whether he was working with the press.

"He said, 'No, absolutely not.' And I said, 'You know, the institution has never intervened for anything for us, but they can try to go in and kill this story,'" she claimed. "But if they do this once, we're not going to be able to use that same leverage to protect our own kids one day."

"When I said, 'We won't be able to protect our own kids one day,' and I said, 'So, I just need you to tell me and if you tell me the truth we can help' and he wasn't able to do that," she continued, "that, for me, has really resonated, especially now as a mother. I'm talking about your grandchildren. I look at Archie, I think about this child and I go, I can't imagine doing anything to intentionally cause pain to my child. I can't imagine it, so it's hard for me to reconcile that."

While she did put blame on the UK tabloids for finding her father and using him for coverage, she added that "everyone has accountability" -- and pointed out how the press also found her mother, but she "remained in silent dignity" during it all.

Winfrey then brought up Samantha and her upcoming "tell-all" book.

"I think it would be very hard to 'tell all' when you don't know me," said Meghan. "This is a very different situation than my dad. When you talk about betrayal, betrayal comes from someone that you have a relationship with. I don't feel comfortable talking about people I really don't know."

"I grew up as an only child and I wished I had siblings, I would have loved to have siblings, it's why I'm so excited to be pregnant so that Archie has someone," she continued. "The last time I saw her must have been at least 18-19 years ago. And 10 years before that. She changed her last name back to Markle in, I think she was in her early 50s at that time, only when I started dating Harry." 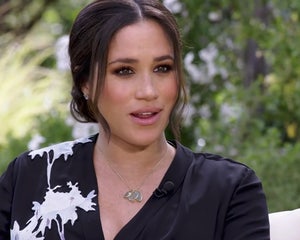