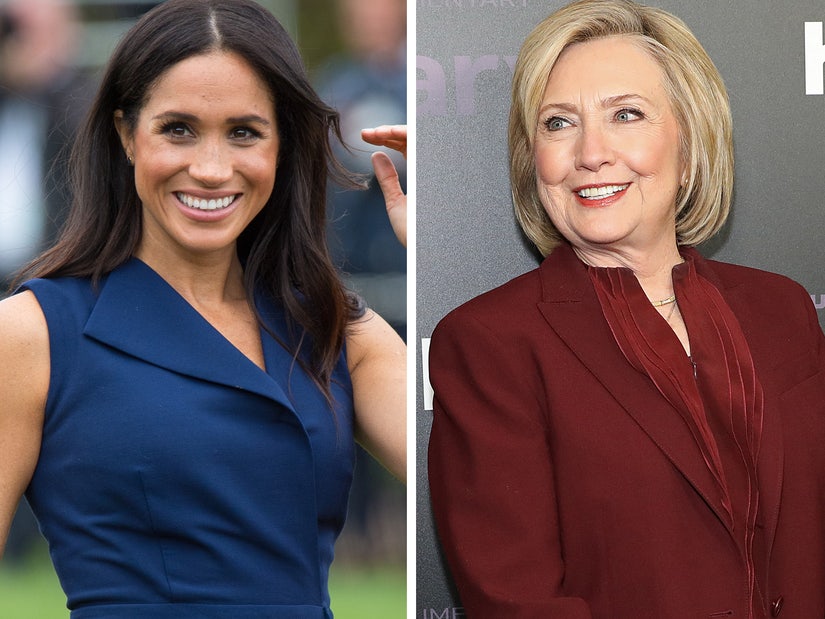 Clinton said it was "heartbreaking" to watch Meghan and Harry describe treatment from royal family and the media.

Hillary Clinton is speaking out in support of Meghan Markle.

While appearing on "Washington Post Live" on Monday, the former Secretary of State shared her thoughts on Meghan and Prince Harry's bombshell interview with Oprah Winfrey. 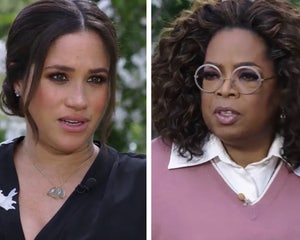 "I found it so heart-rending to watch," Clinton said of the interview. "It was just heartbreaking that this incredibly accomplished woman, Meghan Markle, who falls in love with Prince Harry was not fully embraced by not just the so-called 'Firm'...but by the media in the UK."

"You know I've had my time in the box with the British tabloids, as anybody who is in the public eye has had," she continued. "And their cruelty in going after Meghan was just outrageous and the fact she did not get more support, that the reaction was, 'Let's just paper it over and pretend that it didn’t happen or it will go away, just keep your head down.' Well, you know, this young woman was not about to keep her head down.

"This is 2021 and she wanted to live her life, she wanted to be fully engaged and she had every right to hope for that," Clinton said.

.@HillaryClinton on Harry and Meghan interview: “Every institution has got to make more space and acceptance for young people coming up, particularly young women, who should not be forced into a mold that is no longer relevant, not only for them, but for our society.” pic.twitter.com/aso7CRqHs1

The author added that "every institution has got to make more space and acceptance particularly young women, who should not be forced into a mold that is no longer relevant, not only for them but for our society."

Clinton said it was "heartbreaking" to watch Meghan and Harry "describe how difficult it was to be accepted, to be integrated, not just into the royal family as they described, but more painfully into the larger societies whose narrative is driven by tabloids that are living in the past."

"I just hope that there will be some serious thoughtful consideration in all of the institutions, not just in response to what Meghan and Harry were talking about, but literally across all of our societies," she added, asking why it's so difficult to "incorporate," "celebrate" and "be proud" of diversity.

Clinton concluded, "These young people...are not only standing up for themselves and their children but they are really trying to send a message about what institution, including the one that they were a part of, need to do to be more dynamic and forward-looking than they currently are."