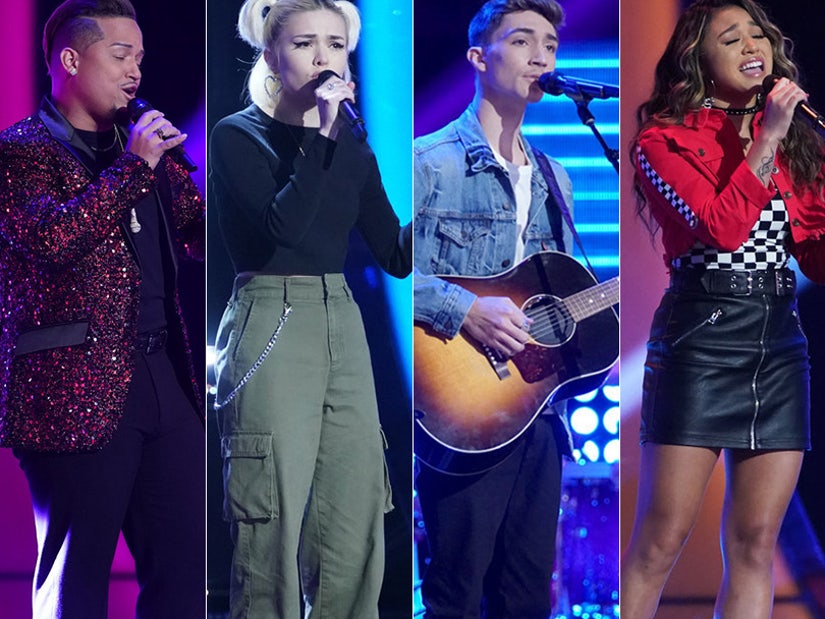 An incredible singer-songwriter reimagines a modern classic, gives the best performance of the night ... and somehow only gets one chair turn?!

A very subtle and unexpected four-chair turn on “The Voice” Monday night showed just how diverse some of the talent is this season.

And yet, our favorite performance of the night was a one-chair turn, which just goes to show you can never quite tell what’s going to work and how well it’s going to resonate. There were some incredible performances, some talent with lots of room to grow and even a few missed opportunities for the coaches. 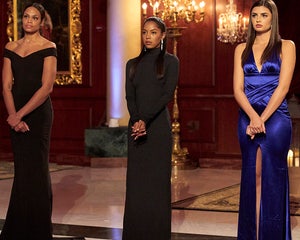 It’s always hard when good singers, or singers with real potential, go home without a chair turn, but it’s even harder when they’re better than someone who did get some love from the coaches, and a spot on one of their teams.

That happened not once, but twice tonight there were some very cool and interesting vocalists that were admittedly in need of coaching. But they were still better than some others we’ve seen this season, and even one you’ll see tonight … in fact, with our rankings, you’ll see them very soon.

Oh, and of course we’ve got some of the best of the worst behavior from the coaches for you after you check out the night’s performances. 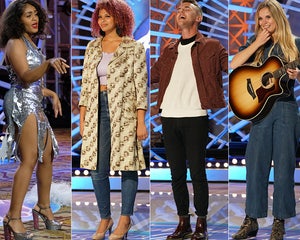 (“Slow Burn,” Kacey Musgraves - 25, Tuscaloosa, AL) Emma herself was a bit of a slow burn, never quite igniting fully even in the heart of the chorus. Hers was a simmering performance, but one that had an earnest sincerity to it that could be worked with to coach out a little more oomph (that’s a technical term). We’re not sure that the performance we just saw would be enough to win a show like this, but if she’s pushed and pulled just right she could grow into herself as an artist, at the very least.

(“Beyond,” Leon Bridges - 31, Iowa City, IA) James was just smooth and effortless in his chest voice, but his pitch got away from him in his head voice, which is probably what cost him a spot on the show. If he hadn’t even tried to go there, it might have gone differently for him, because he really does have a nice delivery and presence. It’s very relaxed and effortless, but seasoned. It’s a shame, because we suspect he’s better than this turned out.

(“Dust on the Bottle,” David Lee Murphy - 29, Burrillville, RI) Jesse has a rare eye disease that’s taken away his central vision (he can’t see his hand if it’s directly in front of his face), but has found confidence through music. We’re not sure if it was nerves, but his timing was all over the place on this one, falling behind and jumping ahead at different times, and his pitch was a little inconsistent. But he’s got a very cool grit to his voice that could have been fun to watch and explore.

(“Gravity,” John Mayer - 21, Boxford, MA) Andrew is in remission after three-and-a-half-years of battling leukemia. This song and artist helped get him through, and he even got to meet John as his Make-a-Wish. So it was no surprise how connected he was to the song, and how much heart he put into this opportunity. It was just such a chill vibe from the jump, but with a very cool texture and subtle gravel in his voice that created a beautiful tenderness. His is not a huge voice, but it’s a compelling one that draws you in rather than project out to where you are, which can be just as effective.

(“when the party’s over,” Billie Eilish - 18, Spencer, MA) If you can make it through the opening lines of this song, you’ve displayed just about your whole range. Ryleigh has some work to do to hit all of her notes with precision, but she’s got a lot of range and you could definitely feel how connected she is with this music. She has a beautiful slow vibrato, and while her delivery was a bit copycat, there is enough there to know she’s got more tools in her arsenal and potential.

(“Dance Monkey,” Tones and I - 20, Las Vegas, NV by way of Hawaii) John read this one right, blocking Nick and securing Ciana for his team just like that. She has such a current and relevant quality to her voice that was perfectly suited for this track. It was uptempo and fun, but also showed a lot of range. This is not a groundbreaking new vocal sound she’s delivering, but she’s delivering what she does with such command, it’s compelling. It will be key to see how she presents something else vocally to see how far she can go, but this was a great start. 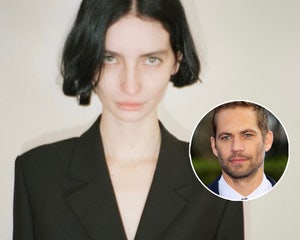 (“Master Blaster (Jammin’),” Stevie Wonder - 37, Chicago, IL) We thought she wasn’t going to get a chair turn, which would have been a shame. Pia has such control of her instrument, and so much confidence in how she uses it. She made some interesting choices, which is a way to stand out, though singing Stevie Wonder does that, too. Dude is not easy to cover! She carries herself on stage like the seasoned veteran she is, and has real depth to her voice. Plus, that was just a cool groove!

(“At This Moment,” Billy Vera & The Beaters - 34, Kissimmee, FL) Jose did runs on top of runs, and yet it didn’t seem like overkill in his skilled hands, or voice as the case may be. This was such a professional performance, with care in each choice he made and a confident delivery that made it sound like he was singing a song he’d written. It’s impressive when you hear tricks like this delivered casually, like it’s nothing. There was just power and control for days.

(“If You’re Reading This,” Tim McGraw - 20, Rutherfordton, NC) What a beautiful, tender voice perfectly suited for telling the kinds of emotional stories that are at the heart of so many successful country songs. It rings true coming out of him, and does so with a maturity unexpected from someone so young. This is a natural talent, heartfelt and genuine in every word. 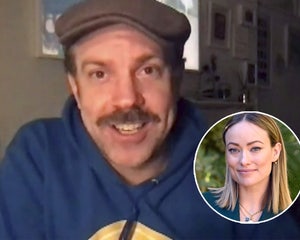 (“What’s Going On,” Marvin Gaye - 34, San Diego, CA) Durell has so many tools lin his arsenal, we found ourselves wondering if he’d ever get around to giving us the true melody of the song. Sometimes more is more, and in this case it was almost too much. But then he did rein it back and deliver a fresh take on the chorus in a recognizable fashion. That made it more of a show piece at the top, which is fine to get our attention. He’s a very formidable singer with incredible range and power throughout it, not to mention precision pitch.

(“I’m Like a Bird,” Nelly Furtado - 29, Seattle, WA) Halley put her own spin on this, turning it into more of a singer-songwriter vibe and every bit of it worked. She had Kelly almost immediately, and we’re surprised more didn’t try and fight for her because she brings not only a compelling and interesting tone, but an artistry that means she would be fun to collaborate with. And her vision can help create memorable moments that will propel her further. 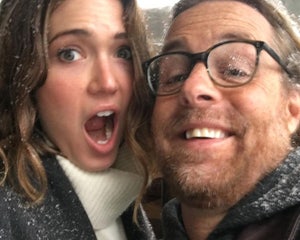