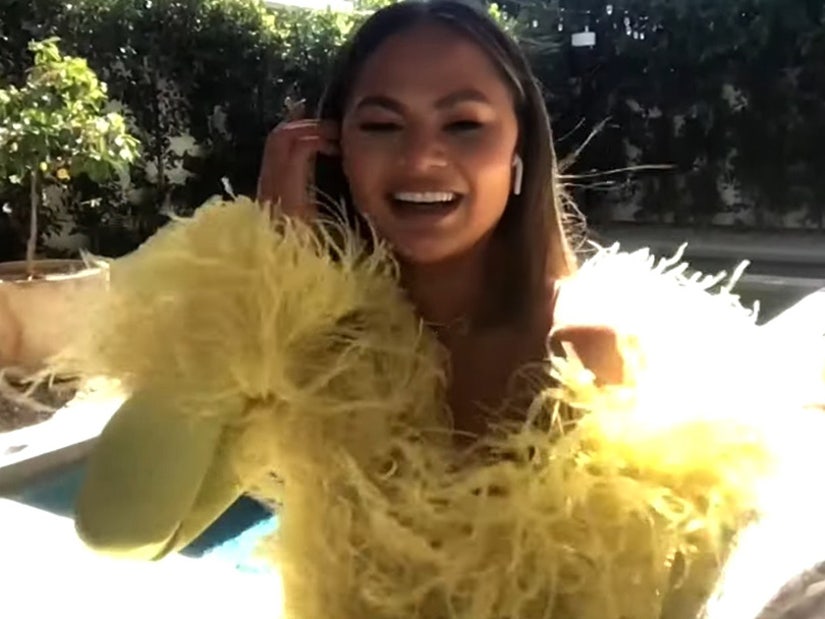 The social media sensation also talks begging Biden to unfollow her, slicing the tip of her finger of with John Legend and her Hollywood break that turned out not to be that at all!

Chrissy Teigen was all smiles and giggles in yellow as she and Jimmy Fallon enjoyed a fun-filled, breezy interview on "The Tonight Show" Monday night.

It was evident right away that the pair are good friends, which helped create the right kind of atmosphere for Chrissy to open up about all kinds of topics. Oh, who are we kidding. Chrissy needs no excuse to open up. She lives her life as an open book, sharing the good, bad and ugly with a huge laugh.

Chrissy is nothing if not delightfully and totally authentically herself. Even when that self is getting her into trouble for, as she puts it, "I always say dumb things." But, as she shared a few stories of some of her recent celebrity encounters with the likes of Katy Perry and Michael Keaton, it turns out it's not just saying dumb things that plagues the star.

It seems her best/worst moments come during high-profile events, as she had hilarious stories centered around the Golden Globes, the Super Bowl and President Biden's inauguration. She also detailed how excited she was that he agreed to follow her on Twitter ... and how quickly she realized she didn't want that at all.

When Fallon asked if she remembered the exact moment she realized "it was a bad idea," Teigen said, "The second it happened. I was like, ‘Oh s---!'"

She said it even impacted her usage of the platform, with people "worried" after she slowed down her engagement dramatically.

"I don’t believe he’s like Trump and actively really scrolling through, but it was so amazing he followed me because I had been shunned for four years, I couldn’t see anything that was being said. So I loved the statement of that, and then it just became too much."

On top of that, while Chrissy has her legions of followers and fans, there are plenty more people who have no idea who she is, so her being one of so very few accounts the president follows suddenly puts her on the radars of people who know nothing about her or what she does.

"They’re like, ‘Who is this chick?’ And then they come to my page, and it’s just a hellhole.
Teigen said. "So it was, just like really-- It was so much better. Yeah, so life is better now."

Biden's account had followed Teigen because she had very publicly asked him to, but it wasn't much after that she was again very publicly asking him to unfollow him in the sweetest, most appreciative manner ever. 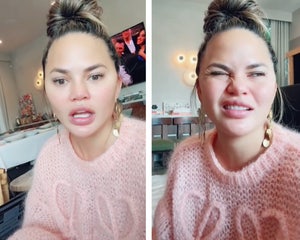 During a game of best and worst experiences in life, Chrissy opened up about one of her most awkward experiences, and one we're not sure she ever got any resolution on. It took place after the Golden Globes, which means there was plenty of alcohol involved. But Chrissy was after more.

"I was drinking a lot and I saw somebody at the entrance holding a glass of champagne," she said. "So I just went up and I took it and I said, ‘Thank you.’ And then John goes, ‘That was Michael Keaton.’ I’m so embarrassed by it, still. I could die. I took it, I drank it and I left."

Sounds like the next time she meets up with him, she might owe him both an apology and a glass of champagne!

But that wasn't her only embarrassing celebrity encounter. Invited to the inauguration, which Katy Perry wrapped with a stunning performance of "Firework" set to a backdrop of what may go down as the biggest fireworks display in history (seriously, it was incredible!), Chrissy once again said "dumb things."

Actually, in her defense on this one, it's not so much that she said anything wrong, but that perhaps it was misunderstood. "I hadn’t seen Katy for so long. I was just, ‘Oh, I typically hate fireworks, but that was amazing. That was beautiful," Chrissy recalled. "And then I think she heard that I said I hate ‘Firework,’ like the song. And so, I know, I wanted to die. I always do that." 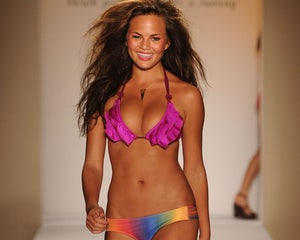 Chrissy also shared a funny story about her husband John Legend accidentally slicing the tip of his finger off with a mandoline while trying to make scalloped potatoes on Super Bowl Sunday. "And fingers are all John needs in life, basically," Chrissy lamented.

But as he stubbornly decided no emergency room, "so it's just flapping around, his finger," Chrissy took over the job of slicing the potatoes.

"I did one pass and I chopped off the tip of my finger, too," she said. "And then, I dragged him to the emergency room. I brought him so we could get special treatment. I drag John everywhere so I can get better treatment."

So he didn't get to watch the game anyway, and went ahead and got his own finger attended to. There was no word on the final decision regarding the scalloped potatoes, but we're guessing neither of them was going anywhere near that mandoline for a while. 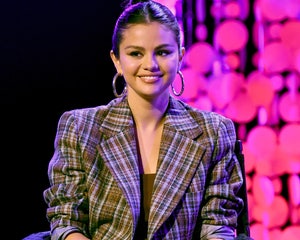 Probably the funniest story, though, came when Chrissy tried to recall her worst job and instead recalled how that job led to what definitely became her worst job experience. A lot of that probably had to do with expectations, though.

Chrissy said she was hawking t-shirts when a dream job dropped into her lap, or so it seemed. "I thought I had this big opportunity to be in a Redbull commercial, but it just turned out they wanted me to be one of those girls on the beach that wear the thick flip-flops and give out Red Bulls."

"So I quit my entire job to give out free Red Bulls during the U.S. Open of Surfing," she continued. "And I thought it was, like, my big break. I was, like, finally I’m going to Hollywood."

Maybe not in that moment, but Chrissy did finally get there! And it's all thanks to experiences like this that she remains one of the most relatable celebrities in Hollywood. 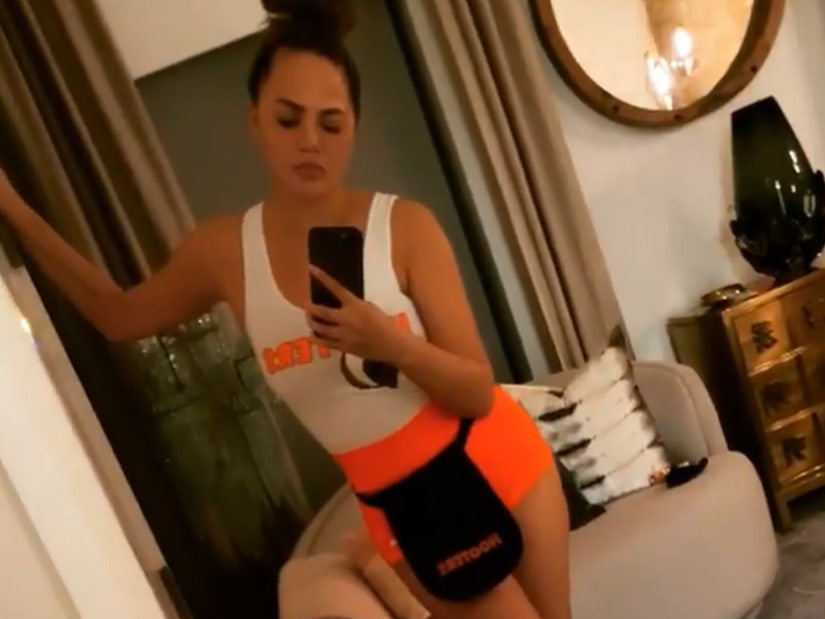