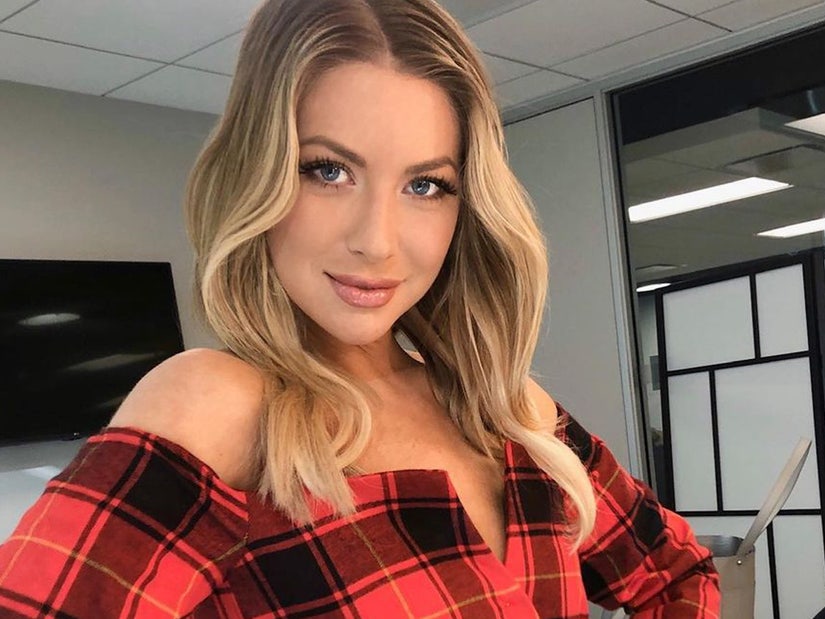 "When I have the f------ greatest gift I've ever been given, it just put things into perspective."

Stassi Schroeder says pregnancy "saved" her from going down a dark path after she was fired from "Vanderpump Rules" following accusations of racist behavior.

In a clip from the premiere episode of her new "The Good, The Bad, The Baby" podcast, which she hosts with husband Beau Clark, Stassi explained how her pregnancy helped her through the scandal, noting that if she wasn't expecting at the time she would have possibly turned to drugs and alcohol.

"A lot of people think going through a hard time while you're pregnant, it's like, 'Oh man, that sucks.' I think [it] made me so much better to be pregnant while I was going through a hard time," began Stassi, who shared the clip on her Instagram Stories Tuesday. "If I wasn't pregnant, I think I probably would have just like gone to alcoholism, Xanax, all of these unhealthy things."

"I would have lashed out...dark passenger-ed," she added. "And I think our baby 100 percent saved me."

The former reality star, 33, said her pregnancy kept her "so positive all the time" and "put things into perspective."

"When I look back on this past year, to me it's filled with so much more happiness and thankfulness and gratitude than sadness," she explained, "because when I have the f------ greatest gift I've ever been given, it just put things into perspective."

Back in June, Stassi and Kristen Doute were axed from "Vanderpump Rules" after past racially insensitive remarks and actions against their co-star Faith Stowers resurfaced. Stassi confirmed her pregnancy four days later.

Stassi and Kristen were fired following an interview Faith did, in which she opened up about her experience as the only Black cast member during her time on the show. Faith -- who played a minor role in Season 4, before returning as a guest star in Season 6 --  accusing them of calling the police on her after they said she looked like a different Black woman who had been drugging and robbing men in Los Angeles at the time.

Following the interview, Stassi was dropped by her publicist and agent, as well as partnerships with razor brand Billie and Ritual vitamins.

The Bravo alum later issued a lengthy statement on Instagram, in which she apologized for her actions and to Faith in particular.