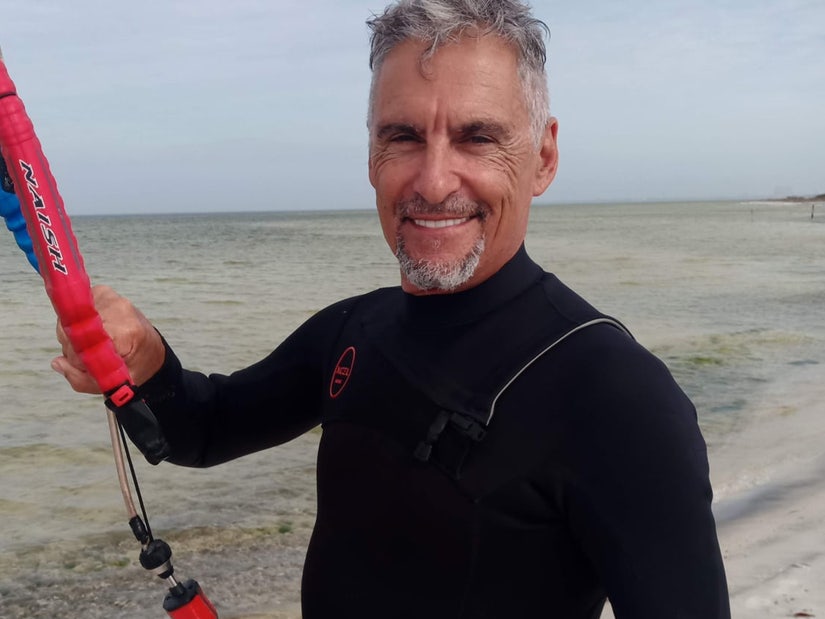 The actor was best known for his work as the villain Ba'al on the science fiction series.

Cliff Simon, who appeared as "the villain you loved to hate" Ba'al on "Stargate SG-1," has died. He was 58.

The actor's wife Collette broke the news of his death in a "tragic kiteboarding accident" in a Facebook post shared to his page on Thursday. She also posted a photo of him preparing to kiteboard, adding that the "small saving grace to this tragedy is that he was doing one of the things he loved most and passed away on the beach near the water, which was his temple."

Before becoming an actor, the South African native was a competitive swimmer and qualified for the 1984 Summer Olympics in Los Angeles. He instead decided to enlist in the air force, before becoming a stage performer, dancer at the Moulin Rouge in Paris and, eventually, landed his first television acting gig.

To Friends, family and fans,

It is with unimaginable heartbreak that I am sharing with you, that my beloved husband, Cliff Simon, passed away at 12:30pm on Tuesday March 9, 2021. He was at Topanga Beach, California and sadly passed away after a tragic kiteboarding accident. He was known to most of you on this page as the villain you loved to hate, Ba'al, from Stargate SG-1. But as he said, "acting is what I do, it's only a part of who I am."

And he was SO much more -  a true original, an adventurer, a sailor, swimmer, dancer, actor, author. There is a gaping hole where he once stood on this earth.  He was loved by too many to mention and had a great impact on so many lives.  He was an amazing and much loved brother, uncle, nephew, cousin and friend.

He was and always will be the love of my life and there is unimaginable heartbreak.

A small saving grace to this tragedy is that he was doing one of the things he loved most and passed away on the beach near the water, which was his temple.

I know this is a shock and will hit hard but we hope you can respect our need for privacy at this time.

I will end with this verse which Cliff loved and lived his life by:

"I would rather be ashes than dust! I would rather that my spark should burn out in a brilliant blaze than it should be stifled by dryrot. I would rather be a super meteor, every atom of me in magnificent glow, than a sleepy and permanent planet. The proper function of man is to live, not to exist. I shall not waste my days in trying to prolong them. I shall use my time."

I ask that you please respect our family's privacy during this time.