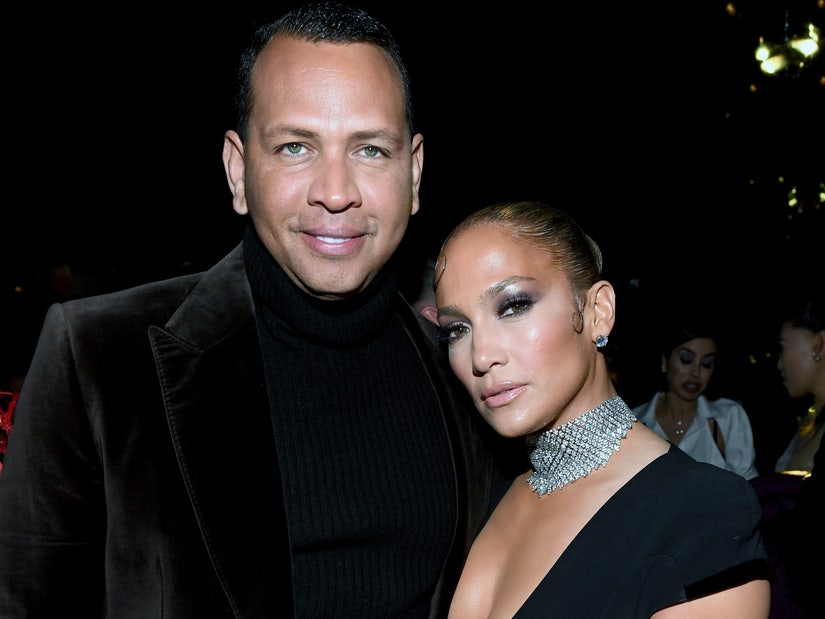 J-Rod has been engaged for two years and had postponed the wedding twice.

Jennifer Lopez and Alex Rodriguez announced they are still an item.

On Saturday, the couple told TMZ, "All the reports are inaccurate. We are working through some things."

The outlet also said its sources claimed a third party is not a factor in the couple's relationship challenges and that "things were 'bad' on Friday" as the reason for the original breakup reports.

Jennifer Lopez and Alex Rodriguez have called it off.

The pair, known as J-Rod, have gone their separate ways after dating for four years and being engaged for two, according to reports.

Just three weeks ago, the 51-year-old superstar shared several sweet photographs of herself kissing the 45-year-old baseball legend during an outing in the Dominican Republic, where she was filming her romantic comedy, "Shotgun Wedding."

The couple had twice postponed their own nuptials after they agreed to walk down the aisle together back in March 2019.

About a month after they were confirmed to be dating in March of 2017, Alex went on "The Ellen DeGeneres Show" to detail how easy it was for the two to find a love connection after bumping into each other at a restaurant.

"Then we basically had a small chit-chat... and she says, 'You have my number, reach out.' And I went home that night and reached out." he explained.

The two would go on to celebrate their relationship on Instagram over the years with adorable snaps of themselves and their children; J.Lo shares twins, Emme and Max, 13, with ex Marc Anthony, while A-Rod shares Natasha, 16, and Ella, 12, with Cynthia Scurtis.

With their unmistakable chemistry and endearing online presence, the news of the split shook fans, as they took to social media to share their feelings. And... quite a few memes.

Keep reading for reactions, below.

My thoughts on JLo and ARod pic.twitter.com/xu4S02YxJR

ARod and JLo breaking up?!?! Wait a damn minute!!! pic.twitter.com/BZgxaHprlt

The exact moment ARod knew he was done with JLo: pic.twitter.com/KciUkZR8a2

Ben Affleck after knowing that JLo and ARod broke up: pic.twitter.com/o8xEFi7TPE

not him being in back to back meetings but needing to break the news about JLO and Arod pic.twitter.com/oRjHLdYA5L

Everybody and they daddy when they hear JLO a free agent pic.twitter.com/cIfZqP0xUs

ARod and JLo broke up??

I thought I caught JLo looking at Diddy the other day like pic.twitter.com/REGrPin9Vf

I know it’s not our business but I’m going to need an explanation from Jlo and Arod. pic.twitter.com/6eQVOQd6DC