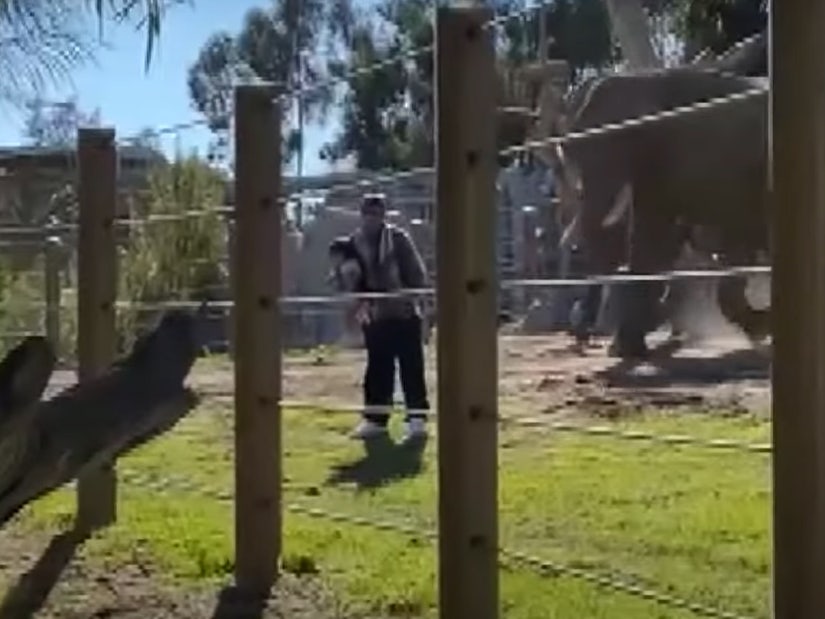 He carried her into the enclosure for a photo.

A father was arrested at San Diego Zoo on Friday after he almost got himself and his daughter trampled to death by an elephant.

Witnesses claim Jose Manuel Navarrete carried his two-year-old into the habitat in an attempt to get a photo, when the animal suddenly charged at them.

Incredible footage of their narrow escape, obtained by KFMB-TV, show the pair inside the paddock around 4 PM, the father holding the little girl in his arms, with their backs turned to the massive mammal. 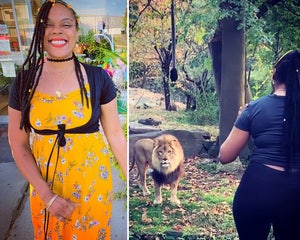 No, The Lion At Bronx Zoo Couldn't Have Got Near The Woman Who Climbed In

Suddenly the agitated crowd screams a warning as the 3-ton animal closes the distance between them; the dad turns and catches sight of the beast at the last possible moment, scurrying back toward the wire fence, as it deafeningly trumpets a warning.

The fleeing dad even drops his daughter on the ground as he scrambles beneath the barrier, which would have done little to stop the elephant had it decided to keep after him.

Luckily, the pair escape unharmed, as the enclosure owner gives up pursuit at the fence.

Witness Lori Ortale told the broadcaster she heard a woman yelling "Jose, stop" before he climbed inside.

"These guys right away were saying, 'That elephant is going to charge,' and it did," she said.

"We told him to get out and he turned around and he saw it thankfully just in time," said fellow witness Jake Ortale. "He runs, throws his baby through the gate and it's seconds from hitting him. He jumps through the gate, falls on the ground and then it roared."

"The baby starts crying and people were just mad at this guy," he added. 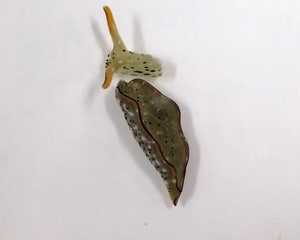 In a statement, the zoo said "two guests, despite multiple barriers, purposely and illegally trespassed into a habitat, which is home to our Asian and African elephants."

"San Diego Zoo security promptly responded to the incident, but the guests had already exited the habitat. Both the elephants and the guests are unharmed."

Navarette is being held on $100,000 bail for child cruelty charges, and is to appear before a judge for the charges on March 30.

His daughter went home with her mother.

Catherine Doyle of the Performing Animal Welfare Society said the charging elephant, Chaba, was born in the wild, and was protecting her territory.

"She was responding the way really an elephant would to an intruder," she said. "It looked to me like it was a mock charge, which is really intended to scare off an intruder."

"However, if Chaba thought her message wasn't getting through, it could've turned into a more serious attack."

“It was incredibly dangerous for the father and child, and I think they were both just very, very lucky. Oftentimes, the public thinks of elephants just like Disney’s Dumbo where they can pet them and ride them, and that's not the case. Wild animals are unpredictable," she added. "If someone thinks that they're going to take a chance, you know, for a thrill, try to do something like this, and do a selfie with a wild animal, you know you can end up losing your life." 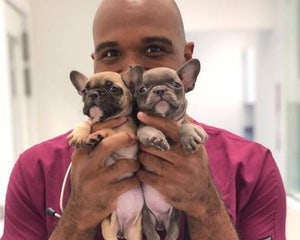