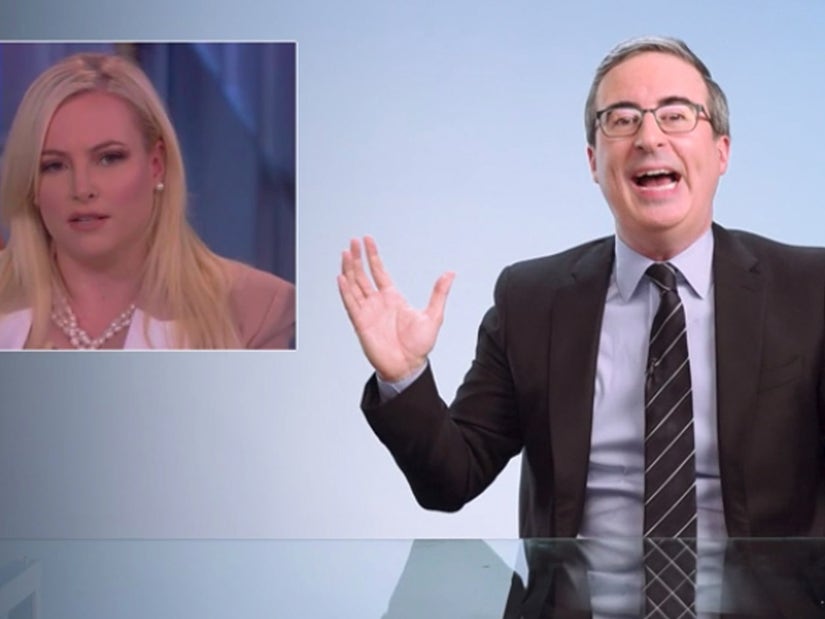 "Gather round, and take the word of a wealthy white woman who's dressed like she's about to lay off 47 people over Zoom."

"Meghan condemns the reprehensible violence and vitriol that has been targeted towards the Asian American community. There is no doubt Donald Trump's racist rhetoric fueled many of these attacks and she apologizes for any past comments that aided that agenda," her rep said in a statement to EW.

John Oliver took aim at Meghan McCain during Sunday's "Last Week Tonight," after the cohost of "The View" showed support for the Stop Asian Hate movement despite previously defending Donald Trump's continued use of "the China virus" in reference to Covid-19.

Anti-Asian hate crimes in the United States have been rising steadily over the past year, with spikes occurring in conjunction with dangerous rhetoric about the coronavirus from the Trump administration. As Oliver drew a line between the violence and the former president's words, he also called out McCain's initial stance on the issue. 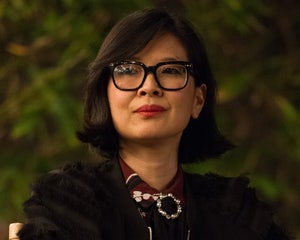 "Anti Asian racism has long been a fact in America," he said near the top of his show on Sunday, calling out instances of racial scapegoating and the United States' history of internment camps for Japanese Americans. "Not only are hate crimes against Asian Americans very much 'American,' so is denying that they're racist."

"Our long ugly history of anti-Asian racism and the fact that it often peaks during times of crisis is the very reason why, just last year, many were loudly warning that Trump calling Covid names like 'the China virus' was likely to lead in a rise of violence against people of Asian descent," he continued, adding that it was an argument that, "at the time -- not everyone seemed to find convincing."

He then aired a clip of McCain from "The View."

"Oh good, Meghan McCain doesn't have a problem with it," Oliver deadpanned. "Listen not to the scores of Asian Americans telling everyone that the term is dangerous and offensive! Instead, gather round, and take the word of a wealthy white woman who's dressed like she's about to lay off 47 people over zoom."

He then pointed to the tweet she sent out last week in support of the Stop Asian Hate movement.

"Now, I will say, McCain posted this week, 'Stop Asian Hate' with three broken heart emojis, which is a fine sentiment to throw up on Twitter after the fact," he said. "But there has to be an understanding that saying I don't have a problem with calling it the China virus is very much giving space for that hate to grow."

Before moving on, he added that "the minimization of racist rhetoric plays into the stereotype of Asian Americans as a model minority, pitting them against other minority groups and pressuring them to swallow their experiences with racism without making a stink because that's how you earn white acceptance."

“I am great — this is what we call responsible social distancing.”@WhoopiGoldberg joins us from her home as a precaution amid the coronavirus pandemic. https://t.co/f8u2wbJuik pic.twitter.com/xjxUmGXSue

McCain's initial comments weren't exactly echoed by her cohosts when she made them last year.

"I was uncomfortable and I remain uncomfortable when they're saying this is the Chinese virus, I don't think this is time do to do that," said Sunny Hostin, who argued that the Swine Flu wasn't called the "US Flu" during the 2009 pandemic.

Haines said calling it the "Chinese virus" was politicizing it, while Whoopi Goldberg said calling it that was dangerous to the Asian community and encouraging anti-Asian sentiment and violence. "Mother Nature really did this to us," she added.

Though McCain added that she didn't want to stereotype anyone, she also said she was "pointing fingers at China" for "suppressing information" when the first cases sprung up.

Goldberg then compared Trump's "Chinese virus" rhetoric to him calling Mexicans "rapists," a tactic McCain said was "effective" to his base. Replied Whoopi, "It was effective but it was not correct. If any Asian person who is getting hit because someone thinks they're walking around with it, you can't as the person leading the country, you can't lead with that, you gotta be better."

The show then tossed to a commercial.

The conversation around anti-Asian violence intensified last week, after nine people were shot and eight people were killed at three different massage parlors in Georgia. Six of the victims were Asian women.