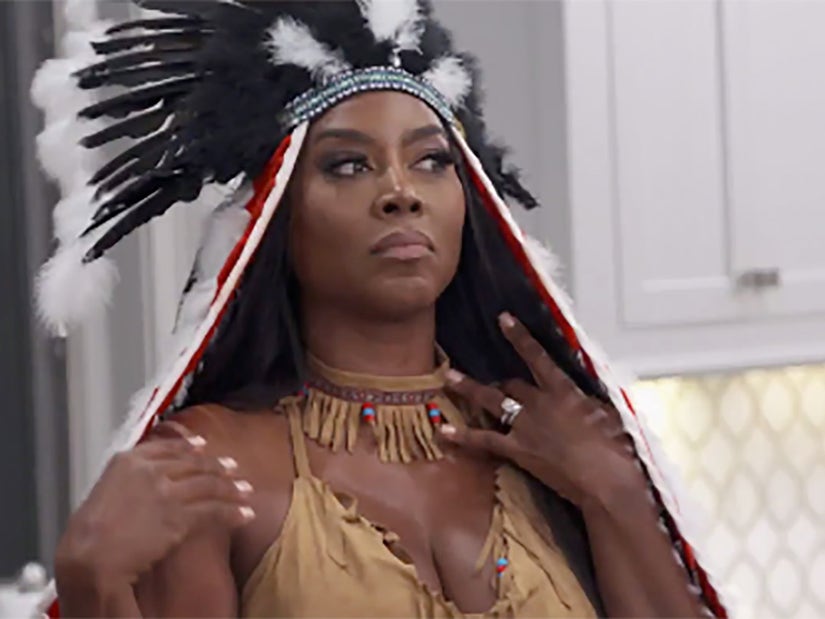 Viewers and a few of her costars called her out, while Moore initially claimed she was simply celebrating her heritage.

Both Kenya Moore and Bravo, which airs RHOA, have apologized after the reality star wore what was labeled by production as a "Native American" costume during a Halloween party on Sunday's episode.

"I want to sincerely apologize for inappropriately wearing the Native American headdress as a costume," Moore said in a statement to Page Six. "I now realize that this was both disrespectful and insensitive and would never have done it if I had that knowledge and understanding beforehand. I regret it. When you know better, you do better. I am genuinely sorry."

Added Bravo: "We had hoped it would provide a teachable moment, however in retrospect it is clear that the network did not address this properly given the gravity of the situation. We apologize to both the Native American community and our audience as a whole."

Moore also deleted a tweet in which she responded to criticism by saying the costume was "part of my heritage."

Kenya Moore was accused of diving headfirst into the cultural appropriation pool during Sunday's Halloween-themed episode of "The Real Housewives of Atlanta."

While the costumes for the evening ranged from astronaut to mermaid, it was Kenya's look that really got people talking. Though Bravo labeled it as a "Native American" getup in the lower third, Moore herself described her feathered headdress and tan, fringe dress as a "warrior princess." Nobody called her out to her face, but in the confessionals the ensemble was definitely a topic of conversation.

"Kenya's Native American costume is super problematic but I ain't trying to ruffle no feathers for this girls trip," said Drew Sidora. "It seems like I'm the only one who sees the issues with Kenya Moore's decisions."

Porsha Williams, meanwhile, added, "She is a Native American warrior. I thought we weren't doing that no more. I knew that this girl was crazy, but add lame to the list, add wack to the list."

Her look came up again in one of Bravo's After Show clips, where Williams elaborated a bit more on her issues with the costume. "Someone was dressed fully, head to toe, in cultural appropriation," she said, "How many times they gotta ask us not to wear that? How many times? Head to toe, just drippin'"

"I didn't think anything of it. If anything I think she, to be an Indian princess, she thinks that's a beautiful thing," said Kandi. "I don't think she was wearing the costume to mock anyone. I think she thought it was a beautiful costume, a sign of a leader, someone to look up to not to be made fun of. I don' think she was doing it as a joke to be mean."

Ali said she could agree with that.

The issue came up yet again on "Watch What Happens Live," where Andy Cohen asked Drew what she thought of the "culturally insensitive" getup and whether anyone confronted her about it at the party.

"No one said anything. I think we talked about it afterward, but I was done. It was like what you said, Andy, it was culturally immature, irresponsible, but I'm not gonna ruffle feathers," explained Sidora. "Me and Kenya, we had our conversation, I'm just trying to have a good time, I'm gonna keep my mouth shut on this one. Sometimes you gotta knew when to speak and when not to speak."

Though she didn't address any of her costars' comments, Moore did respond to one of the many viewers who called her out on social media -- simply saying the costume was "also part of my heritage."

That explanation, however, still didn't sit right with people in the replies.

If it was your heritage at all you would know not to wear that!!!

Then you would know the head dress is only for sacred ceremonial dance not for Halloween. Why don’t you ask your heritage on how offended they are about it being used for costume! I mean Native Americans have only been saying it for 10 plus years!!

What did dhe call her costume?? Warrior Princess??

She needs to cut the bull.

U know she doesn't take accountability for anything & is never wrong & it's other people's fault all of the time. This is why she's so well liked...sarcasm of course

See more stars who have been called out for their offensive Halloween costumes in the past below: 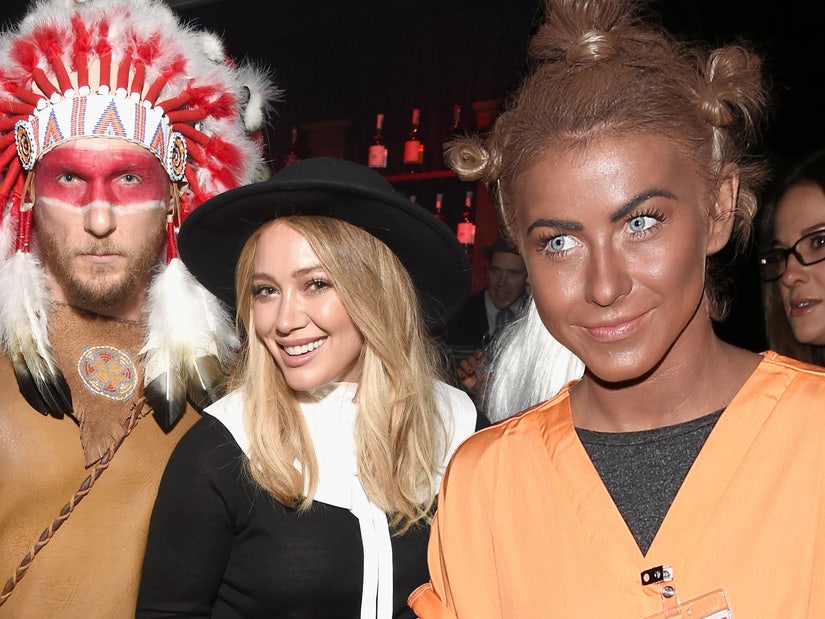