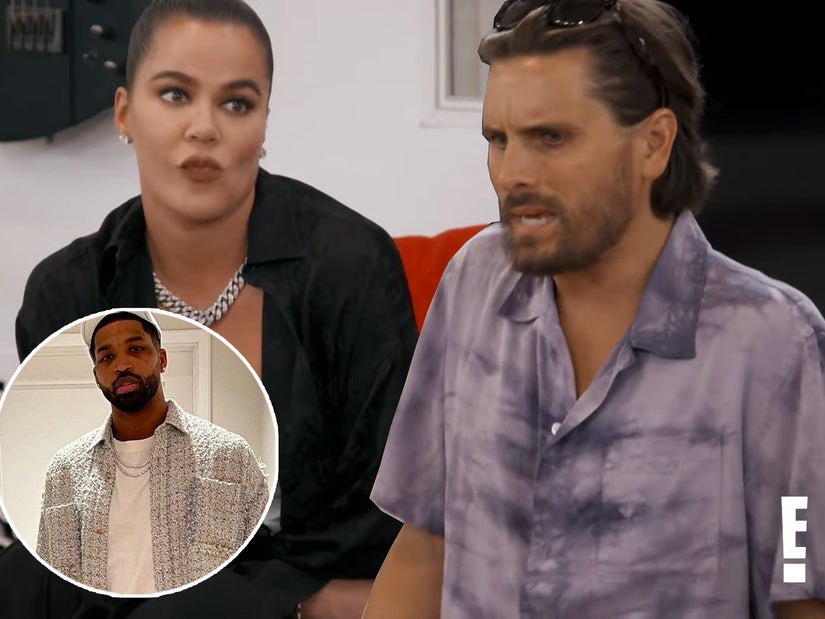 Khloe reacts to being called a "clown" by her followers as speculation about her relationship intensifies.

No matter what happens between them, Khloe Kardashian's relationship with Tristan Thompson will always play out in the public eye -- but she doesn't need Scott Disick making things worse.

In new footage from this week's "Keeping Up with the Kardashians," Khloe confronted Scott after he jumped into the comments on a spicy Good American photo she posted and wrote, "Tristan is a lucky man." At the time, Khloe was still figuring out where she stood with Tristan after his cheating drama, but fans and press read it as Scott confirming the two exes were very much back together.

"Scott, I got a whole lot of action this weekend and Friday from your little comment you made on the gram," she said in the sneak peek, before explaining the situation further in a confessional.

"I posted a photo on my Instagram to promote Good American and Scott left a comment that 'Tristan is a lucky man.' Then I'm getting bombarded with text messages and my publicist saying, 'Oh my gosh, all these media outlets want answers,'" she said. "Honestly, me and Tristan are figuring things out. I'm still trying to navigate my way through my feelings and that's how I want to keep it. I decided to delete Scott's comment just to try to get rid of all this unnecessary drama."

While Scott said the comment could have just been him giving his opinion, Khloe said she didn't even necessarily think it was a bad one -- but faulted everyone else for how they interpreted it.

"It's how the public treats me. Then I had to remove my tagged photos, everyone is putting clowns all over me," she continued -- before sister Kim Kardashian said she was "so over" Khloe "bowing down to what the public thinks."

Disick explained he also wanted to give Tristan some credit for 'finally" being a "f---ing really good guy," regardless of whether Khloe has romantic feelings for him now or not. "On the flip side, yes, Tristan f---ed up, but what about him? There's gonna come a point where he doesn't want to feel like you're embarrassed of him still. That's still gotta be kind of hard."

"For me, it's like, I don't want my peers, people I love and respect to look at me like, 'Oh this bitch,'" Khloe continued. "That's why, when all this outside noise is not around me, we are great. Tristan and I operate fine, we have fun together, it's enjoyable."

Scott then told her that, no matter what, people will always "talk s---" about her, something Khloe herself admitted to taking to heart recently more than ever before.

"I've always been incredibly vulnerable and so open with the show, with my life, every avenue, I've never thought twice about it," she said to the camera. "Recently, I would say, I'm really affected  by what people have to say about my relationship. Like I'm not even able to make up my own mind because I'm so flooded with everyone else's opinions or criticisms, I don't even know what's happening. Why do I have to be pressured to give people answers that I don't have myself?" 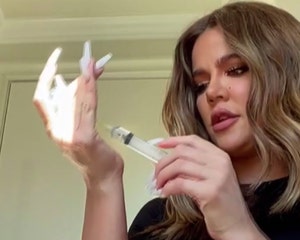