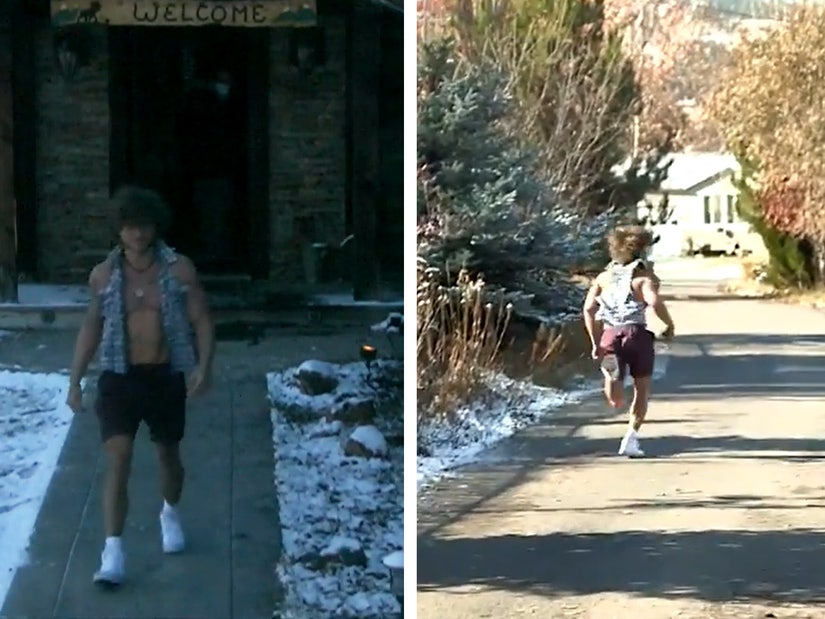 Production had to go searching for Gus, who disappeared after yelling, "Get the f--- away from me!"

The cast and crew had to form a search party after Gus stormed off in a rage and went missing on the latest "Floribama Shore."

In an exclusive sneak peek of Thursday's episode, Gus and Candace get into a heated argument when she accused him of stealing her hairdryer. After a few harsh words were exchanged, Gus storms out of the house.

"I'm f------ leaving, I'm not playing these games with y'all," he yells. In a voiceover, he adds, "I feel like I need to get away from this situation. This house is stressing me out a lot. And I don't like the headspace that I'm in."

Back in the bathroom, Nilsa tells Candace she's "not in the wrong," as Candace explains she was only trying to match Gus' energy during their confrontation.

After Codi calls the hairdryer situation "dumb," he gives a play-by-play in a confessional, saying, "Gus does his temper tantrum, slams a chair down and bolts out the door."

Codi then questions whether the gang should chase after Gus, who is outside repeating his claim of not playing games, this time to the production crew.

While Codi shows Kirk how he makes his world-famous Bloody Mary and Nilsa calls Candace's best friend to come visit them, production scrambles to get an eye on Gus.

Check out the lengths cast and crew go to find Gus in the clip above and catch ALL the drama on MTV's "Floribama Shore" Thursday at 8PM ET/PT.