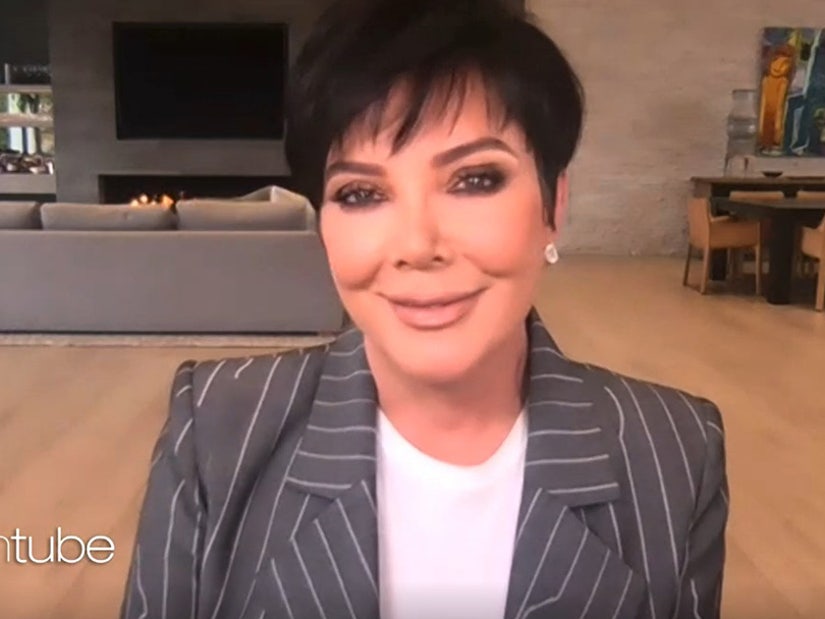 The "Keeping Up with the Kardashians" momager also recalls the time she and then-spouse Caitlyn Jenner were getting frisky on the bed -- with no idea one of the girls was hiding underneath.

Kris Jenner opened up about the current state of life in the sprawling Kardashian-Jenner family as they navigate their way through the 20th and final season of "Keeping Up with the Kardashians" during an appearance on "Ellen."

The ultimate momager talked about Khloe engagement rumors, her thoughts on Khloe and Tristan Thompson trying for baby number two, how Kim is handling her divorce from Kanye West and more. 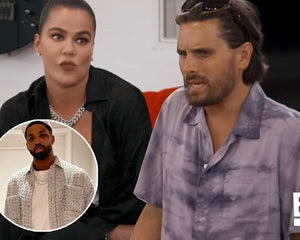 But she also opened up about a simpler time in the family's life -- long before the cameras started rolling -- when she and then-spouse Caitlyn Jenner got themselves into a little bit of embarrassment.

All kids play hide-and-seek, and one of the best places to hide has always been under the bed. Well, that's apparently where Khloe and her friend decided they needed to hide during one fateful day back when Khloe was only ten years old.

"They hid under my bed and stayed there for a really long time and in the meantime, Bruce — at the time — and I came into the bed and went to sleep," Kris recalled. Well, they didn't exactly go to sleep, but rather got into "a little bit of hanky panky."

Kris didn't go into too much detail, but did say the whole thing "was traumatizing." She also told Ellen DeGeneres that Khloe probably "didn't bring that up because she has PTSD over that one."

To make matters even worse, Kris said that it was evident the girls knew they'd been present for something they probably shouldn't have been, because she said it was hours before they tried to sneak out -- only to be caught by Kris and Caitlyn.

"They couldn’t have possibly known what we were doing, but I think as they got older they figured it out," she said. 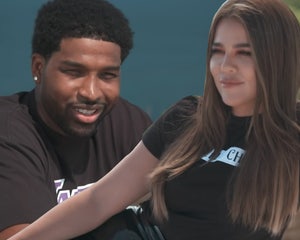 KUWTK Kicks Off Final Season with Khloe-Tristan Trying for Another Baby, Scott's Split from Sofia, and Kim's Baby Bar

Now, though, it's Khloe looking to bring another baby into the world, though not in the traditional, old-fashioned way. She's been working with Tristan Thompson to produce frozen embryos.

"I think that it's so great that they wanna do that again and have a sibling for True," said Kris. "There's nothing better than a big family and brothers and sisters. And that's just my heart. So I'm really happy. I just want them to be happy, and True will be so excited."

While the family has certainly come up with some creative names for their children, we're not sure Khloe is going to go with Ellen's suggestion that they name True's sibling False. "Ha, that's a good one," laughed Kris. "Oh my god!"

But what if they did?

When pushed about the ring seen prominently on that finger, Kris put on her momager hat, protecting the brand and its possible secrets, and offered little more than teases.

"That's a good ring. I think she just loves jewelry. She loves a good ring," Kris said with a devious smile, adding, "You should ask Khloe that."

After all, if Ellen books Khloe on the show to ask her that, it only expands the Kardashian empire. And they've got a whole new network to take over after the current final season of "KUWTK" wraps. The family is headed next to Hulu for whatever the next evolution of their brand is.

"We're choosing a production company and just figuring out what the actual show is going to be, but it's been such a wonderful experience working with them," Kris said of the streaming service. "And having a whole new chapter to look forward to."

Whatever happens, it looks like that phase will include a single Kim (alongside a possibly engaged Khloe), as her and Kanye West's divorce has been filed. When asked about how Kim is handling everything, Kris assured Ellen, "Kim's good!"

"She's really, really busy working on all of her different projects," Kris told her. "And I don't know how she does it with all those grandbabies. She's got a lot of energy, that kid."

One of her biggest projects, of course, is her aspirations to follow in her father's footstep. Before the family achieved fame, the late family patriarch, Robert Kardashian, gained fame for his involvement in the O.J. Simpson murder trial.

Now, Kim is busy studying for the bar in hopes of passing in 2024 and eventually opening her own law firm. That sounds like a fantastic reality show, doesn't it? Not only one following her journey to opening a firm, but one following the cases she'll take on as part of her ongoing initiatives toward prison reform and other social causes. 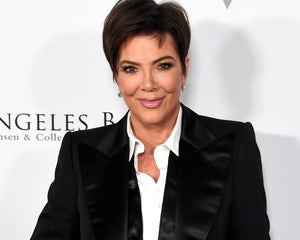 "You know, she's so focused and she's just passionate about the whole thing and everything she stands for and I see her studying," Jenner said of Kim. "It's in her schedule every single day when I get all the schedules for the kids. Her study time is all blocked out so nothing else can get in the way, so I'm so proud of her."

As for the current final season of "KUWTK," Kris said she's been surprised at how emotional she's been. She broke the fourth wall recently talking about it on the show, addressing the crew that has largely been with them these past 14 years and 20 seasons.

Finally, Kris revealed which of her kids she shares a tattoo with (and where it's located), as well as how an adult film star wound up babysitting her kids -- plus lots more craziness -- in a fun game of "Never Have My Kids Ever!" in the clip below: 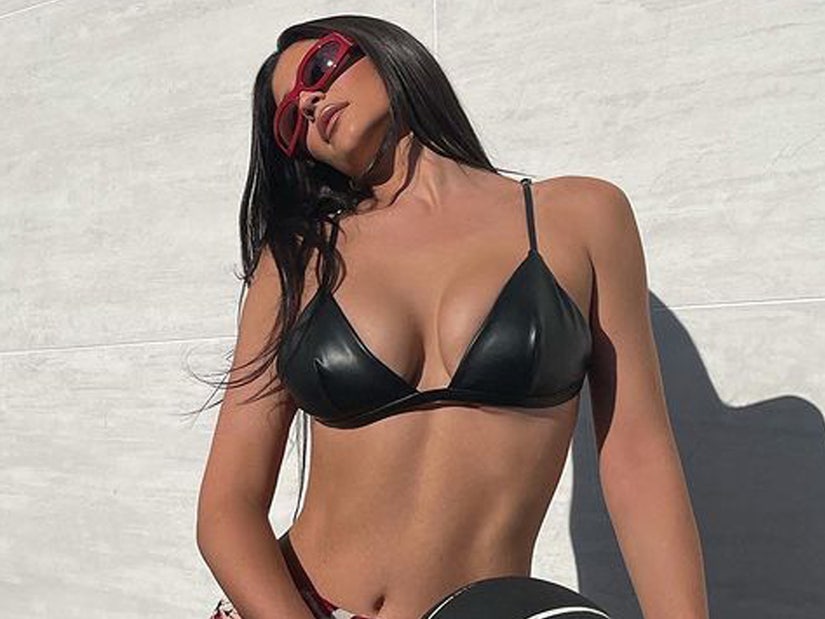