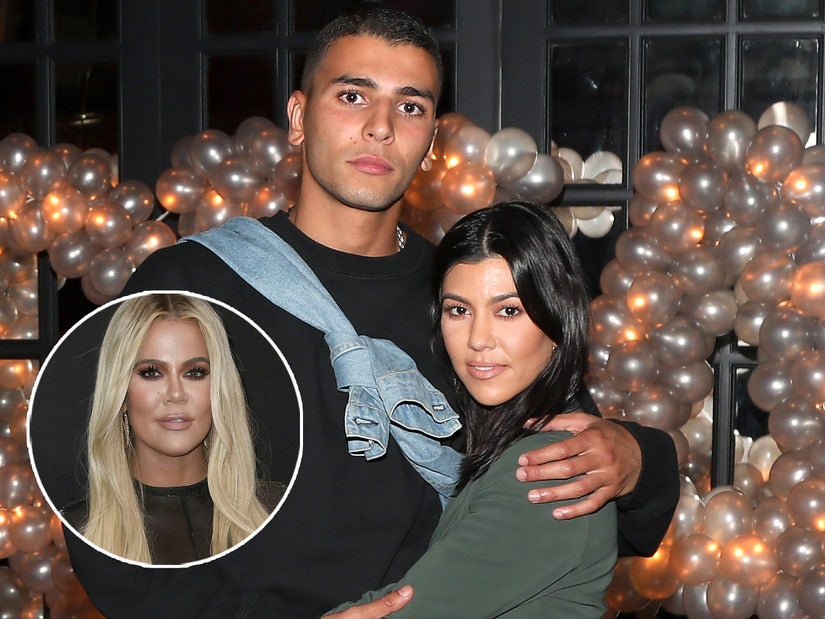 "He was sooooooo toxic and negative for Kourt."

Khloe Kardashian grilled Kourtney Kardashian about one of her exes on Thursday's new episode of "Keeping Up with the Kardashians" -- and while she didn't name names on the show, she seemingly confirmed who they were talking about on Twitter as it aired.

During the hour, Khloe started peppering her sister with questions about her love life, to distract Kim Kardashian from thinking about her own relationship drama with Kanye West. "I have a question for you ... are you dating anyone?" asked Khloe, to which Kourt replied, "No, who would I be dating?"

Kourtney went say that she really doesn't want to be dating anyone and claimed to have "hundreds" of men in her DMs. Khloe then asked, "Do you still talk to whatshisname?", which felt like a reference to her most recently ex-boyfriend Younes Bendjima. "No, never," she responded. "Do you look back and think he might have been a little negative for you?" Khloe probed. "Yeah, he'll text me once in a while," said Kourtney, before adding that she never thinks of him.

Khloe was live-tweeting as the episode aired and all-but confirmed the two were, in fact, talking about Younes. She tweeted, "He was sooooooo toxic and negative for Kourt," before a fan asked, "are we talking about Y?"

Kourtney and Younes originally dated from 2016-2018 -- before rekindling their romance the following year. After the two split for good, Kourtney started dating her current boyfriend Travis Barker.

He was sooooooo toxic and negative for Kourt. #KUWTK