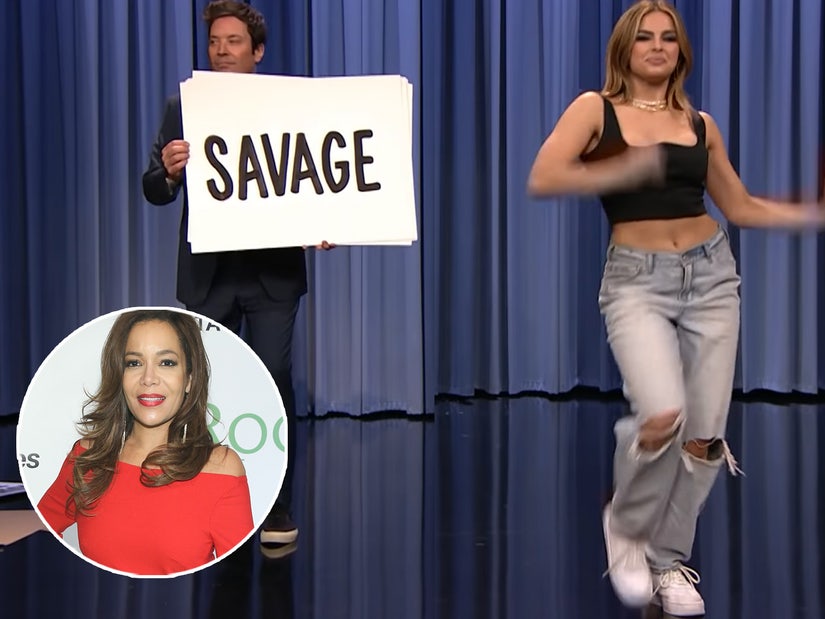 "This is a miss @jimmyfallon. Let's give credit to the black creators...."

"The View's" Sunny Hostin has voiced her disappoint over a skit on "The Tonight Show" featuring Addison Rae.

During a segment of the show called "Addison Rae Teaches Jimmy 8 TikTok Dances," Jimmy Fallon asked Rae to perform some of TikTok's most famous dances like "Savage", "Corvette Corvette", and "Laffy Taffy."

However, many on Twitter pointed out that the choreographers behind the routines were not credited, many of them Black and POC creators.

"This is a miss @jimmyfallon. Let's give credit to the black creators...." Hostin tweeted out in response to the segment.

Having garnered over 78.8 million TikTok followers, Addison is the app's second most followed star, which left many viewers outraged that there wasn't a moment to shine a light on the Black and POC creators who are constantly churning out the rigorous choreography that their white counterparts often get famous off of.

Another spectator wrote: "So I'm guessing all of the black creators who made these dances up were busy huh?"

So I’m guessing all of the black creators who made these dances up were busy huh? https://t.co/RS6boMNZH8

"This would have been the perfect opportunity for you to lead by example and in giving Black creators their due credit. This opportunity could have been huge for them," one upset fan explained. "But no, you chose to display a white girl who's already got a damn career doing this s---. This sucks, do better."

"This is why I bang on EVERYBODY about the economics and race of social media. The names of the artists not there. The actual choreographers not there. She's on national television but where are the Black kids who actually made these," another viewer penned.

Following the aftermath, Jimmy's team added dance credit to each creator in the description bio of the YouTube video that reportedly did not appear on the televised show: 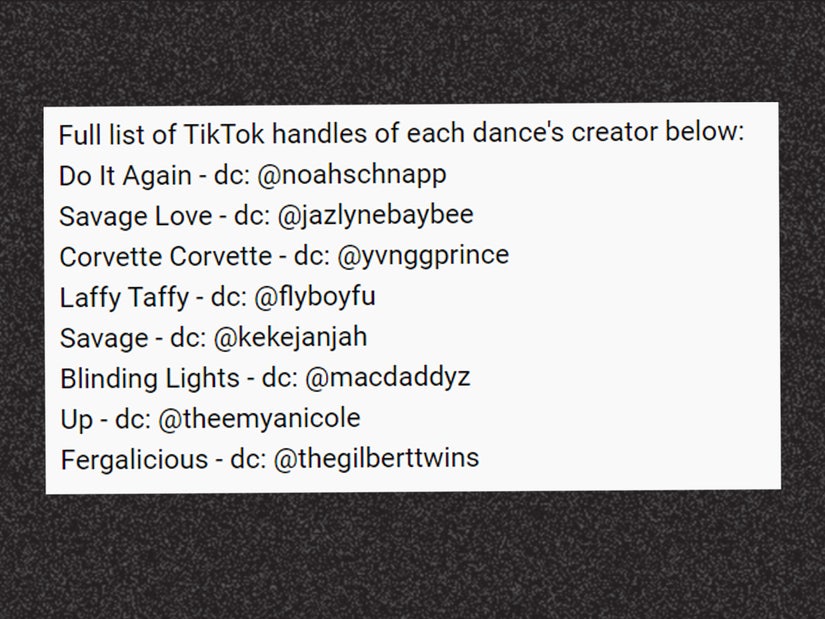 Addison and "The Tonight Show" have yet to publicly comment on the criticism.

This isn't the first time a TikTok star received backlash for this kind of mishap.

Charli D'Amelio was mistakenly credited with being the creator of the viral "Renegade" dance which was actually choreographed by 14-year-old Jalaiah Harmon.

Harmon told the New York Times, "I was happy when I saw my dance all over, but I wanted credit for it."