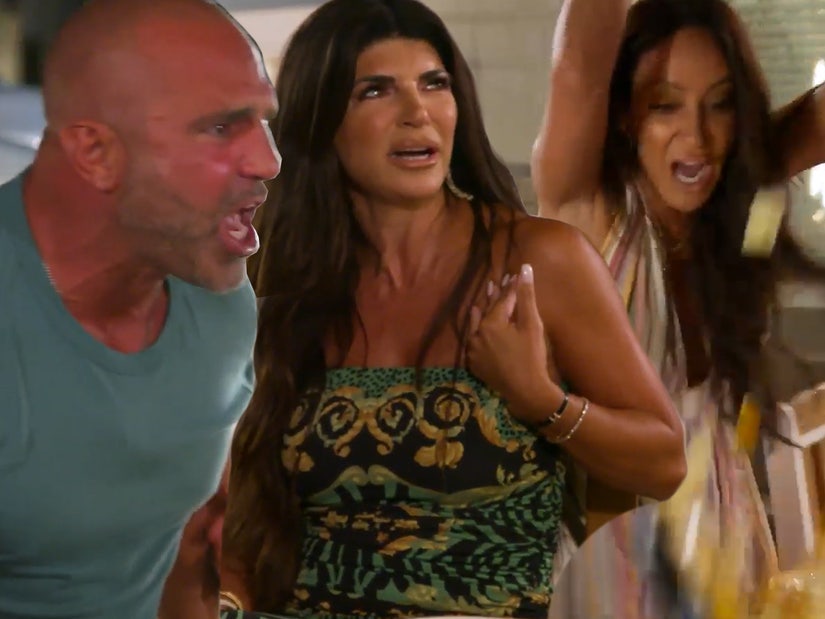 "He ruined everything and he put you in jail!"

Despite showing signs of turmoil in their relationship recently, Melissa and Joe Gorga were a united front when it came to blasting Teresa Giudice.

During the latest clip for "The Real Housewives of New Jersey," Teresa felt the heat after she accused her sister-in-law and brother of not defending her when Jackie Goldschneider made a snide reference about her jail time.

"Wait a second, what are you going to say now?" Melissa screams at Teresa, who is sulking by herself at the table. "I should have stuck up for you when she said you should be in jail? Really? Because all of a sudden you're a weak b---- who can't defend herself?"

As Teresa tries to explain her point, Melissa loses it on a bowl of cubed cheese and throws it in the air.

"Because you just f------ stuck up for your ex-husband when we were defending you," Melissa yells, referring to Teresa saying Joe Giudice did "the right thing" in divorcing her. "What the f--- is wrong with you? You're a sick f------ b----!"

"I've defended you too many f------ times! Defend us against your ex-husband!"

When Teresa turns to Joe for consolation, he calmly explains, "This is why she's upset, because I always fight for you and then when we're together you knock on us. That's why she's mad."

But the calm soon turned into a Gorga-fied storm after Teresa made reference to her ex acting commendable once again.

And with that, Joe jumped out of his seat and turned every shade of red. 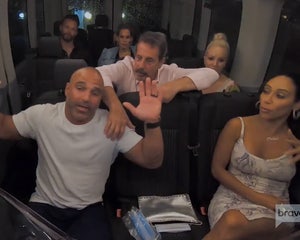 "The Real Housewives of New Jersey" airs on Bravo Wednesdays at 9pm.