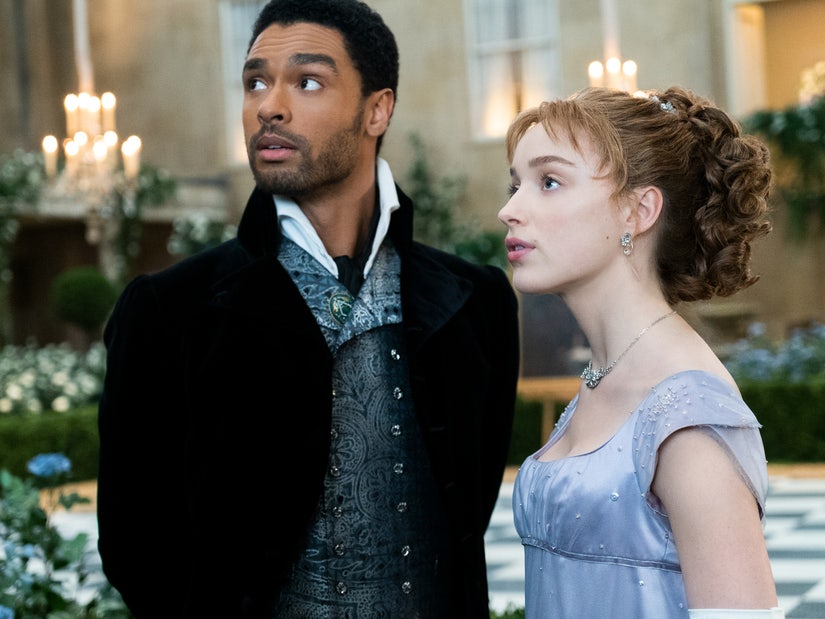 Lady Whistledown reveals it's time to "bid adieu" to this breakout star.

When "Bridgerton" returns for its second season, it will do so without breakout star Regé-Jean Page.

While the Duke of Hastings "always be a part of the Bridgerton family," the actor and character will be MIA on the show going forward, something Lady Whistledown herself announced on Friday.

Your Grace, it has been a pleasure. 💜🐝 pic.twitter.com/kX1nIG8pz7

"Dear Readers, while all eyes turn to Lord Anthony Bridgerton's quest to find a Viscountess, we bid adieu to Regé-Jean Page, who so triumphantly played the Duke of Hastings," read a statement from the fictional gossipmonger posted to the show's social media pages.

"We'll miss Simon's presence onscreen, but he will always be a part of the Bridgerton family," the message continued. "Daphne will remain a devoted wife and sister, helping her brother navigate the upcoming social season and what it has to offer – more intrigue and romance than my readers may be able to bear. Yours truly, Lady Whistledown."

Page retweeted the post and added, "Pleasure and a privilege! An honour to be a member of the family - on and off screen, cast, crew and incredible fans - the love is real and will just keep growing."

Pleasure and a privilege! An honour to be a member of the family - on and off screen, cast, crew and incredible fans - the love is real and will just keep growing ❤️💫 https://t.co/YBk4RvKNpx

While the news may come as a surprise to some viewers, the Duke of Hastings isn't a huge player in book series following the first novel, "The Duke and I." Page clearly knew this going into the show, as he reportedly only signed on for one season.

"It's a one-season arc. It's going to have a beginning, middle, end – give us a year," Page told Variety, recalling what he was told about the role when he was first approached to star. "[I thought] 'That's interesting,' because then it felt like a limited series. I get to come in, I get to contribute my bit and then the Bridgerton family rolls on."

"I have nothing but excitement for 'Bridgerton' continuing to steam train off and conquer the globe," he added. "But there is also value in completing these arcs and sticking the landing."

The show's second season will revolve around Jonathan Bailey's Anthony Bridgerton, an announcement Whistledown made in January when the show was officially renewed.

"This author has been reliably informed that Lord Anthony Bridgerton intends to dominate the social season," she added. "I will have my pen ready to report on any and all of his romantic activities."

And we'll be watching!