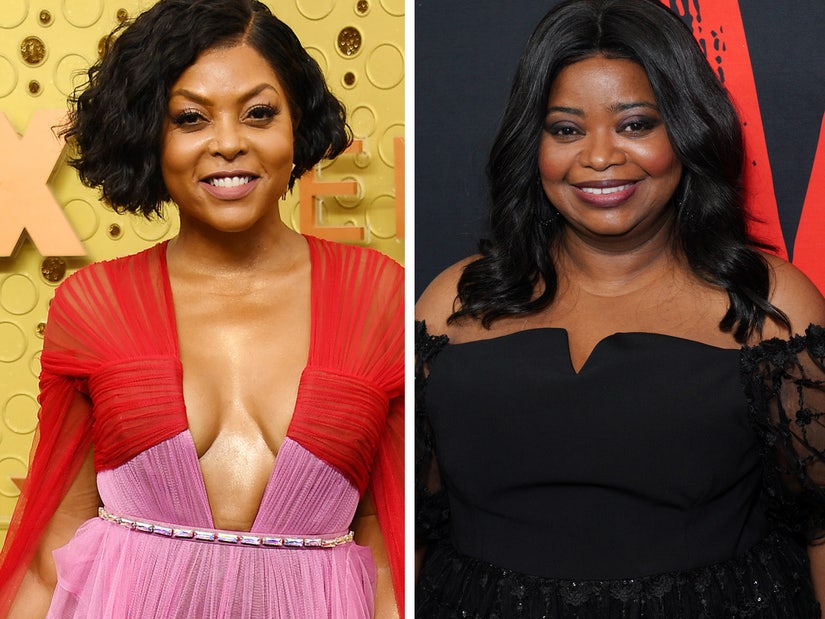 Henson also pranked actresses Gabrielle Union and Gabourey Sidibe, with the latter admitting that she was "shaking" after she was hilariously fooled by Henson.

Taraji P. Henson may have just pulled one of the greatest April Fools' Day pranks ever.

On Thursday, actress Octavia Spencer revealed on Instagram that she had been pranked by Henson, who appeared to have sent a text to Spencer asking if she had accidentally posted nude photos to her Instagram Stories. Spencer admitted she initially fell for the trick, joking that she "nearly fainted" when she received the text from her "Hidden Figures" co-star.

As shown in a screenshot of the text, which Spencer posted on Instagram, Henson sent three red exclamation points and wrote, "Did you mean to post nudes on your story?" The text then featured several rows of blank text, before Henson revealed it was all a joke at the bottom of the message. "April Fools!" she wrote. "Just kidding, in case your heart dropped!"

"Girl my heart dropped LMAO," Spencer replied to the text.

"Just got this from @tarajiphenson and nearly fainted," the Oscar winner captioned the screenshot. "Omg #ShesSoDayumFunny #ScaredTheHellOuttaMe."

However, Spencer wasn't the only actress to fall victim to Henson's epic prank. Gabrielle Union and Gabourey Sidibe said they both received Henson's text as well. Union and Sidibe took to the comments section of Spencer's post to share how they reacted to being tricked by Henson.

Stars and fans alike reacted to Spencer being pranked by Henson in the post's comments section.

Spencer's "Ma" co-star Gianni Paolo commented, "The fact that you even thought 'damn did I post my nudes' for a split second 😂😂😂😂😂😂😂"

Meanwhile, Canadian singer Deborah Cox wrote that the prank had been "circulating."

We're dying to know who else was pranked by Henson, but it's safe to say the actress won April Fools' Day 2021.