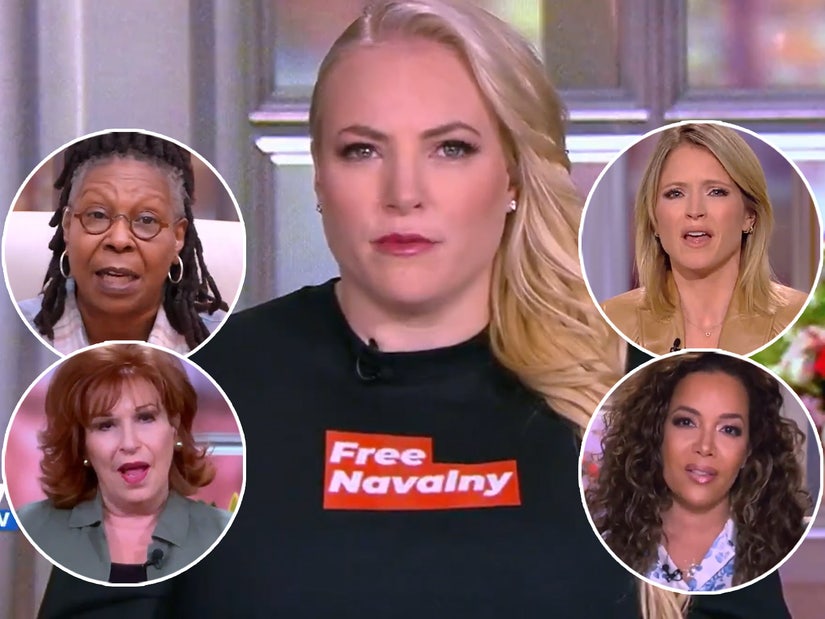 She immediately got pushback from her cohosts, who argued, "I don't see how the Democrats are supposed to convince the Republicans to get a brain going."

Vaccine passports -- aka proof you've been vaccinated for Covid-19 -- was the hot topic up for debate on "The View" on Wednesday, and once again Meghan McCain was on an island of her own as her cohosts all pushed back on her stance on the issue.

While McCain herself said she wants people to get vaccinated, she shifted blame to Democrats when it came to why Republican men are hesitant to do it themselves.

STATES DIVIDED OVER VACCINE PASSPORTS: Although the White House rules out a possible federal ‘vaccine passport’ to show proof of vaccination in order to travel and go to events, states are split over support of a requirement — the co-hosts weigh in. https://t.co/DGAztkO8MJ pic.twitter.com/p2jWkfj3Xd

"I really don't believe that the White House and Democrats are doing a good job to get Republicans on board with getting vaccinated," she began. "I have always worried about the politics for worse for this country being involved in the pandemic and so much of this is political. And I think Republicans being screamed at that they're like dumb rednecks trying to be super-spreaders, of course they're not going to want to get the vaccine. I don't make the rules, this is just the world we're living in."

"Conservatives and Republicans, part of our DNA is questioning big government, is questioning being told what to do, is questioning our privacy. I'm just mixed on it," she continued. "I really value privacy, I think anything having to do with big government is dangerous ... but I also want people to get vaccinated. I don't know what the answer is. Most of the people I know who are vaccine hesitant haven't been moved by any of the arguments coming out of the White House thus far."

Whoopi Goldberg was among the first to react, saying, "I don't know why it would be up to Democrats to convince Republicans to do something that's good for them." While Sunny Hostin didn't get to respond directly to McCain, she also made her stance known beforehand.

"There are Republicans saying this is a radical idea," she said, before saying the idea of having proof of vaccination is nothing new for kids going to school or international travel. She went on to say that if you get vaccinated, you get the benefit of a vaccine passport and everything that comes with it -- and if you choose not to, then you don't. "It's just a matter of public health, it's not a political issue."

After joking that she wanted to get to Italy "before Stanley Tucci eats all the food" there, Joy Behar said she had no issue with getting a passport. "If you're so scared or so intent or you're some Republican male who wants to screw around with the libs, then don't come on the cruise with me," she added.

"This idea that it's a privacy issue and yet the same people who say it's an overreach of privacy issue are anti-choice," she continued. "Roe v. Wade was settled on a privacy issue and it's the law and this is an invasion of my privacy when you are sick in the same building as I am in. I am against that. I am against you coming anywhere near me without a vaccine and I would like you to prove it. It's logical, it's a public safety issue, it's not a political issue so get over it."

"A lot of people are scared of this vaccine ... what they should be really scared of is the possible potential things that could happen to you if you get Covid down the line," Behar continued. "Nobody's dying from the vaccine, they are dying from the disease. I don't see how the Democrats are supposed to convince the Republicans to get a brain going, okay?"

After McCain interjected that she felt the country is becoming more and more divided, saying this is just another example of how we're "headed toward the most divided America of our time," Sara Haines put the blame back on Republicans -- and Trump specifically -- for making that happen.

"Anything that can get businesses back on their feet, I vote for. I just wonder where those people are who were protesting government shutdowns and how businesses need to reopen," she wondered. "Now we have a shot at reopening them and helping them by doing this and we're going to fight about that too?"

"I look at the fact that this was four years in the making of someone who ripped apart trust in everything, from the media to the CDC to health officials to Dr Fauci," Haines continued. "I don't think it's on anyone at this point to do the work to play catchup for something that should have just been facts, science and information."

She then echoed Joy's stance when it came to the privacy issues at hand here.

"I cannot argue privacy on a public health issue like this when I don't understand how the most private thing in my body, my uterus, seems to be open for business when its convenient politically," she said. "I will say these passports are a great idea." 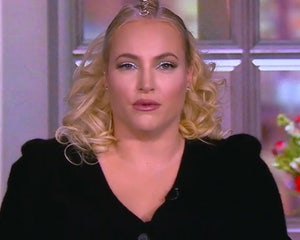