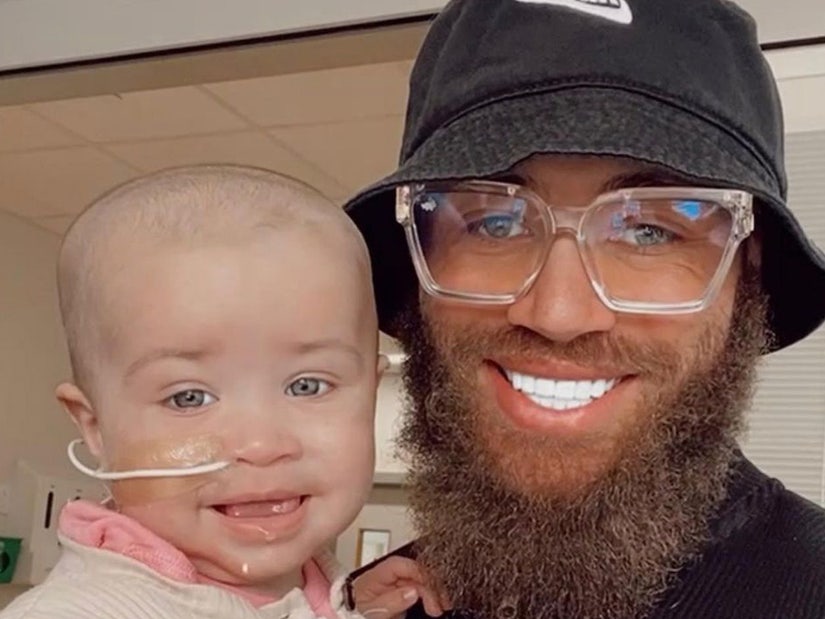 In an emotional post to Instagram on Thursday, the reality star said his baby girl, who will be eight months old on Saturday, had developed cancerous tumors throughout her brain, kidneys, liver, lungs and spleen. He added that the plan to take her to Singapore for a CAR T-cell therapy is no longer viable and that the chemotherapy isn't working.

"Her disease is that aggressive that nothing they are doing is working," Ashley said. "She's one in a trillion, but unfortunately so is her disease."

The discovery of the tumors came a week ago during several tests for the T-cell therapy. At the time, according to Ashley, "consultants said that they think she's only got one, two days to live."

"And it could even be like that night," he added. "So we took Azaylia home with the palliative care team and stuff."

Azaylia continued to fight over the next few days as the family returned to the hospital once more, but the doctors were all out of options.

"She's had a tough, tough life. From eight weeks old she'd been in hospital having chemotherapy, operations, transplants. And I feel like for the last part of her life, I just want to take her home, see her like a baby and give her the best rest of her life that we can give her."

In a follow up post on Friday, Ashley wrote, "9 days ago consultants told us my daughter had 1-2 days to live, but thought she may pass that evening. Even with a barbaric disease consuming her blood, tumours in her brain and organs and amounts of pain I cannot imagine... She is still battling through 9 days later, with parts of the day with nothing but smiles despite her discomfort. 💔"

"You are in my arms, my thoughts, my prayers and my heart everyday my princess. YOU'RE MY HERO! ✊🏾 DADDY LOVES YOU! ❤️"