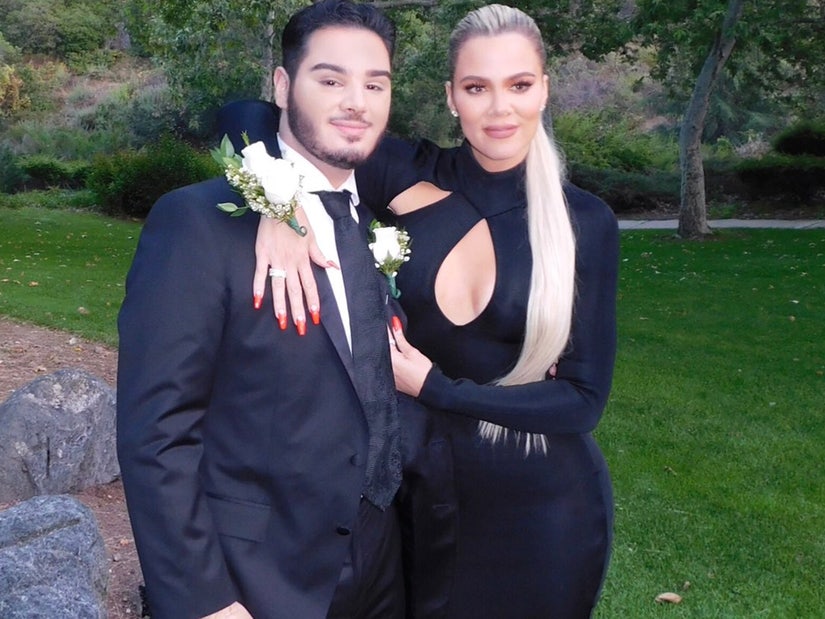 These teens landed their dream dates!

Prom is perhaps one of the most memorable nights in a student's high school experience.  And for some teens, their night was made even more memorable by the addition of an A-list star!

It was all made possible thanks to their over-the-top promposals -- and sometimes with the help of reality TV. After extending invites to their celebrity dream dates, these high school seniors were surprised to learn that a few stars actually said "yes!" Based on what these celebs had to say about their night out, it seems like they had just as much fun as the student who invited them!

Find out which celebs went to prom with fans...

Taylor Swift missed out on attending her own prom so she joined in on the fun at a high school in Alabama. She took part in an MTV show titled "Once Upon a Prom" which helped her get paired with a student from Hillcrest High School. Out of 50 possible matches, Taylor selected a teen named Whit Wright. The duo donned matching pink outfits and double dated with Taylor's BFF Abigail, rolling up to prom in a tour bus.

"It was literally one of the best nights of my life!" Taylor told People at the time, adding, "This guy was so down to earth and all-American. He was unbelievably sweet."

Kylie Jenner was sad to have missed her own prom so she surprised a high school student who didn't have a date of his own. Kylie and her former friend Jordyn Woods jetted to Albert Ochoa's hometown, wearing gowns and corsages as they were followed by a camera crew.

"I was speechless. I was shocked. It was unbelievable. After prom, everyone wanted to be my friend. I never expected so much attention in one night," Albert said after the event.

Back in 2014, Vanessa Hudgens attended prom with a fan named Cesar Guerro who was battling cancer. The duo were connected by the organization The Art of Elysium, a charity that uses arts to inspire ill children and was hosting a prom for teens dealing with illness.

"Thank you so much for coming to my special prom. It was really nice getting to know you and to dance with you. It really meant a lot to me that you took your time off and come to my prom. I love you so much. To all my friends to make you jealous here's a picture with my bb v," Cesar wrote on his Instagram.

Like Taylor Swift, Rihanna also took part in an episode of "Once Upon a Prom." During the show, which aired in 2007, Rihanna paired up with a fan named Richard and headed to his high school for a night of dancing, mingling, and, of course, taking prom photos.

Khloé Kardashian didn't go to prom until she was 34 when a teen who runs a Kardashian fansite invited her to join him at the dance. Khloé and Narbeh, who had previously exchanged DMs, met up at the Glendale High School event and enjoyed a night of dancing and snapping photo booth pics.

"My very first prom and I went with THE BEST date ever @NarbehKardash !!!!! We had so much fun!!! How handsome is my date???" Khloé wrote on Twitter.

My very first prom and I went with THE BEST date ever @NarbehKardash !!!!! We had so much fun!!! How handsome is my date??? pic.twitter.com/LohG4cXKU2

In 2013, Dwyane Wade accepted an invitation to prom after a fan named Nicole Muxo created a YouTube promposal. The night before the event, Dwyane saw the message with the invitation and since he wasn’t busy, decided he would join her.

"She actually DM'd me on Twitter and said, 'This is the address, this is where I'm gonna be just in case,' and when I got that I said I won't be doing nothing tomorrow night and I can go and make this a memorable moment for her," Dwyane reportedly told WSVN, later posting that he had a "blast" at the event.

In 2015, Kellan Lutz took one of his biggest fans to prom in her New Jersey hometown. Kellan had previously met Brianna Siciliano when she won a contest to video chat with the actor and the duo kept in contact after the call. Kellan reportedly showed up in a Bentley and even wore a boutonniere.

"I love her so much. It was the best night ever," Kellan told Entertainment Tonight.

I got my dream prom date today. Thank you @kellanlutz for everything (I'm considering this my first ever date fyi) pic.twitter.com/IO8HWk0Ubx

Charli D'Amelio may not be quite old enough to attend senior prom, but she did accompany a fan to his high school ball. Connor Hogan drove quite the distance to invite Charli to the event during a meet and greet and she couldn't help but say "sure!"

"He came to see me at my meet and greet a couple weeks ago and I for 'sure' kept my promise!" Charli wrote on her Instagram, along with photos from the dance.

Olympian Shaun White received a video promposal from high schooler Carly Monzo back in 2014 but as the day of her prom approached, she hadn’t heard anything from the snowboarder. It turns out that Shaun had planned to surprise her at the dance and the night of the event, she was called up on stage for the big moment. Shaun danced with her and even got his band Bad Things to play a song.

High schooler Jake Davidson originally sent a prom invite to model Kate Upton but when he was turned down, Nina Agdal stepped in to save the day. She joined the student at the event held at the Annenberg Community Beach House in Santa Monica.

"It was a surreal experience. I'm so grateful her people reached out - a once-in-a-lifetime experience," Jake told NBC.