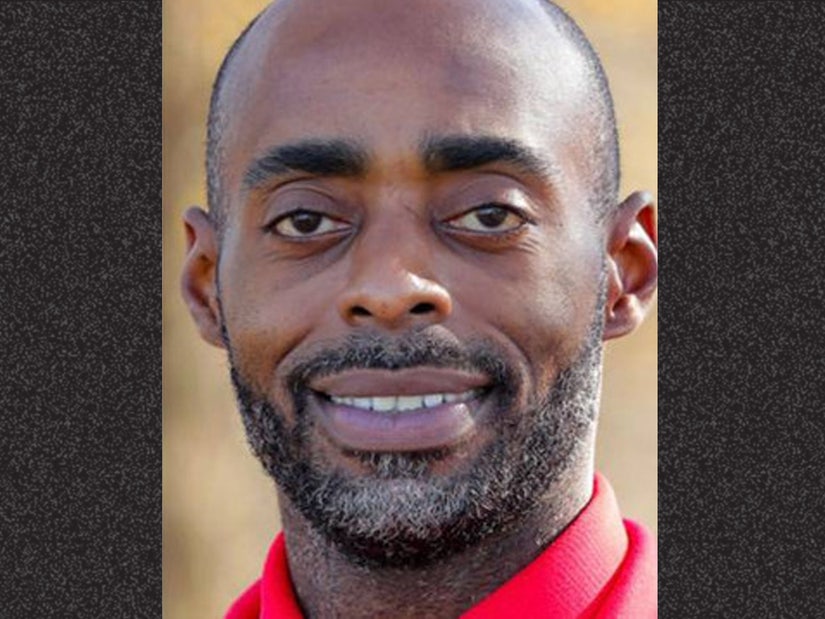 The father-of-three was a beloved basketball coach, Spanish teacher ... and also moonlighting as a stash house raider, investigators say.

A high school teacher was killed in an 'old Western shootout' while trying to rob a drug cartel's stash house, according to police in North Carolina.

Barney Dale Harris was pronounced dead at the scene, and Alonso Beltran Lara was transported to a local hospital, but later died from his injuries.

Investigators said the two victims were members of separate criminal organizations, and had died in a shootout; but it soon emerged that Harris had another career too: a high school teacher and basketball coach at Union Academy Charter School.

After news of Harris's death broke — but before the Sheriff's bombshell press conference on Wednesday — parents, students and colleagues alike had shared grief filled tributes to the popular teacher; a GoFundMe had even been set up to help the wife and three children he left behind. The GoFundMe has now been pulled, and stalled at $23,005.

According to Sheriff Terry Johnson, Harris and his brother-in-law Steven Alexander Stewart Jr. had been tracking Mexican drug cartel members, trying to map out their stash houses, and settled on one to rob of its stockpile of cash and drugs.

They believe Harris broke into the trailer while Lara was away, and lay in wait to ambush him when he returned.

But at some stage, a gunfight broke out, in which Harris was shot multiple times and killed. Johnson didn't say how many people were involved, but described it as an "old Western shootout."

"Numerous guns were used. You could tell it was almost like an old Western shootout," he said, describing the multitude of bullets that went in and out of the trailer, and struck other trailers in the park. Miraculously, no one else was hurt besides the two victims.

Nor did police say who they believe shot whom; however Lara was unlikely to be the one responsible, as he was found with his hands and feet bound, shot in the head "execution style." 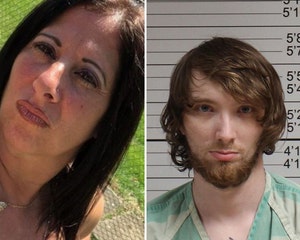 "Of course it didn't help Mr Harris," Sheriff Johnson noted, "because different vests are made to stop different ammunitions. And he was a loser in that game."

Officers also seized 1.2 kilograms of cocaine, five guns and about $7,000 in cash from the scene.

On Sunday, police arrested Stewart Jr, and charged him with first degree murder, first degree burglary, and possession of a firearm by a felon. Whether he shot anyone or not, he can be convicted of a murder if he was involved in a crime in which someone died.

Police also issued a warrant for Juan Daniel Salinas Lara, who already has outstanding warrants for cocaine trafficking. According to the Sheriff, he "went back to Mexico real quick" after the shootout.

And Sheriff Johnson is almost certain that the two killings will not be the end of it, either.

"Folks, I can tell you now: when we are dealing with the Mexican drug cartel, somebody's probably gonna die as a result of this here, somewhere else," he told the press conference, recorded by WBTV.

"As sheriff, I am still worried about retaliation. The Mexican cartel, they don't forget. They're gonna pay someone back, somewhere. And that concerns me greatly as Sheriff of this county."

"I know the cartel, they have a reputation. They don't lose. They're going to pay somebody back."

Harris's school meanwhile released an updated statement in the wake of the new information.

"Union Academy's first priority is caring for and protecting our students and staff. Earlier today, law enforcement released details about last week's death of one of our teachers, Barney Dale Harris II," it said.

"The Union Academy family was shocked and devastated to hear the information and will continue to focus on supporting our students and families. Any questions about the investigation should be directed to law enforcement." 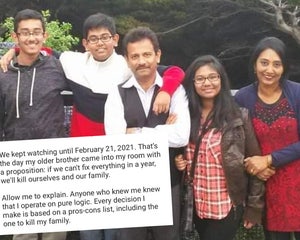