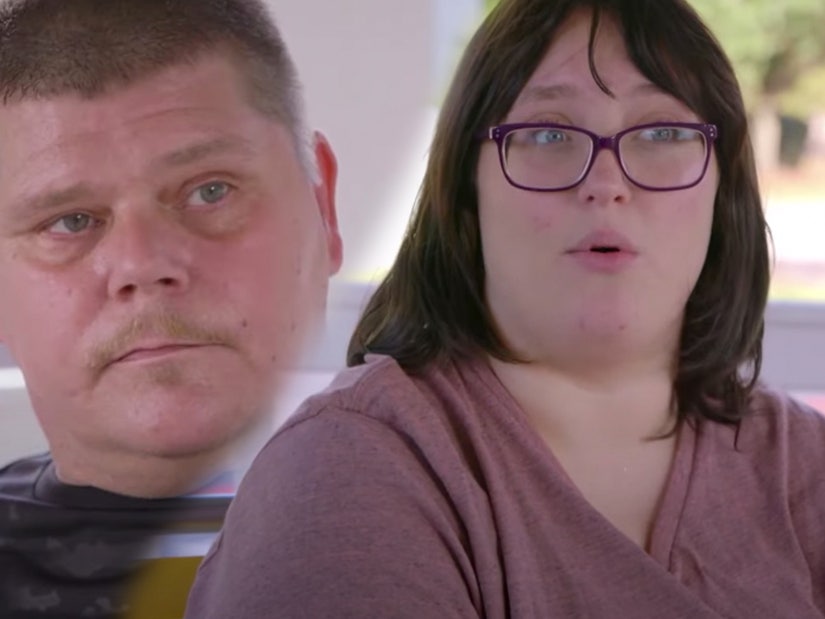 With her Mama June confrontation out of the way, Pumpkin finally comes face-to-face with Geno Doak.

Mama June Shannon and boyfriend Geno Doak have started to make amends for how their drug addict behavior affected their family -- and Lauryn "Pumpkin" Shannon isn't holding back.

Last week's episode saw Pumpkin, Alana "Honey Boo Boo" Thompson and Mama June finally sit down and hash out their issues following a long period of estrangement while June's drug use spiraled out of control. After she and Geno completed rehab and started focusing on their sobriety, Lauryn agreed to a sit-down with her mom, but wasn't quite ready to do with same with Geno just yet.

On this week's episode, it looks like she's ready to face him as well. In an exclusive sneak peek at Friday's new hour, Lauryn has a conversation with Doak, telling him just how hard things have been while he and June were using. First, he says why they decided to get clean.

"It was just tired of living the way we were," he tells her. "It wasn't even really living, we were just existing. We were in a cycle and we couldn't stop."

"She thinks my daddy doesn't want anything to do with me because I'm not a boy," Pumpkin continues, alluding to Sugar Bear. "Then she thought Mama's addiction -- y'all's addiction -- was her fault too ... I don't want her to think like that, I told her it's not her fault."

In a confessional, she adds, "I do feel bad for Alana because her piece of s--- daddy doesn't want anything to do with her." She admitted Geno "went above and beyond" for Alana once he came into their lives and "really showed Alana what a father was supposed to be." That only made it all the more upsetting, however, when "Geno dropped her and him and Mama didn't really give a s---."

"I was really angry. At myself, at y'all, literally everybody," Lauryn then tells Geno, who admits she had "a right to be and Alana has the right to feel that way."

"I think it's good for you and Mama both to hear Alana's side because I'm older, I can shelter my feelings like I need to, but Alana tends to hold things in," Lauryn continues. "I think it's good for Mama to see Alana get upset. She is only 15 and we all forget that because Alana does act way more mature than she actually is."

She then acknowledged that both Geno and June have been more understanding now that they've been "sober for a lot longer than just 2-3 days," praising them for being able to listen and "move past all the hurt."

"I'm terribly sorry, I regret the things that have happened and I want you to know there's nothing that we wouldn't do for you guys," Geno tells her. "We love you all and I said I'm extremely sorry."

See the full confrontation when "Mama June: Road to Redemption" airs Friday on WE tv.