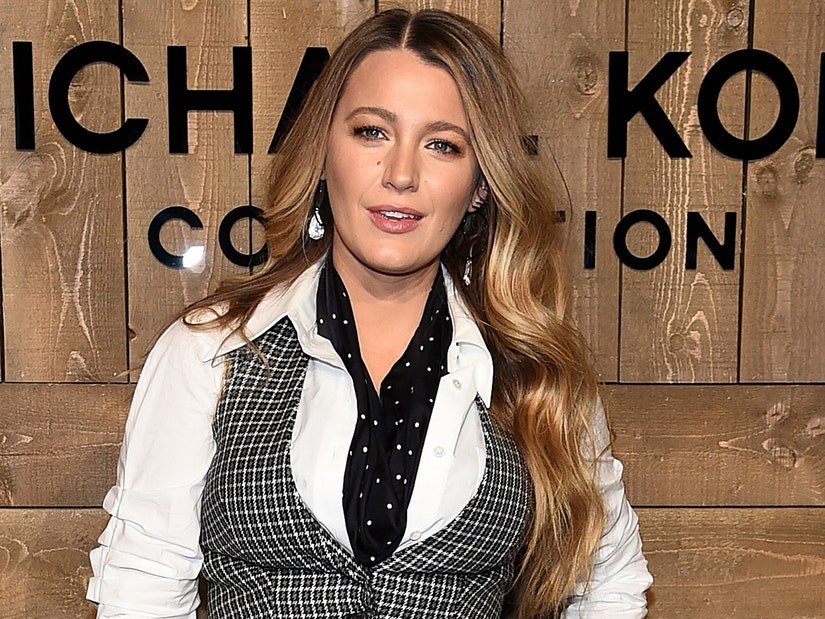 "I was hiding behind every tree in that wood!"

Pregnancy is an exciting time for many actresses but for those in the middle of filming a TV show or movie, it can get a little complicated! While they're getting ready to welcome a new addition IRL, it may not be true for their on-screen characters.

But thanks to help from the rest of the cast and crew, actresses like Emily Blunt and Kerry Washington were able to keep things under wraps. Although some eagle-eyed fans may notice some conveniently placed purses and extra baggy clothing, their pregnancies go unnoticed for the most part.

Find out which actresses hid their pregnancies while filming…

Gal Gadot was noticeably five months pregnant while filming reshoots for "Wonder Woman," so the special effects team had to step in. Costumers cut a hole from the middle of her superhero suit and replaced it with a bright green cloth so that the special effect department could alter her figure in post-production.

Emily Blunt was pregnant while filming "Into The Woods," which was ironic considering her character desperately wanted a baby but couldn't have one. Emily's co-star Meryl Streep said that during filming, Emily had to constantly hide behind James Corden and her apron was always being adjusted.

"I was hiding behind every tree in that wood! Colleen Atwood, who's the most remarkable costume designer, as everybody knows, was so accommodating. I would say towards the end, every four or five days they were making some adjustments," Emily told Us Weekly.

Kate Winslet was actually five months pregnant while filming "Divergent" and in order to cover it up, her character was often carrying an iPad or folder in her arms.

"We had to be very strategic in the way that we shot her. She always had some sort of file or case in her hand that was sort of protecting, you know, her bump," director Neil Burger said in the film's DVD/BluRay special commentary.

Kerry Washington was pregnant during both season three and season six of "Scandal" and managed to conceal it both times! While season three was cut short by a few episodes, in season six, Kerry strategically hid her bump with coats and purses.

"You could play a really fun game for the first five episodes of 'find the bump.' We shot five episodes before I gave birth and the rest of them are after. [We hid it] behind flowers, behind Prada purses, behind big coats and capes," Kerry told ABC News.

Back in 2003, Reese Witherspoon starred in "Vanity Fair" while she was pregnant with her second child. Thankfully, she was able to easily hide her stomach by wearing the voluminous period dresses and standing behind strategically placed pieces of furniture.

"We've had a couple of scenes where my stomach was peeking out a bit, but we've found solutions," Reese told People at the time.

Mindy Kaling is a pro at concealing her baby bumps but she had a little help from costume designer Sal Perez during the final season of "The Mindy Project."

"I shot the entire last season pregnant and @MrSalPerez hid it so well! As did Michael Spiller and our cinematographer, Marco Fargnoli. The finale I was almost 7 months along and it was a heat wave. See if you can tell," Mindy wrote on Twitter.

Amy Poehler was pregnant while filming two different seasons of "Parks and Recreation" but was able to keep it under wraps thanks to help from wardrobe, cameramen, and some convenient placement of Aziz Ansari.

"Well, we have just been kind of lucky in the past couple of episodes. Frankly, it's a combination of good camera work and a good wardrobe department," Amy reportedly told Fancast at the time.

Right before Sarah Jessica Parker began filming season five of "Sex and the City," she found out she was pregnant. The news both delayed and shortened the season and the rest of the time was spent covering up Sarah's bump with baggy clothing and purses. Although there were rumors that the writers considered adding Parker's pregnancy into the show, she says it was never an option.

While filming "X-Men: Days of Future Past" Halle Berry was expecting her son Maceo. Director Bryan Singer decided to squeeze all of Halle's scenes into the first few weeks of filming while she was able to comfortably fit into her Storm costume.

"I was pregnant then, I was three months pregnant. It was different. I had to shoot really fast. I shot for about two weeks. That was about as much as I could do before I was busting out of the suit," Halle said on “The Queen Latifah Show.”

Blake Lively hadn't announced her pregnancy while she was filming "The Shallows" but thankfully was able to conceal her bump with her surfboard. She actually performed almost all of her stunts while working on the movie and didn't need a stunt double until the final two weeks of shooting!

Kristen Bell worked around her pregnancy while filming "House of Lies" and even had to film sex scenes while seven months pregnant!

"I delivered two weeks after we wrapped. There was a storyline in the second season when my character has a sex tape...We had to shoot the sex tape and I was seven months pregnant at that time. They were like fitting me in these negligees, and I had this huge beer belly, huge gut and I was pretending to act in a sex tape. Now I can forever look at my daughter and say, 'Oh, you were present for that.' [They shot above my belly] and then they just took it out. I tried to work it. I’m very comfortable with the crew," Kristen joked on Conan.

Claire Danes had CGI on her side when it came to her pregnancy during the second season of "Homeland."

"I've been pretty fortunate thus far — we're in the middle of filming our second season and luckily we've been able to conceal it. It's now getting to the point where I'm looking a little knocked up. They haven't written it in, but they'll be able to manipulate it in post and do some CGI trickery and make Carrie not so pregnant," she said on Live! With Kelly and Michael at the time.

Jaime King attempted to work around her pregnancy while filming "Hart of Dixie" and actually was on the set up until the day before she gave birth!

"I shot until the day before I gave birth, literally, then went back six weeks later…it was gnarly! But the blessing was by doing what I love to do it kept me distracted and it kept me active and healthy and I felt safer being on set because I knew if anything were to happen, my crew and cast would take care of me," Jaime told Us Weekly.